That art style just doesn't work for me. It's like a cross between LA Noire and the animated Lord of The Rings film.

Johnny Jalfrezi wrote:That art style just doesn't work for me. It's like a cross between LA Noire and the animated Lord of The Rings film.

You monster! The animated LOTR film is one of the strongest childhood television memories i have. It just seemed to magical and unsettling. 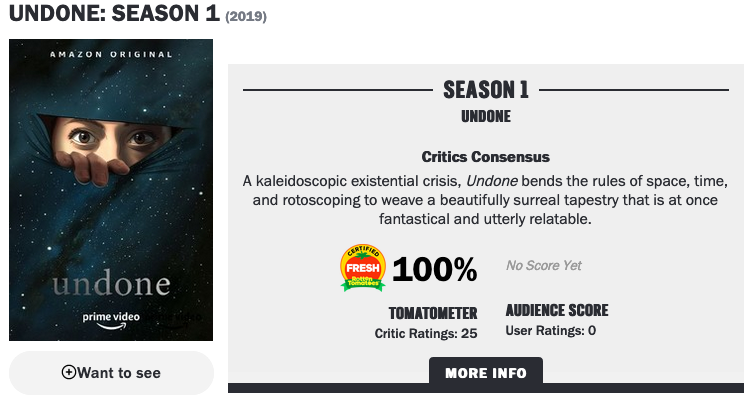 Episodes are only 22 mins long so watched a couple of episodes, pretty good, like the cast.

Johnny Jalfrezi wrote:That art style just doesn't work for me. It's like a cross between LA Noire and the animated Lord of The Rings film.

Reminds me of A Scanner Darkly, both in art style and existential trippiness.

The Expanse is indeed amazing and anyone even mildly interested in Sci-Fi should give it a watch.
Yes it has awesome space combat but it has fantastic characters and my favourite is the Secretary-General of the United Nations and I never thought I'd say that before I watched this. The story is great and unexpected and it has awesome special effects as well so it's just a great show.

I'd say even if you don't normally like Sci-Fi give it a try as I think once people can get over the fact that it's set in space they'll see that it's just an interesting story about a future where being in space is just a natural extension of how people live. They even explain how the economy works on Earth when automation has pretty much made every job redundant.

It really is good, I really like that they didn’t make space travel super fast like Star Wars where you just “zap” there.
Obviously tech has improved and they can break the light barrier but there are still limits and that.

The Expanse is the best sci-fi show in years. Always makes me want to play Elite.

1st 3 episodes then an episode every week after that.

1st 3 episodes then an episode every week after that.

Absolutely loved season 1. Definitely feels like hardly anyone has actually seen it though.