Knoyleo wrote:Whatever happened to the days when the Nexus and OnePlus phones were giving you flagship handsets for south of £300?

Are there any good, up to date handsets in that de range, or are they all just cut back/outdated models, now?

Companies can't run ay a loss forever at some point they have to increase prices to gain profit.

It'll be worse if Google start charging oems for android which they currently don't as a result of new rules from the eu after their fine.

strawberry float the companies, I want my bleeding edge tech for under £300.

Something that cost £300 five years ago is probably going to cost about £370 now based solely on monetary change with inflation and currency values, so about half the price rise probably has nothing to do with the hardware or increasing profits.

I got a Pixel a few weeks ago on a deal I saw on HotUKDeals for £195. Most I was willing to pay and am very happy with it.

And now I am considering paying £900 in 2018 for the Galaxy Note 9 in a few days time. Can't imagine the Pixel 3XL will be much cheaper.

Smartphone price inflation these last few years has massively gone up especially when Google scrapped the Nexus range and introduced Pixel. Samsung and iPhones were never as cheap as the glorious days of Nexus 4 and 5 but £1,000~ flagships are normal.

Still plenty of perfectly good models for around £300-400 range. If you're paying nearly a grand for a phone you better have a good reason or a lot of money.

I urge anyone who doesn't want to spend silly amounts on a phone call to check out the Nokia 8. Now £259 in john Lewis. Great phone.

Meep wrote:Still plenty of perfectly good models for around £300-400 range. If you're paying nearly a grand for a phone you better have a good reason or a lot of money.

I have a nexus 6p so a phone at that price range won't be an improvement. Would just be a replacement and probably a compromise in some areas.

I can afford it and I need an upgrade. Battery on this phone is strawberry floated.

Poco F1 looks like it could shake things up. High spec phone at budget price from Xiaomi. Probably have to import like their other phones though.

The Honor 10 is great still at sub £400. Had it since around launch and still loving it.

If you shop around you can do well.

Recently bought an S8+ second half for 320 from Amazon - said the back was all cracked but there's barely a scratch and the battery still lasts all day no bother.

Random new phone company in Germany doing a cheap phone with their own android skin that's black and white.

Got an s9+ with a work discount. I love it. Samsung are definitely pushing the premium end, the screen and speakers are something else.

UI is nowhere near as bad as the last time I was near a Samsung either. Note looks cool but too big for me I think.

Can confirm the whole price inflation thing. I recently turned in my Asus Zenfone 3 which I had for 2 years as I had an extended warranty on it which was about to run out and I replaced it with an Asus Zenfone 5q. Spec wise, it's nearly the same thing!

Yet 2 years later the 5q costs more, how is that possible? When it was released the 3 was basically flagship level, while the 5q is barely mid range, and somehow the camera is worse and it's had a bunch of features removed!

So now I'm regretting turning in my 3, but if I didn't I'd lose out on the $100 that the extended warranty cost me. I'm going to bring back my 5q though and get another phone but the only problem is I need to select something from this list...

Does anyone have any suggestions? The one thing I found that looks good spec and price wise would be the Zenfone AR, on there it's listed for $899, but I've found it from somewhere else for $499, so I can get a price match, only problem is the reviews for reliability are awful.

The state of the notch and chin on the 3XL... 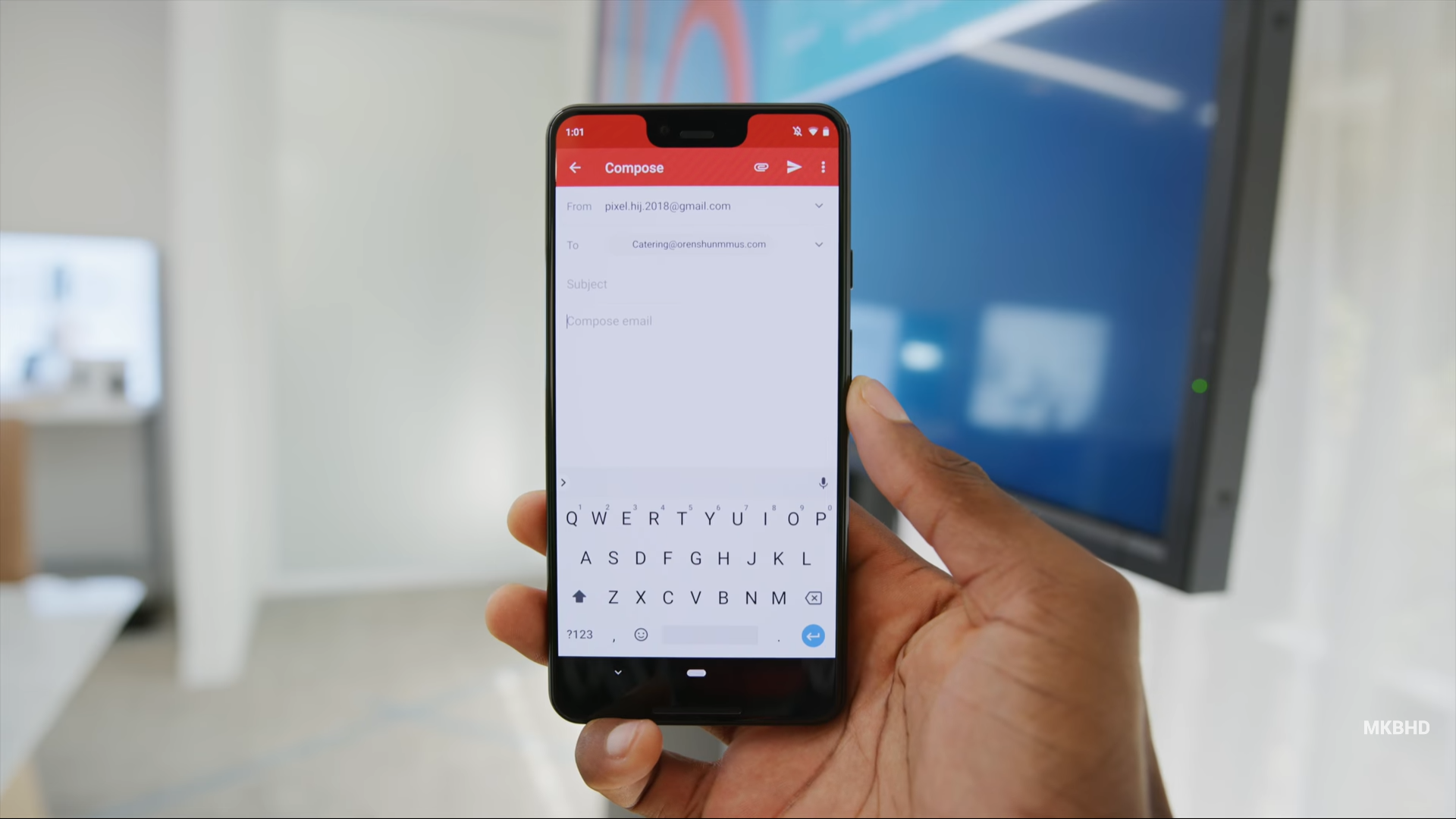 So big you could stack the notifications on top of another (it doesn't do this). 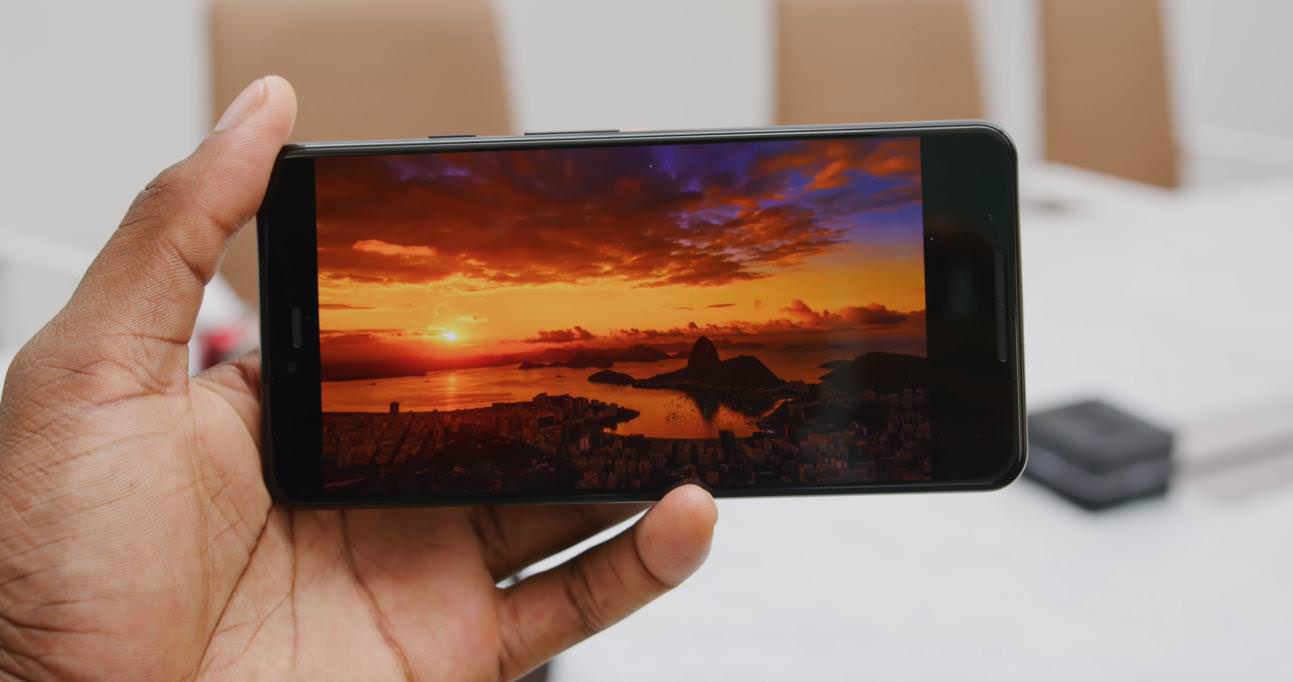 Sooooo off-centre, would drive me mad.

On the plus side the camera is almost certainly going to be the best camera of 2018 just like the Pixel 2 was in 2017.

And I'm sceptical of the screen claim because I can't see it being better than my Note 9:

Got a lot of travel coming up, anyone got good game recommendations? Thinking along the lines of Civ/Age of Empires style historical game if there's one that's good. Thanks.

Why can't we just have cameras behind the screen and just turn those pixels off when it needs to be used? OLED and other displays are transparent when not powered so I'm sure it could be done and get rid of the notch rubbish.

Or just build a phone for people that don't take selfies or make video calls, like me. I want a completely bezeless phone with no front facing camera.

Rocsteady wrote:Got a lot of travel coming up, anyone got good game recommendations? Thinking along the lines of Civ/Age of Empires style historical game if there's one that's good. Thanks

In case it's of use to anyone, Virgin have a promotion on at the moment which multiplies the data you would normally get for a simple only deal. I called them up to get their 10GB deal and am unexpectedly getting 50GB a month.