Anything to do with games at all.
Post Reply
316 posts

What was Amazon originally selling it for? 50?

Seems like a bit of a weird seller though and you won't get it for over a week.

Glad I didn't buy it at on Friday now though. These rapid price drops are a bit of a poisoned chalice, people will just keep holding off to see how low it goes, you piss off people who paid an extra £10-15 for a weekends play and it devalues your product.

I'm sceptical the game deserves as much as a kicking as its gotten, especially when you consider the gaming presses blind spot for certain other games and publishers that just get a free pass. EA and Bioware just need to manage the fallout properly and not go into panic mode and make people lose faith in any kind of long term improvement.

Godzilla wrote:What was Amazon originally selling it for? 50?

Even Fallout 76 took longer than this to drop that far. Damn.

imbusydoctorwho wrote:£35 already on Amazon, just three days after launch.
Guess it'll drop to £20 once the Division 2 is out.

Amazon themselves are selling it for 49.99. It's just another seller who sells via amazon that's cheaper. So hardly Fallout 76 levels yet.

My guess is that the seller had hundreds/thousands of the game and realise it may not be a fast seller and decided to cut his/her losses to be on the safe side.

Anyone elsw get an email from Amazon offering them £5 off Anthem valid until March 1st?

Slayerx wrote:Anyone elsw get an email from Amazon offering them £5 off Anthem valid until March 1st?

We are delighted to inform you that you have been selected to receive a voucher to save £5 when you order Anthem on PlayStation, Xbox or PC to thank you for purchasing video games from Amazon.

Please find below your unique promotion code, valid until 23:59 on 1 March 2019. Please note that this promotion is only valid for eligible editions sold and dispatched by Amazon:

The hardcover guide has also dropped to £11.84, having already received a discount to around £13 from its £19.99 RRP prior to even launching.

I just got that email. LOL DELETE

There's a really good stream of patches to improve this - and I'm having a lovely time playing it. I'm still not convinved of it's longevity though

I just loaded Origin for the first time in a few days.

Lagamorph wrote:I just loaded Origin for the first time in a few days.

These patches are becoming bloody stupid

Current big story is that the latest patch causes hard crashed on PS4 which can break your console.

The game has now replaced Fallout 76 as the go to game to hate and make negative videos about. Not that I'm saying it's undeserved, just that now the internet smells blood it's doomed.

Apparently Sony are offering refunds. As they should.

Both are internet rumours etc

It's crashing and unstable but one guy on reddit is hardly proof of bricking - but it's become "a thing" on the internet down.

I'm done with the campaign - pretty good, if an odd mix of looter/3rd person and BioWare RPG characters. But barely more than skin deep (I enjoyed all the characters, but influenced our relationships little)

The endgame seems dire. 3 activities (basically moderately sized missions) that drop loot. Which you can do at hard difficulties for...the same loot? So there's no reason to do so. It's very Diablo3-at-launch like.

It's actually opened up in terms of gameplay - with Masterwork gear perks, fundamentally affecting how you play...but there's just not enough to do.

I'm baffled how a game 3-6 years in the making can have so little content. The campaign isn't incredibly long and it is in similar environments.

MAYBE there's loads of content held back to drip feed content/ongoing story - I'd hope so - because it desperately needs it to have any longevity.

Auto-scaling gone wrong? Or maybe a deliberate hidden buff to the starter gun to make new players more likely to stick with the game, similar to as happens with competitive shooters? The former sounds most likely but I'd love to hear an explanation regardless.

Auto-scaling gone wrong? Or maybe a deliberate hidden buff to the starter gun to make new players more likely to stick with the game, similar to as happens with competitive shooters? The former sounds most likely but I'd love to hear an explanation regardless.

Reddit thinks it's auto scaling gone wrong - Bioware are saying it's just the starting guns that are affected.

Absolutely fantastic article here from Jason Shreirer over at Kotaku:

It wasn’t even supposed to be called Anthem. Just days before the annual E3 convention in June of 2017, when the storied studio BioWare would reveal its newest game, the plan had been to go with a different title: Beyond. They’d even printed out Beyond T-shirts for the staff.

Then, less than a week before the Los Angeles press conference held by BioWare’s parent company, Electronic Arts, word came down that securing the rights to the trademark would be too difficult. Beyond was ruled out. The leadership team quickly switched to one of their backup options, Anthem. But whereas Beyond had been indicative of what BioWare hoped the game would be—you’d go out beyond the walls of your fort and into the dangerous wilds around you—Anthem didn’t really mean much.

“Everybody was like, ‘Well, that doesn’t make any sense—what does this have to do with anything?’” said one person who worked on the game. Just days before their game’s announcement, the team at BioWare had a brand new name that nobody really understood.

Just spent 20 minutes going through this long-read and it's both fascinating and tragic. I loved his expose on the development of Andromeda (where Anthem is mentioned briefly as Project Dylan) and this is just as in-depth. It really shows how disjointed and splintered BioWare have become, and how the studio behind Mass Effect and Dragon Age is basically gone.

EDIT: And now BioWare have responded, essentially claiming the press is out to get them and that it's only the opinion of the 'Players' that matters.

One mandate from Anthem’s directors had been to make the game “unmemeable,” a reaction to Mass Effect: Andromeda‘s jittery facial animations, which became an internet joke in the days leading up to that game’s release. 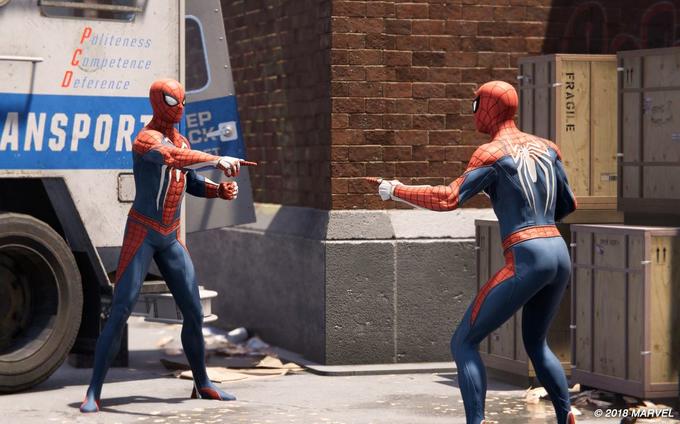 I get it was more an order to get people to not laugh at it instead of with it, but that just reads like corporate suit man not understanding the internet and how fans interact nowadays.

Perhaps the most distressing thing to come out of that article is that the typical "EA strawberry floated BioWare!" excuse plain doesn't work anymore. Both Anthem and Andromeda were horrible messes due to the indecision and, dare we say it, arrogance of BioWare Edmonton themselves.

The fact that that awful response was direct from BioWare and not EA only adds to the impression that the developer itself has become the problem.