Are you a consumerist?

Am I a consumerist?

I put it down to OCD. When I get an idea about something in my head I find it hard to get rid of it. I change my phone, via Cex at least 4 times a year which is insane. I'm really trying to stop.

Carlos wrote:I put it down to OCD. When I get an idea about something in my head I find it hard to get rid of it. I change my phone, via Cex at least 4 times a year which is insane. I'm really trying to stop.

Used to do the same with games consoles. Utter madness but definitely compulsive behaviour.

Maybe the next time people are considering doing somethingike this that will lose them money they can post in here for help rationalising it.

I tend to buy what I need, a game or 2 when I want a treat and normally that's about it. Most of my money these days goes on food and drink.

When it comes to stuff that comes to my hobbies though, then I will just buy stuff. I have so many craft things its unreal. I'm having to avoid going into art shops and hobbycraft at the moment so i can use up all the stuff I already have before I start buying anything else!

I very rarely feel the need to buy anything day one. I mean, I'll want to buy stuff eventually, but I can wait.

Preezy
Skeletor
Joined in 2009
Location: The North Pole of Eternia

Prototype wrote:Is your life defined by the continual feedback loop of being excited to buy something new, buying it, and then quickly moving on to the next thing you *think* you're looking forward to?

I think this only really applies to when I buy games for my Switch (and sometimes my PS4). I've got plenty of games that I've researched and got excited about and then when I buy them and play them for a bit I get bored and move onto something else and the cycle begins anew.

Doesn't really apply in any other aspect of my life though, I don't think.

I do buy stuff but for years now I've tended to be a 'buy once, get it right' kind of person - I'll spend a while checking out what's most suitable, have a go with it (e.g. new music keyboard) and if it's not right, walk away, rather than be committed to purchase based on my own hype, what's reviewed well or is the latest best thing.

I do remember when I was married (years ago) that it felt like every Saturday was a trip down the shops with my wife to select and purchase things. When I got divorced and was clearing out the house I found a load of clothes my ex-wife had bought that still had labels on, never worn. That's when it hit what a waste of time and money that kind of life was.

I get excited and buy on or near release new games fairly often, and occasionally will do similar for a new film, TV series, book or album. I'm not sure that's directly consumerist in the sense of buying new things although I do have a preference for physical media and that definitely has similar aspects to it. I like to think I'm quite practical in purchases otherwise - I've only ever owned 3 phones for example, with the third being the only one I've bought myself, and I've only ever owned 2 TVs, the first a portable CRT and the second being HD. The disposable culture and constant upgrades of phones and TVs especially seem to be the most prominent examples of wasteful consumerist culture. Along with computers/laptops, which I'm slightly more guilty of having owned 3 laptops (although two I use currently for different purposes).

Of course I enjoy getting nice new things so I won't pretend otherwise, but maybe I'm just at a stage in my life where everything seems justified because I haven't owned any equivalents before! Like for my birthday I got a pair of whiskey glasses of the same design as used in Blade Runner, so the pop-culture influence is blatant, but I've not owned whiskey glasses before and I drink a fair amount of whiskey so it wasn't a wasted purchase in that respect, and unless I smash them I won't need to buy any more for life now.

I'm generally very good at only buying what I need to, I don't like to spend money if I can avoid so I'm pretty good at making do with what I've got and rarely indulge in any expensive items where a cheaper functional option will get the job done.

Gaming is probably my one main indulgence, but even there I tend to be quite thrifty, rarely buying something expensive on release if I can wait for a sale etc.

Biggest splurge is usually once every 5-6 years where I will go off with the intention of building a budget conscious gaming PC and end up spending way more than I intended to because it turns out that like my friend the Dean from Community I too am a level 7 susceptible: 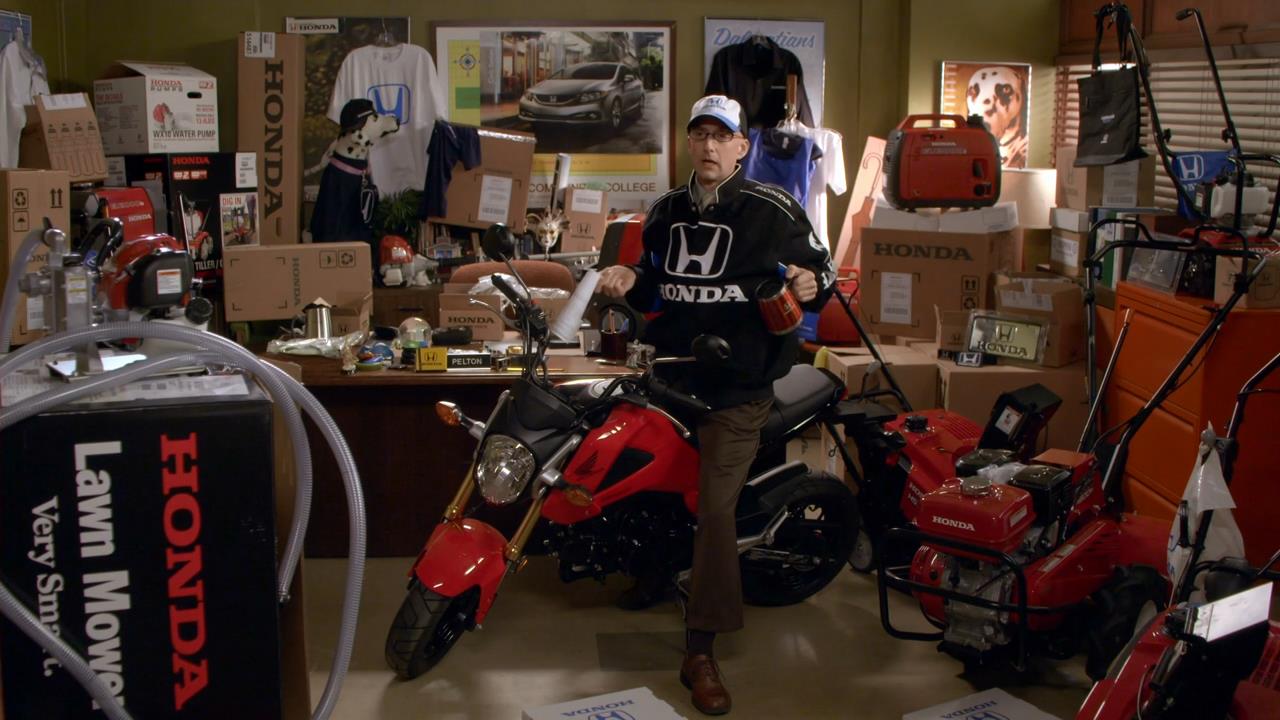 I constantly re-use, buy second hand, hold onto clothes for absolutely years and play games from generations long since past. I pick up consoles at least 2-3 years into their lifecycle, if not after they're already off the shelves. Since I was very young I was geared towards buying what I thought would provide me the best value because I didn't have a lot of money; I never cared about what was popular.

I repair things, and the most money I have spent besides essentially living costs is probably on business expenses with which I make more with than I spend. So I'm a producer;- almost the opposite, but I certainly don't think I'm doing the earth any favours.

Wonder how folk who said they'd avoid the xsx and ps5 are getting on given every body and their dog are now tweeting about it?

Tsunade wrote:When it comes to stuff that comes to my hobbies though, then I will just buy stuff. I have so many craft things its unreal. I'm having to avoid going into art shops and hobbycraft at the moment so i can use up all the stuff I already have before I start buying anything else!

My sister went through a long phase where she bought a ridiculous amount of craft stuff. When I lived with them, my bedroom was 75% filled with her craft materials. It was hilarious how mad she was for it.

That has now been replaced by wool. She's addicted to buying it.

Prototype wrote:Wonder how folk who said they'd avoid the xsx and ps5 are getting on given every body and their dog are now tweeting about it?

its the software that will draw me in - i bought an xbox360 for gta, and a ps4 for Bloodborne. im not buying either until theres something i really want to play

Prototype wrote:Wonder how folk who said they'd avoid the xsx and ps5 are getting on given every body and their dog are now tweeting about it?

I'm avoiding them because I'm skint. It doesn't bother me if other people have new things.

I think society functions by creating common mythologies, ideas, that large groups of people can essentially identify themselves by. Previous attempts at this were tribal identities, and then religion. Consumerism is the next form of this. I exist and participate in modern capitalistic society, and as such I am a consumer by nature, and I do define larger parts of my personality than I'd like to admit through identifying with products. I don't buy like anything around release and I don't really feel an urge to spend money on gooseberry fool, but I do get caught up in hype cycles and large parts of my energy are spent interacting with products I own in some way.

I guess when people grow older they can identify themselves more around their families and whatever, but I don't have that and likely won't for another decade or so.

was Vtheyoshi on (S)ONM. V I was, V I remain
sig made by the venerable Krik
Top

Everyone likes a shiny new toy every now and then, right? I am not a frivolous spender though, I often go months and months without buying anything beyond essentials. Unless you consider beer to be non-essential, in which case gtfo.

I used to be as much as the next guy. Then I relocated across the country over the course of a year, so had all my non essentials moved to my new place and kept my essentials with me between the two or at the old place. I very quickly realised how little I need to keep me happy itemswise, and ended up clearing out most of the stuff I originally moved.

Now I get a bit anxious when the missus or someone buys me something. I've gone from "exciting new thing" to "great, something else I have to store".