Baba is You (Switch, PC) is Excellent


Wikipedia wrote:Baba Is You is a puzzle video game created by Finnish indie developer Arvi Teikari (known professionally as Hempuli). It was released 13 March 2019 for PC and Nintendo Switch.

The game centres around the manipulation of "rules"—represented by tiles with words written on them—in order to allow the titular character Baba (or some other object) to reach a specified goal.

The player, usually, controls a character known as Baba, but it may be different in some levels. Each level contains various movable word tiles, corresponding to specific types of objects and obstacles on the field (such as Baba itself, the goal flag, walls and environmental hazards, and other creatures), linking operators such as "is" and "and", and verb tiles reflecting the properties of these objects (such as "you", which makes the object become controlled by the player, "push" to make them movable, "stop" to make them impassable, "win" to specify the goal, "sink" to make items drown in it, and so on). The object of each level is for the player to reach the goal by manipulating these tiles to create or modify "rules" by which they behave. For example, the goal can be changed by moving "is" and "win" blocks to another object, and the player can travel through objects by removing the "stop" trait from them. Levels can force specific rules by placing their blocks in a corner, so they cannot be moved. The game contains over 200 levels.

If it weren't for SMM2 hogging my playtime I'd be sorely tempted to get this tonight. Has anyone else here played this on PC or Switch? What do you make of it?

EDIT: I bought this and you should too as it's very clever and very satisfying and different to most other games you're probably playing. It's great!

Balladeer wrote:I'm quite sad to see Baba getting a price cut. It's a marvellous little game and deserves to be played at full price.

How long is it? I remember it catching my eye in an indie direct but it had slipped my mind until I read you rpost.

Depends how long you stick with it, but you can mostly not worry about the playtime. I stuck with it a little bit and my time is currently at about 20 hours.

A Youtube playthrough I watched had the game fully (as far as I'm aware) finished in about 60 hours.


But it's going to depend a lot on how easy a time you have thinking the way the game wants you to. If you pick up on the puzzle vocabulary quickly and easily it might be beatable in... ~20 hours?
Or it could take you over 100 hours, if you have the patience for it at that kind of pace. Don't let that scare you away, though. It's a fantastic puzzle game and despite giving up on it about 1/4th of the way through I don't regret buying or playing it at all.

Tomous wrote:Wow, that’s a much longer game than I expected.


Think I’ll definitely give it a go at that price.

jawafour wrote:Seeing the chat here about Baba is You, I'm tempted to dive in so I've done some digging and reviews are generally very positive. The one thing deterring me is mention of the difficulty; apparently it starts off being pretty accessible but presents a bit of a challenging spike after not too long.

For those of you playing it, do you feel that the solutions are logical and achievable?

(As in, BIY deserves its own thread.)

Winckle wrote:Thanks for the heads up on Baba Is You, I've picked it up for the weekend.

Jazzem wrote:Tempted to get a few others. Most likely Baba is You, especially after the praise on this page

Squinty wrote:I looked at some videos of Baba is You.

That is guaranteed to melt my head. It's a really great concept.

Balladeer wrote:I'm quite sad to see Baba getting a price cut. It's a marvellous little game and deserves to be played at full price.

It got great reviews and appears to have sold well, surely reaching a wider audience is a good thing?

I still need to get it, but that playtime is actually putting me off...

jawafour wrote:...For those of you playing it, do you feel that the solutions are logical and achievable?

They are bloody hard but always logical and achievable. That’s why I like it so much: the feeling of ‘FARKIN’ YASSSSS’ when you beat one of the harder ones is immense because it’s all down to your mental skill!

I like that idea, Balladeer - thanks for the info!

Well, I grabbed this. Will maybe play it if I get Bloodstained or Sonic Boom finished soon. The problem I have for the next 6 weeks starting from Wednesday is my streams are going to be cut in half, meaning I'll have less game time.

Level 5 and the Baba is lava solution

Seen a couple of streams of this and it looks like a great time. Had enough coins to grab it for free on the switch, and I'm internet challenged for a while so this is a good a time waster as any.

Just spent 45 mins playing this for the first time. I feel both smart and a complete idiot

. I spent ages trying to work out room 5... my brain was making simple things way too complicated!

Ironhide is playing
Game is hard
Brain is hurt

This game is great! I started it last night, playing it "couch co-op" style with my partner. Shouting out ideas and just laughing at some of the absurdities of the game.

Winckle wrote:This game is great! I started it last night, playing it "couch co-op" style with my partner. Shouting out ideas and just laughing at some of the absurdities of the game.

This is exactly how I want to play it.

I'm in the Lake section. I spent a little while on puzzle 2, Turns, last night and got nowhere. This morning - blam! - sussed it out right away! "And"

Winckle wrote:This game is great! I started it last night, playing it "couch co-op" style with my partner. Shouting out ideas and just laughing at some of the absurdities of the game.

This is exactly how I want to play it. 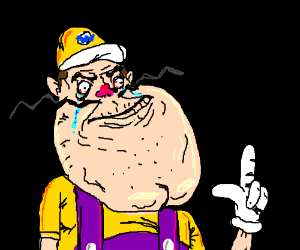 Lake 5 - Brick Wall. Took embarrassingly long to complete... it's so easy once you realise the solution, too

I'm finding that, in these early stages, I'm looking for complex things where only simple things are needed.

Great game, great thread, great that people are buying it and enjoying it!

Most of the levels aren't too complex, and instead have one 'cracking point': if you get that you solve the level and feel like an absolute boss.

I've had it for a while before most of you bought it on sale. I'm in the Deep Forest and down to the last two levels and fuuuuuuuuuu-

Or read about why Untitled Goose Game is fine art.
Top

jawafour wrote:Lake 5 - Brick Wall. Took embarrassingly long to complete... it's so easy once you realise the solution, too

I'm finding that, in these early stages, I'm looking for complex things where only simple things are needed.

I haven't actually played it in over a week now thanks to Stardew Valley basically taking over my life, I'm even having dreams about crop rotation and fishing.

Picked this up in the sale as well, will give it a go tonight!

Just completed 1-The Lake-Submerged Ruins. Took me *ages* but I feel like a genius