Below - PC, XB1 - Due on PS4 in spring, with new Explore mode which tones down survival elements

Anything to do with games at all.
Post Reply
94 posts

Interesting impressions, I had no idea it had randomly generated dungeons.

Looks very nice, pushing for release this year but if not early 2016.

I won't get to play for this ages but I am still resisting clicking on that.

No firm release date yet?

Survive or Permanently Die in Capybara Games’ Below

My recent hands-on session with Capybara Games’ eagerly awaited Below didn’t conclude with an epic boss battle, a cinematic set piece, or a nail-biting cliffhanger… but with a cup of soup. But I’m getting ahead of myself.

Twenty minutes before I discovered said soup, my character washed up on a beach, and I was immediately struck by Below‘s effective use of scale. Not so much in the traditional sweeping sense, but in how insignificant my character felt in the world. Compared to his top-down surroundings, my “wanderer” looked like a relative speck.

According to Creative Director Kris Piotrowski, making the player feel small and vulnerable is intentional. “I wanted to make a game where an entire level could fit on one screen,” said Piotrowski. “It was just an idea of using the HD display capabilities to not go in closer and show cooler details – but instead pull out and use the whole screen as a level. I love the idea of being a little speck of light moving through a very ominous world.”

Of course, seeing so much of the world onscreen at once also fuels the desire to explore, which I began doing immediately. Below doesn’t include a tutorial, though, so surviving in the big, bad world means learning on-the-fly. It didn’t take me long to figure out that RT and LT swing the character’s sword and raise his shield, respectively. I utilized the simple-yet-responsive combat mechanics to best some sprite-like enemies. Looting foes and finding random goods also filled my inventory with charcoal, cloth, a carrot, a sharp stone, and other seemingly random items.

Upon exploring some caves and following a few winding staircases, I discovered a small lake. I jumped in and watched fish swim from the ripples I created, which gave me an idea. Earlier, I’d found a spear-like object, which was perfect, it turned out, for skewering trout. While I’d previously felt a bit untethered by Below‘s lack of hand-holding, learning to spearfish – and in turn feeding my depleting hunger meter – provided an unexpected sense of satisfaction.

My celebration was short-lived, however, as I was soon shish-kakobbed by an inconspicuous spike trap; karma for impaling the poor fish, I suppose. It’s at this point that I was returned to the beach as a new wanderer, and Piotrowski told me “Because your life is fleeting and fragile, you are constantly starting a new character every time you die.” Not nearly as punishing as it sounds, this roguelike-inspired permadeath mechanic saps your life… but not your progress.

As a brand-new hero, I made a beeline for my corpse and collected the loot from my previous self. All other progress – including defeated enemies, opened doors, and discovered areas – also remained intact. Sadly, the long trek back to my decaying wanderer again brought me to the brink of starvation. I found a fire to cozy up to, but had no food to cook over its flames. Piotrowski stressed that exploration and combat are Below‘s focus, but reminded me that crafting also plays a strong supporting role.

Taking his hint, I discovered the game’s crafting menu and found – alongside the carrot that I’d picked up earlier – an empty bottle and two potatoes. I took the jar back to the watering hole, filled it, tossed in the root vegetables, and cooked it over the fire.

With soup consumed and demo concluded, I asked Piotrowski how a game can make something as simple as cooking feel so rewarding. “Most games sort of focus on player empowerment, becoming more badass and becoming just like a decked-out dude with wicked armor and stuff,” he explained. “Below is kind of the opposite of that. You have one life; you don’t know how things work. You just have to make it work, and figure it out. As you go, you learn different things about the game world, and become better at it, and learn from other mistakes – and that’s the sort of main idea behind Below.”

Below doesn’t have a release date yet, and Piotrowski noted, “I’m sorry it’s taking so long. Any time you set out to try to make something totally bonkers and technically and conceptually difficult, it takes time.” Based on my time with the ambitious indie, though, I can’t wait to dive back in to explore, survive, fight, and (of course!) make more soup.

Yeah not really arsed about this anymore, announced too early and all my hype is gone. Almost three years and still no release date

Dunno about hype but I am still looking forward to its release.

I can understand the frustration of these long waits, but what's the point of being independent if you then cannot, or do not do things how you want them, even if that means taking a lot longer than expected to release a game.

They shouldn't have announced it so early. Wouldn't surprise me if they didn't have a choice to announce it back then and it was Microsoft's decision instead. 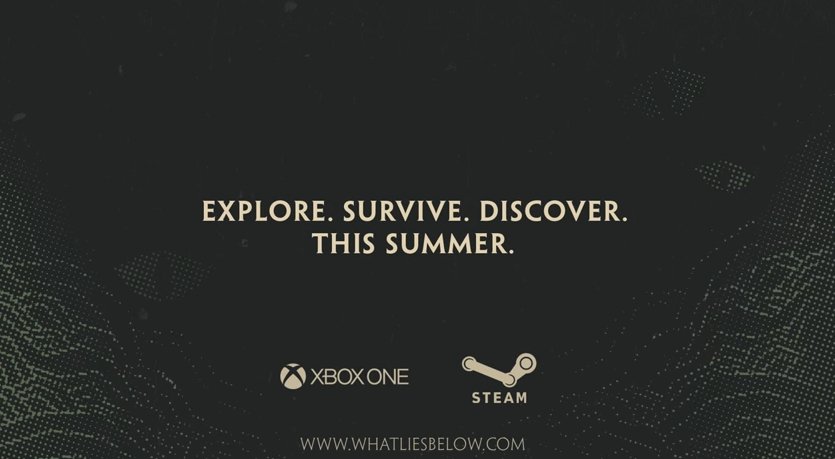 New (Found at end of video)

The miniature mysteries of Below - How Capybara is mixing roguelikes and Zelda to brilliant effect.

Users browsing this forum: No registered users and 51 guests