Anything to do with games at all.
Post Reply
33 posts 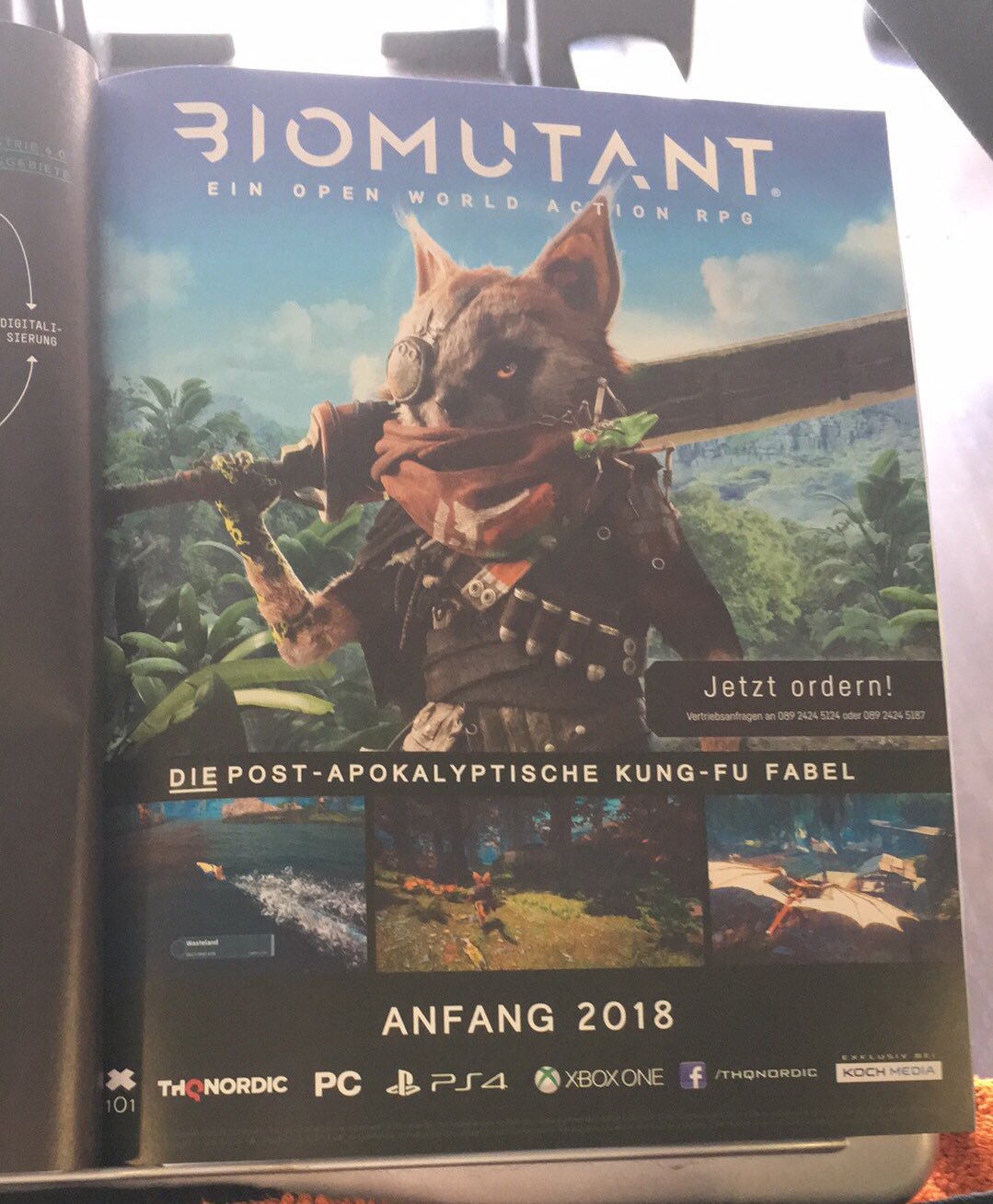 Not sure if I'm allowed to link directly to scans/photos from magazines, but in the recent German GamesMarkt magazine there is an ad for a THQ Nordic-developed Open-World Action-RPG called Biomutant, coming Early 2018 for PS4/X1/PC. Check this guy's twitter: https://twitter.com/Tino_Hahn/

The protagonist is a racoon(?) with a sword who judging from the tagline knows kung fu!

Guardians of the Facsimile.

This just makes me want another Jade Empire game.

Post-eclipse Rocket was never the same.

I see people assume it's rocket, I assumed it's sly Cooper.

Clearly a Starfox Adventures sequel but where you play as the baddie. 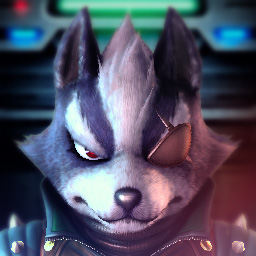 So wolf turned into a raccoon?

You seem to be taking me seriously Pedz. A deadly mistake.

Sly's got his own cartoon series, set to launch next year. The movie's on hold until that succeeds/fails.

rinks wrote:Guardians of the Facsimile.

With a smidgen Master Shifu from Kung Fu Panda.

PostRe: Biomutant - From ex-devs of the great/good Just Cause+Mad Max games - Cinematic trailer and details within
by Saint of Killers » Mon Aug 21, 2017 11:01 pm


You have full freedom when equipping your character. Not only when it comes to choosing weapons you created, but also what type of gear you wear. Equip a gasmask and an oxygen tank for exploring the Dead Zones, thermos-resistant clothes for venturing into cryonic areas or protective gear for taking on bio-contaminated creatures, the choice is up to you.

Unleash your creativity when crafting weapons. Mix and match parts to create your own unique single- or double-handed slash, crush and pierce melee weapons. Revolvers, rifles and shotguns and add modifications from cork-screws and battery-powered chainsaw modules to bio-contaminated sludge vials, that’ll give edge to your combat arsenal. There are even characters you’ll meet that’ll craft cool stuff for you, like bionic wings, a jump-pack and even let you modify your Automaton – the scrap-toy sidekick!

The martial arts style combat system allows you maximum freedom of movement and agility while mixing shooting, melee and powers from your mutations. Acquiring new Wushu combat styles through progression, and learning from masters you’ll meet, constantly adds to your choices and makes sure combat never gets old.

You’ll be able to recode your genetic structure to change the way you look and play. This will of course affect your attributes and in addition to this, exposure to bio-contamination in the world will lead to physical mutations such as mantis-claws and barbed tails, while exposure to radioactivity found in bunkers from the old world will affect your mind and unlock psi-mutations including telekinesis, levitation and more.

You’ll create your own adventure as you journey explore the open world and what lies beneath its surface, by foot, mech, jet-ski, air-balloon and more. Traverse the dying wildland, the tunnels and bunker networks of the underworld, and find your way up the mountains or out in the archipelago. There are lots of discoveries to be made, mysteries to unravel, creatures to confront and weird characters to meet in this vibrant and colorful world.

Your actions play a major part in the unfolding of a story where End is coming to the New World. A plague is ruining the land and the Tree-of-Life is bleeding death from its roots. The Tribes stand divided, in need of someone strong enough to unite them or bring them all down…

Although you are guided through the world by a Storyteller that narrates every step of your journey, it’s your actions and choices that’ll decide how your story of survival ends.

PostRe: Biomutant - From ex-devs of the great/good Just Cause+Mad Max games - Cinematic trailer and details within
by Alvin Flummux » Tue Aug 22, 2017 2:47 am

Equip a gasmask and an oxygen tank for exploring the Dead Zones, thermos-resistant clothes for venturing into cryonic areas or protective gear for taking on bio-contaminated creatures, the choice is up to you.

What choice is that? It's not as if we'd be able to survive in those areas without those specific clothing types.

PostRe: Biomutant - From ex-devs of the great/good Just Cause+Mad Max games - Cinematic trailer and details within
by Victor Mildew » Tue Aug 22, 2017 8:36 am

I liked the choice I had in TLOU where Joel had to put a gas mask on to not die in certain areas.

PostRe: Biomutant - From ex-devs of the great/good Just Cause+Mad Max games - Cinematic trailer and details within
by Saint of Killers » Tue Aug 22, 2017 8:53 am

My guess is you can venture into those zones without that stuff? That or, the choice isn't the clobber but rather which order you craft/obtain it and thus which zone you visit first. Or maybe if you obtain one set of gear it closes the other paths and associated stages until you replay the game? *shrug* But yeah, that "feature" is poorly explained in the blurb.

PostRe: Biomutant - From ex-devs of the great/good Just Cause+Mad Max games - Cinematic trailer and details within
by Victor Mildew » Tue Aug 22, 2017 8:58 am

PostRe: Biomutant - From ex-devs of the great/good Just Cause+Mad Max games - Cinematic trailer and details within
by Saint of Killers » Tue Aug 22, 2017 9:06 am

Amazon US has a LE up. $100+ but you get a cool looking (and not in the least bit contentious) statue.

PostRe: Biomutant - From ex-devs of the great/good Just Cause+Mad Max games - Cinematic trailer and details within
by Trelliz » Tue Aug 22, 2017 9:36 am

Its nice to see a new IP from clearly talented developers, but some of the PR language looks to me like its another open world map-tidying game. I am more than happy to be proved wrong however.

BioMutant won't have any fetch quests

This feature is meaningless without giant enemy crabs to use it on.