Bitcoins and Other Crypto-currencies

I'm guessing if you want to be serious with this crap you really need to optimize your equipment. I spoke to someone else who is doing the same using their gaming PC, their hash rate is about 1.5K/sec, and they told me in a month they mined 0.6XMR, or about $300. My hash rate is 600/s, (I'm using a 1060) but still $150/month wouldn't be too bad. The only thing is I imagine by the time I convert from XMR to who knows what, to bitcoin, to actual money I'll probably be left with about 10 cents because of all the damn fees.

And a nice electric bill.

Nah, utilities are included in my rent. Also considering I have two space heaters going pretty much 24/7 as this place is freezing I doubt it would really be a huge increase in electricity consumption.

Do it, then buy a hat with the profits, and post a picture of you wearing it.

That's not a growth wrote:Do it, then buy a hat with the profits, and post a picture of you wearing it. 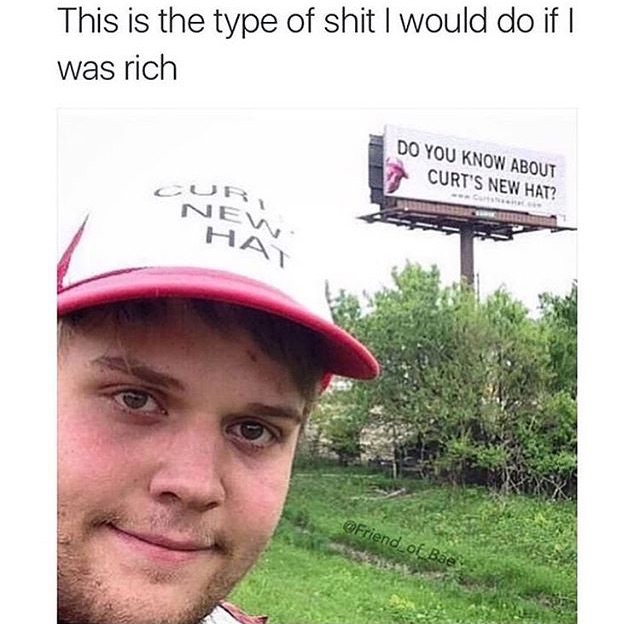 Very smug today as I managed to by 5 Neo at $95, which was pretty much exactly as low as it fell during this dip.

Looks like the recovery is starting now, but my portfolio is below break even currently. Feeling optimistic about the run to Feb.

Should i invest in ripple?

Raspberry ripple - yes
Any other type of ripple - no

I'm a believer in Ripple so I'm going to say yes. The future for XRP looks very promising, but the potential value of the coin is uncertain. It may never go beyond $10, or it could go to $100 plus.

Funniest whitepaper I've read in a while. https://ponzico.win/ponzico.pdf

Apps on ios and Google play store the link above is a invite link and I get 5 coins but is optional.

Bitconnect, which has been accused of running a Ponzi scheme, shuts down

Wait, people were taking out personal loans to "gear" their purchases of something as extremely volatile as crypto currency?!

It's like investing 101 to only invest what you can afford to lose.

Bitconnect, which has been accused of running a Ponzi scheme, shuts down

Anthony Cuthbertson wrote:In a post titled ‘My brother killed himself because of BTC,’ one user wrote about how a sibling became depressed after selling or losing up to 15,000 bitcoins before bitcoin’s dramatic price surge in 2017.

“As the price took off in late 2013-early 2014 you could tell he was distraught over it and became increasingly withdrawn from family and friends,” the post stated, before describing the circumstances of his death.

“If I had missed out on $50M I might have killed myself too. I can’t imagine what my brother must have been feeling these past several years knowing he missed his best and easiest shot at the wealthy life he had always fantasized about.”

Cryptocurrencies are at best highly volatile speculative bubbles on essentially worthless commodities, and at worst outright ponzi schemes. No-one should feel bad for not getting into or keeping track of Bitcoin when its only use was as a way to anonymously transfer money to drug lords and human traffickers.

I'm not having a go at anyone who is into it, legitimately, if you understand the risks then go for it, and if you make some cash then good for you, but I guess being someone that's had suicidal thoughts I feel a kind of connection or empathy with these people who are now in a bad way and it's just so upsetting to see someone in that state over something like this.

At the end of the day I guess I just think if you're into gambling you should take your spare cash to a casino or something. It's got to be more fun than this.

Nope, I would never bet casino or bookies. If you want to gamble your money then buy a diverse stock portfolio and wait, preferably at the bottom of an economic downturn. The market in general tends to go up so on average you will win, unlike a casino whose entire business model is based on people losing. The gambling industry makes money out of the fact that humans don't really understand odds and risk that well and tend to make decisions based on emotion.

Unfortunately that is the same problem we see in speculative situations like bitcoin. People aren't largely buying out of considered estimation of the returns, most people rushing to buy bitcoin are doing so out of an emotional urge based on the fear of missing out. That means we have a situation where the value of bitcoin is based largely on emotion and there's no way I would risk a lot of money on something as flimsy as that. I look at bitcoin as a product and as a product it sucks. Transactions are slow and costly, meaning it is a terrible currency and will never be widely used. There are other cryptocurrencies that do not have these same drawbacks to the same degree so if I was going to invest I would put my money in one of them simply because they are a better product.

I think maybe you might have misunderstood me slightly if you think I was advocating 'proper' gambling either, but yeah, I agree with your post. I guess I would just take it further and say that there is yet to be a cryptocurrency that I've seen and thought "Oh yeah, that looks like it has better odds than blackjack".

When you invest in the stock market, as you correctly point out the odds are in your favour long-term, and at least you're in theory investing in something that has & produces tangible value.

Preezy wrote:Anyone tried talking to people that are obsessed with Bitcoin? It's like talking to a militant Scientologist or a vegan, very cult-like. My sister started preaching about it at Christmas (she's a New York-living vegan and vocal activist about everything) and everyone started rolling their eyes in a "here she goes again" style. Absolutely refused to accept any of the criticisms leveled at it and professed about how it's going to smash the central bank system and set the world on a new path, just like that Zeitgeist documentary about scrapping all money blah blah blah. Bore off.

I dunno, I've never met anyone else who's bought any. Seems strange that you're talking about them like they're everywhere.

It's a big if, but if this becomes more mainstream (I think we're looking at 1% of population who've bought) AND you can buy things with it, then there'll be no stopping it. We've had digital, private currencies before, why not now?

I personally think that it won't quite take off. But I think others will. Whether that's in the form a true currency, rather than just a bespoke transaction programme, is open to debate.

This crash just keeps going and going, we're getting some golden memes though...

Really just wish there was a way to embed this rather than link to reddit...

Nice to see everything is on sale