Bleeding Edge (XB1/Win10) - Team Up. Cause Chaos. Free with Game Pass. Mekko out on Thursday.

Anything to do with games at all.
Post Reply
42 posts 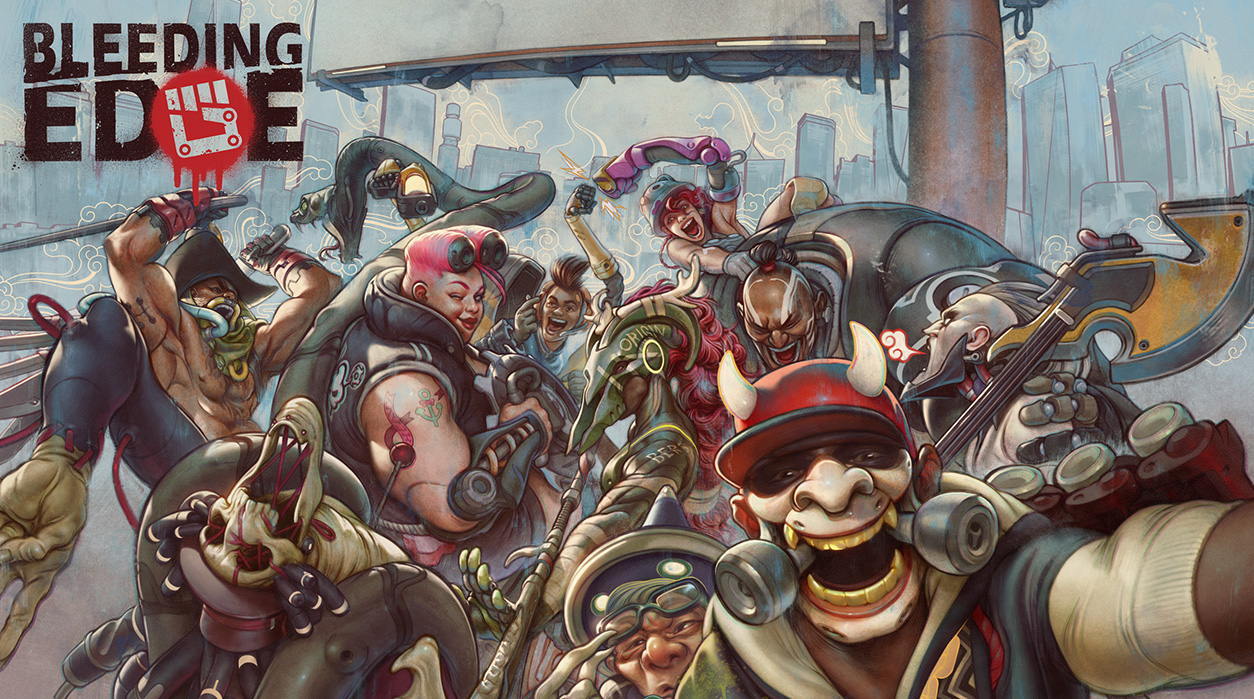 As an all-new game from Ninja Theory, Bleeding Edge offers a one-of-a-kind experience that combines third-person action combat with online team multiplayer. Choose your fighter and join a team of super-charged renegades from the edges of society, executing powerful synergized attacks to become an unstoppable force in the face of your enemies. Freeze foes in time, control minds, ride missiles and unleash electrifying guitar solos in fast-paced yet strategic combat system that rewards technique, timing and teamwork. The game is in development for Xbox One and Windows 10 PC as an Xbox Play Anywhere title.

Sounds like its been in development since 2014. Ninja Theory have 3 other Hellblade sized teams working on other games. 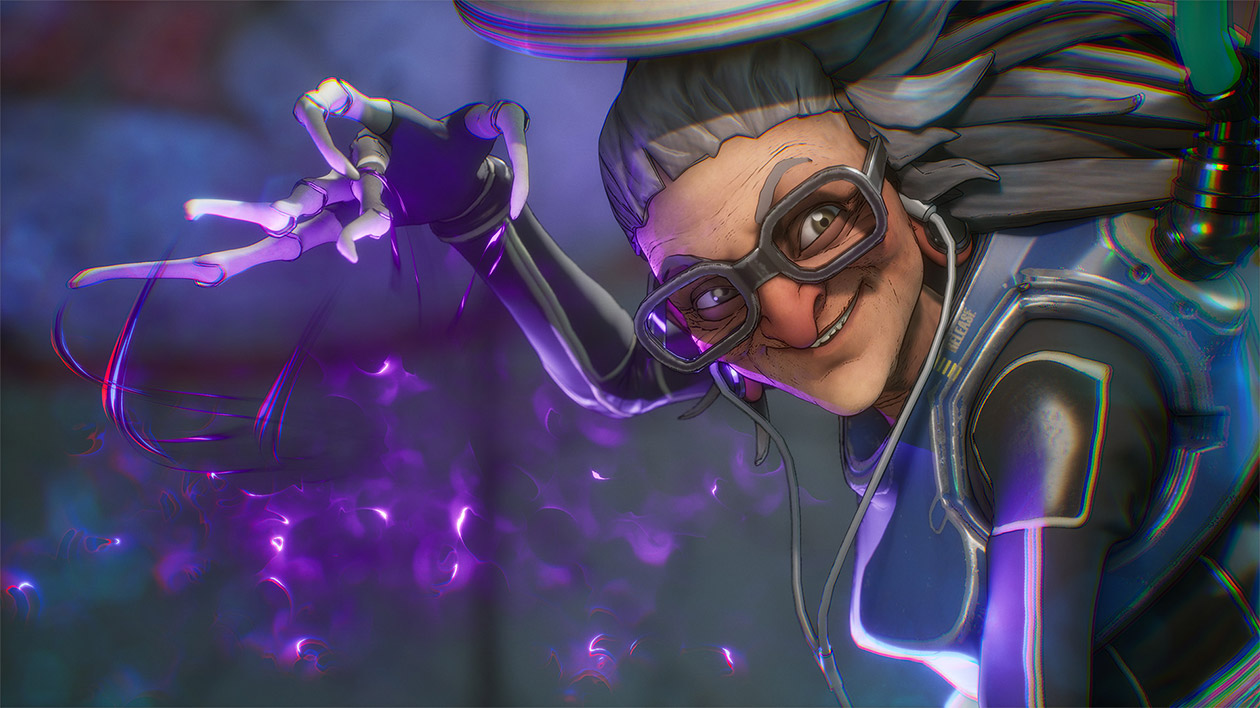 Kinda feared that Microsoft was going to push their new studios in this direction, looks like my fears proved true.

Was hoping for something like Hellblade but on a big budget.


At the end of my short hands-on session, I was definitely impressed with Bleeding Edge. While the game’s concept isn’t exactly new, as it reminded me of Platinum Games’ Anarchy Reigns, Bleeding Edge has a lot of potential, and it could become the next big multiplayer sensation if supported well.

NickSCFC wrote:Kinda feared that Microsoft was going to push their new studios in this direction, looks like my fears proved true.

Yeah big bad Microsoft made them start work on a game they didn’t want to make in 2014 because 5 years later they’d force them to release it.

I'm so upset MS bought Ninja Theory, one of my favourite developers and now I can't play their games

Got my invite today so just had a few games. Good fun and polished. Not sure how balanced it is but that's what the beta is for.

Basically got a normal attack, a hoverboard, 3 special attacks for each character with cooldowns, 1 passive ability and 1 Super attack (choice of 2) which builds up during the match. You have 3 mods such as extra health etc which you select before the match.

I think Ninja Theory have their A team working on a different title.

Venom wrote:I think Ninja Theory have their A team working on a different title.

NT have 4 teams working on different games, unknown if they have a A team yet but the Hellblade team aren't working on this particular game.

I've got a code for the Alpha test if anyone wants it. 1st come, 1st served.

According to the listing, anyone who pre-orders the game or plays via Xbox Game Pass in the first week of launch (i.e. by the end of March 2020) will get the exclusive Punk Pack to use in game. This gives players exclusive fighter skins – Punk Rock Nidhoggr, Butterpunk Buttercup and Outrider ZeroCool. Players will also get the Rioter's Hoverboard, a "Make Your Mark" in-game sticker pack and three bonus taunts.

More importantly, players in Game Pass or who pre-order will have access to the game's two Closed Betas – one beginning on February 14th and one starting on March 13th.

During Inside Xbox, we also showed off our latest trailer, revealed a brand-new fighter named Cass and detailed the pre-order bonuses for Bleeding Edge! This is a ton of new info that we are thrilled to be able to share with you all, and we encourage you to watch the trailer to be a part of the latest pieces of news.

The Punk Pack contains a selection of stylish in-game cosmetics, including:

No microtransactions (at least for now)
If added later, only cosmetic
Game started as an MOBA with minions, towers etc., but didn't play well.
Happy with the gameplay they have now
In development for 3 1/2 years
They just added a "parry" mechanic to the game

Anyone playing this weekend? You can pre-load the beta now, it starts Friday at 6pm.

The Bleeding Edge Closed Beta is finally upon us and with it comes some new and exciting changes which we can't wait for you all to try out. Not only have we continued to fix bugs and improve Bleeding Edge to ensure it's the best game it can be, we've used the time between the last technical alpha play test and now to listen to your feedback and add new features.

Yes! we know how eager the community has been to finally start showing off their Bleeding Edge matches to the rest of the world and we're happy to let you know that the Bleeding Edge Closed Beta can be streamed over your favourite live streaming platforms.

When we introduced the watchzone in the technical alpha, we were overwhelmed at the positive response we received from our community. We've continued to tweak this feature with improved UI and functionality and look forward to watching your matches live from the Watchzone.

Not only does Bleeding Edge sport a snazzy new menu screen, we've also added new accessibility options so our players can customise their experience for maximum comfort and usability. Accessibility is very important to us and we will continue to improve this aspect of Bleeding Edge leading up to and post launch.

We’ve overhauled the end game rewards screen to help players better understand when and how they earn Mods, Mod Parts and Credits. Highlights and Stats are still present and have their own tabs in the end game roundup. This is still a work-in-progress, so expect further improvements down the line!

During the technical alpha we received important feedback from our players regarding their first time experience with Bleeding Edge, this led us to design a new basic tutorial and help new players learn how to play Bleeding Edge.

We continued to use what we learned from this feedback and have now implemented an Advanced Tutorial which will help both veteran and first time players learn more about the finer aspects of Bleeding Edge combat.

This feature is still a work in progress and we will continue to fine tune it over time.

We know how much you enjoy the personality of each Bleeding Edge fighter and we want you to have even more options on how to personalise your fighters, within the workshop you'll now find the option to unlock and select different emotes for each fighter.

We have more options available than ever before to help our players travel in style in Bleeding Edge.

From the workshop you'll find new:

The smallest changes to combat can have the biggest impact for Bleeding Edge and this is especially true of our new parry system. Parry costs no stamina and is activated by pushing the evade button without directional input. The window for a successful parry is just a few frames before being hit, but if you pull it off you’ll stagger the enemy, giving you frame advantage for counter attacks, or enough time to make an escape. Right now all Fighters except Makutu can parry – we’ll be sorting out our antipodean buddy in an upcoming patch!

Thank you, to everyone who participated in the technical alpha, answered our many surveys and provided us with the feedback which made Bleeding Edge the game it is now.

Thank you, to everyone who pre-ordered or pre-purchased Bleeding Edge, your support is invaluable and has shown us how passionate the Bleeding Edge community is.

Thank you, to everyone who will be joining us for our first Closed Beta on Friday the 14th of February, we can't wait to watch your matches and cheer you on as you play Bleeding Edge!

I’ll give it a whirl

Not really expecting it to be my sort of thing, but sure, I’ll give it a try.