Anything to do with games at all.
Post Reply
77 posts

If you’re familiar with the original FlatOut experience, you already know what we’re aiming at, only this time we’re upping the ante on almost every front. It’s all about the stuff that really matters: cool cars, varied tracks and the signature once-in-the-lifetime moments that can be achieved only with true-to-life physics simulation.


We have already laid down some of the core features, such as:

-Race in both demolition derbies and traditional track races.
-Build your dream rides by buying bangers and their parts.
-Have your own garage where you work with your rides.
-Challenge the world in wide variety of multiplayer modes. 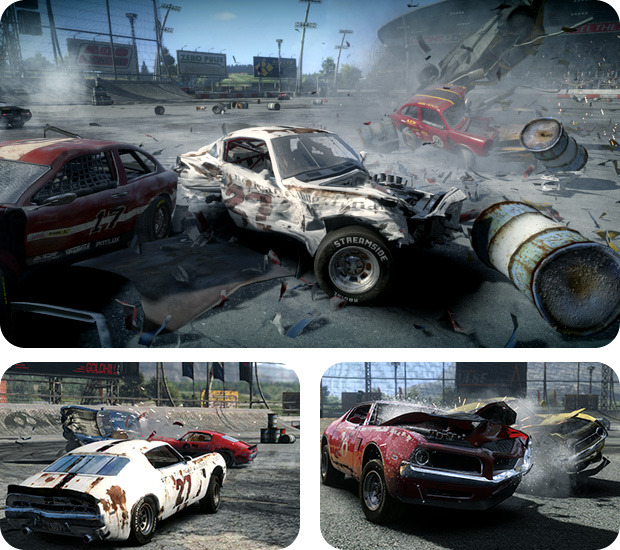 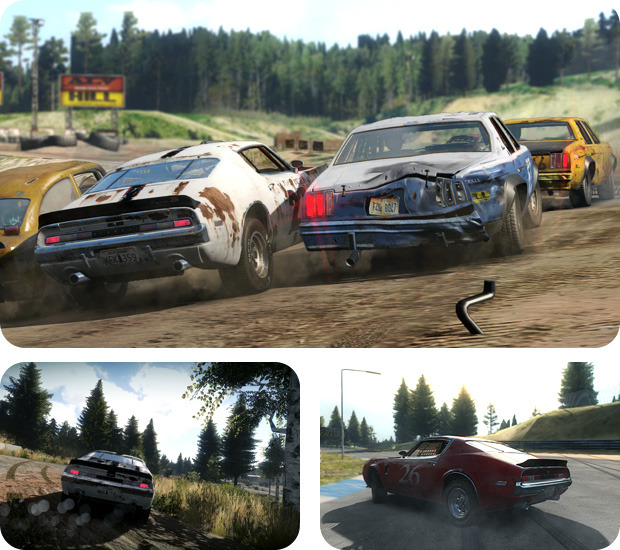 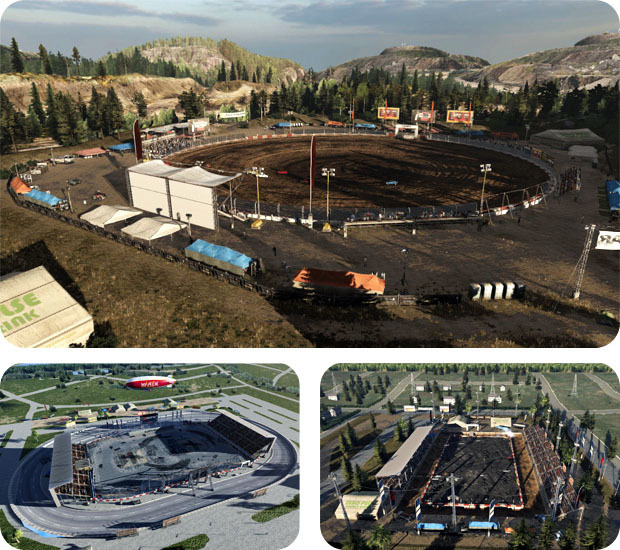 Someone Tweet Yoshida DEMANDING Sony give these guys the Destruction Derby name.

It's already well underway, they only did a kickstarter as people demanded one. They've said several times that the game's coming out no matter what, this is just a push for a bit more. I think if they hit the goals they'll do next-gen console versions. A lot of people bought it from their own kickstarter-esque programme they had beforehand - myself included.

The game will be released whatever the outcome of the Kickstarter campaign, but if the campaign is a success, we will get more people onboard and have a chance to create an even better game. Like said, we have pretty big plans, and the fans have already submitted a lot of requests that we'd love to make reality.

Ahh I see, I wasn't entirely sure. It would be great to see some additions to the game as a result of the Kickstarter, glad to hear its happening regardless

Well he'd better save some of it if he doesn't have a gaming PC - Xbone/PS4 versions are only coming if they hit their ultimate stretch goal of $1.5 million, which looking at it seems pretty unlikely.

Kickstarter cancelled as it was never going to make it, however its not big deal as it wasn't vital to make the game, just for some extra stuff. A tech demo/test environment has been released for backers of their own preorder system, lots of fun smashing up other cars or putting them through a large metal blender.

The damage modelling is a little odd at the moment, as long as you have one wheel working the car is essentially fully drivable. I crushed my car to essentially a cube and it kept going like it didn't give a strawberry float. The engine handles lots of crashing and debris with ease - it's clearly not as super-accurate as BeamNG, but it does the job perfectly well and is much more playable. Anywho, here's a video:

Doesnt look very good at all

You can buy an early access version on Steam now, there's a destruction derby arena, dirt track and tarmac track, and two playable cars. Just been playing it at work on medium settings and having a lot of fun with what's there already, can't wait to try it at home on some higher settings

I'm tempted as it does look a lot of fun but at £18.99 I'm not sure it's a worthwhile purchase just yet. I'm going to keep an eye on it though.

Some screenshots that don't really do the amount of fun I'm having any justice!

The tech demo is certainly a lot of fun. Once I have the money, I'll definitely get this.

It's marvellous, had a moment earlier where a car hit one of the banners sideways across the track and one car mid-air clipped it and flipped and some others smashed through it and and and

the reviews are great and a lot saying its just like flatout, i have a few quid made from selling cards so strawberry float yeah i am in. Time to relive the old flatout xbox360 days

degoose wrote:the reviews are great and a lot saying its just like flatout, i have a few quid made from selling cards so strawberry float yeah i am in. Time to relive the old flatout xbox360 days

I have flatout on 360 if we could get a few together for a game or two?

degoose wrote:the reviews are great and a lot saying its just like flatout, i have a few quid made from selling cards so strawberry float yeah i am in. Time to relive the old flatout xbox360 days

I have flatout on 360 if we could get a few together for a game or two?

i sold my 360 as i basically didn't play it any more although i nearly kept it just for flatout. I think brer,Avon and space jebus and a few others might still have the game and a 360 still. Next Car game has a proper name and It's called Wreckfest . There is meant to be an update now as well

The developer of FlatOut has settled on a name for its demolition derby-themed Next Car Game: Wreckfest.

Bugbear Entertainment announced the name alongside the release of a new version of the game, which includes 18-player multiplayer and four game modes: Racing, Demolition Derby, Deathmatch and Team Deathmatch.

The developer said it was trying to get the multiplayer up to 24 players, but this will take some time.

I like how they just put Wreckfest on the end, so in steam it's called "Next Car Game: Wreckfest"

This is starting to come along nicely, the oval track is brutal with 20+ cars on it, but remember to kill vysnc in the options as it cuts the fps in half for some reason. I hope they take some of the community suggestions onboard for career mode; stuff like having to repair the car between races, buying shitty parts that might not work, possible car permadeath (you wreck it, it's gone forever, possibly with some sort of graveyard where you can see it's twisted shell and a little replay of the crash that killed it) and other stuff like that.

It's oddly satisfying to hurl rust-ridden pieces of crap around a really low-budget track as a break from all these shiny supercar games once in a while too.

Users browsing this forum: Saint of Killers, Trelliz and 163 guests