Anything to do with games at all.
Post Reply
281 posts


Warzone Rumble is a brand-new mode in Warzone. Two teams of 50 players parachute and battle it out in various areas around Verdansk. This mode is high action with custom loadouts, vehicles, and quick respawns.

Events can occur during Warzone Battle Royale matches and have an impact on the strategy and approach to gameplay. Events can happen in any given match without advance notice. When they happen events will always occur mid-game. E.g. after the first drop kit and before the Gulag closes. Only one event type will occur in a given match, so familiarize yourself with three new event types, available at the start of Season Four – ‘Jailbreak’, ‘Fire Sale’, and ‘Supply Chopper’.

When a ‘Jailbreak’ occurs, all players that have been eliminated will be released back into the match. Whether you were waiting for your 1v1 in the Gulag, or had been relegated to a spectator, now you’ll have another chance. You will get a one-minute notice before a Jailbreak event happens to find additional armor or secure a weapon for your returning teammates. Jailbreak events can occur any time during the middle game of a Battle Royale match, so it may be worth it to spectate, just in case. Be mindful that when a Jailbreak occurs, it’s not just your teammates that are coming back, but tons of additional enemies.

A ‘Fire Sale’ is an in-game event that temporarily discounts most of the items at a Buy Station up to 80% or even gives items out completely free. A Fire Sale is the perfect time to pick up a UAV, Armor Box for your squad, or even a lethal Killstreak. During a Fire Sale buying back a fallen teammate is completely free. If your short on in-match Cash, a Fire Sale might be the best chance to redeploy a squadmate. Note that even during a Fire Sale, Loadout Drops are not discounted. Fire Sales only last sixty seconds, so expect Buy Stations to be crowded and prepare for a fight.

A ‘Supply Choppers’ event brings a non-lethal, but heavily armored helicopter to Verdansk. The helicopter will have a lot of health, and it will require a few rounds of bullets and maybe a rocket or two to bring it down. The helicopter will not shoot at you, but make sure that while you’re distracted enemy teams don’t take advantage. Once you destroy the Supply Chopper, it will drop high quality loot for players to pick up. This loot includes three UAVS, two armor boxes and munitions boxes, a gas mask, a grenade launcher, and tons of Cash at a minimum. Supply Choppers leave after a certain period of time, so if you want to take one out start firing right away. Remember, that after taking down a Supply Chopper, you have to collect the loot. Watch out for enemy teams who might try to take you out during the collection or steal your hard-earned rewards.

Contraband is a new, rare contract with a permanent Blueprint Reward. Contraband contracts have a chance to spawn after a previous contract is completed. If you see the Contraband briefcase, hurry up and collect it. Once you have it, take it to the designated Helicopter Extraction location to call in the helicopter. The player carrying the briefcase must deposit it into the helicopter drop-bag to complete the mission. If you kill a player carrying this briefcase you can steal it complete the contract for your team. Be on the lookout for them on your Tac Map!

Your total file size will actually be 4GB less after the update thanks to new compression.

TDM on the warzone map. It's all I use plunder for really anyway

Jesus at that Xbox file size

Warzone rumble looks fun!
There isn't the usual armour of BR or Plunder.

It's going to be a killfest

Warzone rumble is a farce.

Just jumped into a game on storage town and it was vile. People everywhere at the back sniping through the lanes etc. Far too much going on.

. It is kinda understandable it's that big if they're replacing assets to reduce the overall file size though.

EDIT: oh wait, they've strawberry floated it up and it's almost 3 times the size of the PS4 patch?

Something's not quite right is it?

EDIT: Used a VPN (SaferVPN has a free 9 hour trial without having to add payment info) to connect to USA then use the US server, getting a much more stable connection at around 3MB/s.

Something's not quite right is it?

EDIT: Used a VPN (SaferVPN has a free 9 hour trial without having to add payment info) to connect to USA then use the US server, getting a much more stable connection at around 3MB/s.

Good shout, I have Nord so logged in to a US server and straight away 5.30MB/s

I’m one of the 84GB afflicted. Left it running all day while working. Download stalled at 7GB. LOL.

Had a good session last night.
Got the new Fennec Vector SMG from lvl.1 to lvl.53 within 3 and a half hours which I was chuffed with. Only half a level to go until the very last attachment unlocks. 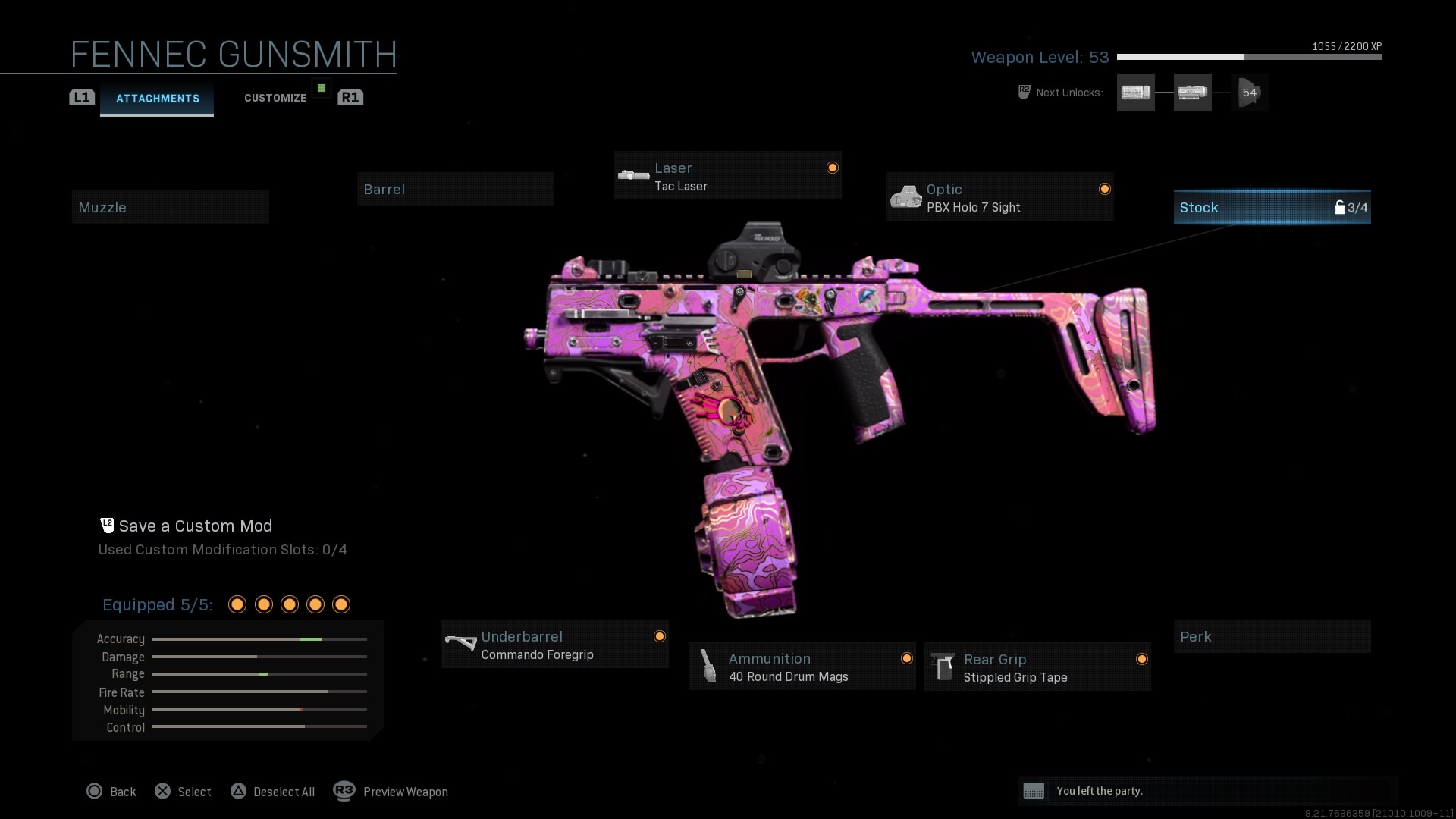 It's a bit of a slog to use until you unlock the 40 round dr mag, and then it's a Hip Firing Room Broom. I was getting Wheelsons left right and centre!

I presume there's a point when this 'clicks' because honestly, I lose pretty much every single firefight in this. Like EVERY SINGLE ONE. I'm not amazing at FPS online shooters but I'm not THAT bad. I can do ok in Halo and Battlefield, even in MW MP maps but in Warzone I can't seem to kill anyone, ever.

I hope you reported them.

How can you tell if someone is cheating? Was it that it was essentially one shot kills every time?

Tried the 50v50 mode the other day, enjoyed it a lot more, even though I was still pretty rubbish. I haven't really played any of the battle royal type games so think the big team deathmatches are what I'm most used to.

BTB wrote:How can you tell if someone is cheating? Was it that it was essentially one shot kills every time?

Tried the 50v50 mode the other day, enjoyed it a lot more, even though I was still pretty rubbish. I haven't really played any of the battle royal type games so think the big team deathmatches are what I'm most used to.

Seriously obvious especially when you view kill cams. Everyone reported them and they even admitted it without any gooseberry fools given as Activision haven’t banned them and they’ve been doing it for a while.

We all reported them.

KjGarly wrote:First time coming across cheaters since owning it just over a month

I think they were just better than you mate. Don't report them because you're losing.

Please note that the Season Four Reloaded update will have a download size of approximately 22-36 GB for owners of the full version of Modern Warfare. Console owners must install a secondary download of approximately 3.5GB, then reboot the game to access Multiplayer, if desired. A reminder, console players can choose also to uninstall/remove other data packs (e.g. Special Operations), if no longer needed for a smaller overall file size.

Once the Season Four Reloaded update is fully completed, it should minimally increase the overall digital footprint of the full version of Modern Warfare.

Existing free-to-play Warzone players will have a download size of approximately 22GB-30GB, once finished there will be a reduction to the overall footprint on their machines.

Another 30GB download, three weeks after the last? Oh, do strawberry float off.