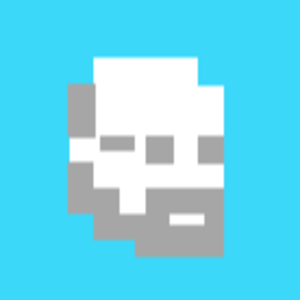 Anything to do with games at all.
Post Reply
1382 posts

Sniper Elite 3 DLC (PS4)
Started this last night. The first Churchill mission was OK, it was pretty straightforward though.

Tony Hawk's Pro Skater 1+2 (PS4)
Finished THPS1 (100%) couple of weeks back, just taking a little break before starting into THPS2. There's so much to do and it's great for a quick blast; it's going to keep me entertained for a good while. Its a fantastic game.

Apex Legends (PS4)
Still have this on the go too; it's the palette cleanser between everything. Feels like I'm actually mildly proficient now (well, some of the time at least!)

I don't do horror games after attempting to play one of the Fatal Frame games on the original Xbox.

I don't do horror games after attempting to play one of the Fatal Frame games on the original Xbox.

I have that - a mate of mine "gifted" me his origional copy before leaving the country (true story, though i can't claim that the 2 events are directly related).

I was thinking of giving it a play, but i dont think its on the Xbox One BC list.

Resi 7 is properly terrifying btw (big suprise). It dodges all the PSVR technical deficiencies as well (it only tracks your head and it uses DS4 controller).

I'm not sure how far i will get with it tbh, but the memory is going to remain for some time.

2 hours in and I think it's excellent so far. An intriguing mystery which will hopefully pay off and a new setting makes it feel fresh despite, mechanically, being pretty much identical to the original. I really like having to use matches to light candles and lamps. You get a nice sense of tension trying to light up a room without rushing and blowing your match out prematurely.

Tales of Vesperia
Pretty sure I'm nearing the end of this, having just reached the Erealumen Crystallands. It's still fun, but the annoying characters and skits are grating now. Will see it through to the end though, for sure.

AER Memories of Old
Really liking this. Looks and sounds really good, and it's a nice relaxing game with exploration, no combat, and quite a slow pace. The controls could be better, but otherwise I'm enjoying it. Lore and plot makes no sense to me at all, but I'm not really playing it for that.

Lotus wrote:Tales of Vesperia
Pretty sure I'm nearing the end of this, having just reached the Erealumen Crystallands. It's still fun, but the annoying characters and skits are grating now. Will see it through to the end though, for sure.

I never got on with this but with the Definitive Edition hitting Gamepass I tried again, this time using the original Japanese voices and it's SOOOO much better.

Still playing Rogue Company on both Switch and PS4 and it's a blast, easily one of the best F2P games I've played. Shame the trophies are glitched.

So much for completing the story of GTA IV last night.

Everything was easy. Two of the missions weren't really missions but just cutscenes, which was certainly easy for me to get through. I manage to storm the boat no problem to exact revenge, but then comes the final mission. Everything went smoothly. Again, I stormed the place no problem. Then came the motorbike. Took a few tries to get used to it and hit the ramp. But then...

I'M ONE OBJECTIVE AWAY FROM COMPLETING THIS GAME. CAN YOU FOR ONE SECOND LET ME REPEATEDLY TAP THE A BUTTON CONTROLLER!

Yeah... That's never happening, then. Gotta wait for the Series S arrives so I can hook that controller to the One and finish this thing. I seriously hope Rockstar stop being archaic about that run control, as it's a serious destroyer of south-facing buttons. Of course, I could be patient and just hold it, but that's not usually an option I'm willing to follow.

Ok, I am MASSIVELY warming up to Amnesia Rebirth. I still hold that the first hour is basically another walking simulator with shite all happening and no sense of a goal, but I'm about 2/2.5 hours in now, and just worked through my first puzzle and shitting christ it's back on form.

I'm talking full on swearing at the TV, nonsensical gibberish, 'I'm normally an explore every nook and cranny type gamer but strawberry floating JAM TARTS WHAT IS THAT runrunrunrunfuckingrun' type scary. Still think the original is better, and the whole 'stay in the light' mechanic is a bit temperamental (apparently only lit lamps/candles etc count as light, and not strawberry floating WINDOWS WITH THE SUN COMING THROUGH) but it's definitely turned a corner in hour 2.

I'm completely in love with it and I think it's better than the original. I might be a bit further ahead than you as I'm about 4 hours in. About the windows, I hadn't noticed that but the area I was playing in this morning, I could definitely open the shutters to let in enough light to not need a candle.

The entire Legionnaire fort section was an incredible horror experience. I think the developers, so far, have shown a perfect balance between restraint and jump scares. I always feel tense.

I think the 'situation' with the main character was a bold, brave choice and so far it's really working. I've been holding circle/B a lot.

I dunno, there was a bit where I was stood next to an open window and I was getting all the loud music/jump scares to tell me that my sanity was at zero, and then I died. But the room I was in was brighter than being outside (it was the room you get the first cannon wheel in), but for whatever reason 'that light' didn't count. Mighta been a glitch maybe.

I started of Maid of Sker last night as some light relief to Resi 7 VR.

It seems pretty decent so far. I hate stealth mechanics, but so far they have been used sparingly. I can see it being one of those games where i throw my toys out of the pram in a fit of rage and instantly uninstall though. Realy like the setting and atmosphere. I think it's a short game (about 6 hours), which sounds about ideal for a game of this nature.

Skarjo wrote:I dunno, there was a bit where I was stood next to an open window and I was getting all the loud music/jump scares to tell me that my sanity was at zero, and then I died. But the room I was in was brighter than being outside (it was the room you get the first cannon wheel in), but for whatever reason 'that light' didn't count. Mighta been a glitch maybe.

Oh that's a shame. I lit every candle in that area because I was so freaked out so I didn't notice anything like that happen. Perhaps the creature was nearby as well and tipped your fear over the edge? I remember it skulking by quite closely there.

Going through a bit more of Mafia 2 Definitive Edition and it's a great game, but technically it's a bit all over the place.

Skyrim - Switch Lite - moved from a mage with robes to a fire sword and heavy armour. Loving hunter down the dragons and anything else that moves.

Been on a bit of a Metroid binge recently. Replayed Fusion, Zero Mission, Super Metroid and AM2R. All really solid games. Also have a Prime 2 playthrough on the go, but have been focusing on Metroid II at a the moment which I haven't beaten before. It is actually a lot of fun but it's dragging on a bit near the end. Fighting the omega metroids and having to jog back to get some health before I can take on more.

Bunch of games over last week, I was playing loads of Phantasy Star Online 2 before that but I wanted to take break from that as I've hit that point where doing dailies get bit boring to do after while. Still had fun with it, and I plan to go back to it but for now I want variety.

Kingdom Hearts I've started and completed with all achievements on Xbox One, and working on Re: Chain of Memories next (Just finished Riku's story on Proud so need to get him to 99 and Sora's to 99 as well all cards and other things), really enjoy Kingdom Hearts game so much. Still have KH2 and BBS left but it'll be while before I get around to them.

Crash Team Racing - mostly adventure mode as well online. I stink at it (I kept hitting walls and I was pretty far behind some really good players) but I'm having blast. Wish it wasn't 30FPS though.
Tekken 7 - I really enjoyed Tekken 6 so when I saw this for £5 at CEX I figured I'd grab it. Alas to my disappointment that story mode isn't like Tekken 6's, that being said it's really fun. I dunno if I'll stick to it as I'm not very good at beat em up games but will wait and see.
Lost Odyssey - I never finished it, only finished Disc 1 and all of suddenly I want to play it again and play it for real. It still looks good and plays very well, the first boss gave me a lot of trouble back in day but only took me one attempt despite was thrown off (since I didn't expect to hit boss fight suddenly which meant I can't sort out my party). Happy I went back to it.
Dead Space 3 - Was £1.50 and I really enjoyed first two games but microtransications turned me off from third, and subpar reviews (if I remember right). I like it but... yeah I don't feel quality is there as first two games at all. Still for that price I can't complain much
Pipe Push Parade - Been wanting it for good while and the sale was attractive enough for me to add it to my library, damn it's hard. Good game to boot up for short sessions, as I feel if I try to bruteforce it I'll just despite it

Doing it little a day helps, on 20/47 puzzles solved so far
Crosscode - Saw it on Gamepass, always wanted to play it and I'm glad I do. Fun RPG, although achievement list is boring....then again it has in-game trophies so yay.

It's been while since I played more than one game at time and honestly it's more refreshing. Just letting my mood take me to what I want to do/play.