Anything to do with games at all.
Post Reply
1340 posts 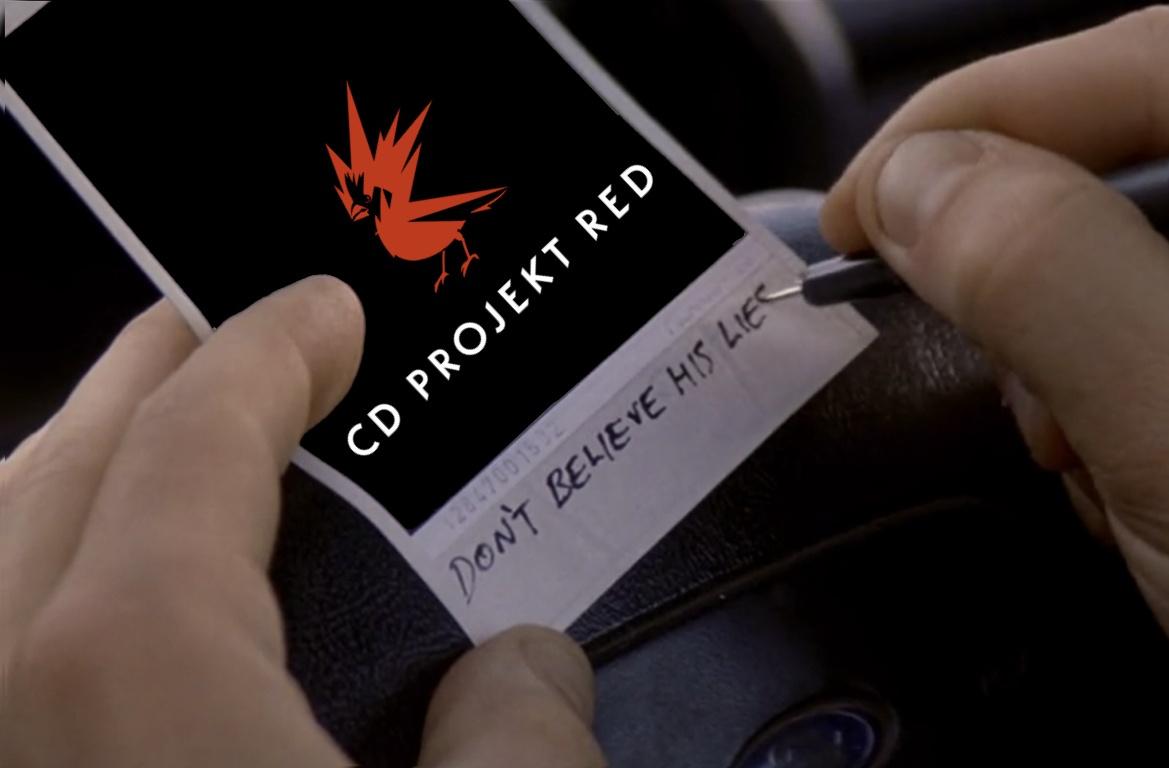 Wuh-oh. Something very not right here.

Maybe they should be working harder

See, this is what happens when you don't my crunch early enough

I've emailed for a refund from PS Store as I pre ordered digitally.

Lots of games out before Christmas and the more I hear about this the more it's losing my interest. I'll see what the PS5 version runs like and make a decision next year.

Terrible way to treat staff on the run up to Christmas.

By all means though, please keep delaying it until I can buy an Ampere GPU.

It's going to be the first confirmed PS6 game

I have often had to crunch and do 40-45 hours. Sometimes it’s gone to about 60. It almost killed me last year and I’m still not fully recovered even now. I can’t even imagine 100 hour weeks, there can’t be many hours left to sleep

Tafdolphin wrote:The main takeaway is that crunch is not inevitable, crunch is a result of inept management as witnessed here.

The other takeaway is that crunch usnt a magical fix-all. You can't just squeeze human hours of out of people's lives to make up for a stupidly tight schedule or unrealistic demands.

You can't just set a deadline or a set of expectations, and then expect to crunch as much as necessary to get it down.

The game is also, wait, a year or so "late"* already, so what was the human cost for?

*And this is late by management expectations. I think most sensible consumers would have been fine with the game taking longer. What's worse is not the game being late, but repeatedly delayed and now at really short notice.

How many developers probably saw the news on Twitter before they checked their mail, and their stomach sank at the thought of pushing themselves over the finish line, a finish line that had just been moved. This year has taken its toll on a lot of people, and news that your goal was now a little further away must have added to that.

I guess there's two main problems I see here. Big games like this take a long time to be created, so the likelihood the people who are project managing this have many comparable projects under their belt - and thus the experience to correctly forecast what is needed to complete this work - is slim. Especially so if they're CDProjek veterans, as it's been ages since they've shipped a game.

Secondly is seemingly having a management structure that hasn't taken the possibility they don't know how long it'll take to finish into account, and appear to be setting deadlines without knowing they can hit them. 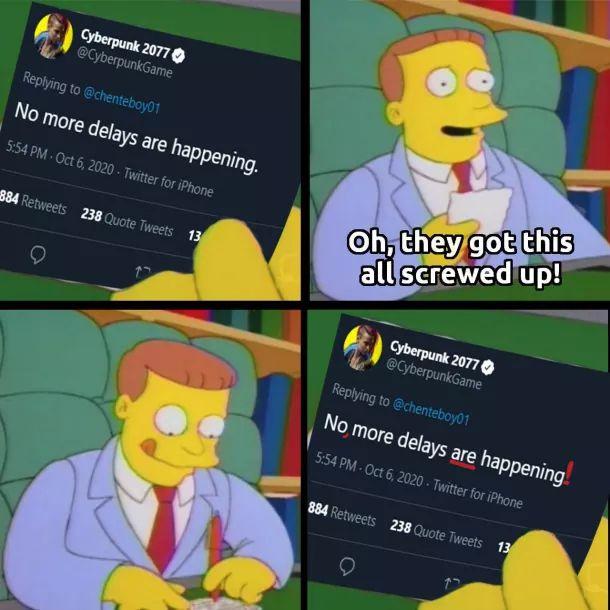 It sounds like the issues are with the way the game runs on PS4/Xbox One. I guess even if it runs fine on PS5 and Series X, they still can't release it as it's own thing since it comes in a PS4/Xbox One box.

As seems to be usual when a videogame gets delayed, some of the developers have been sent death threats

Shame the gamerz sending death threats weren't so reactionary with all the transphobic stuff.

Death threats for a 2 week delay?
Have they not noticed that everything is delayed these days?

Imagine what they're like when their takeaway is late.

Mafro wrote:Imagine what they're like when their takeaway is late.

They pay using the coin gun from Resident Evil.


jiggles wrote:Nobody with a VR headset is going to be using it regularly this time next year, let alone in 4 years time.