Anything to do with games at all.
Post Reply
684 posts

Love the music. Kojima does unearth these little gems.

That tells you absolutely zero about the game....

The game is probably 3-4 years away. He's had to start over from scratch. Not really sure there was any need for this to be shown in any way.

Granted we didn't get much of a reveal, but I'm still surprised they had the time to make that much. Here's hoping they've got more and are showing it off behind closed doors.


Rapidly-greying is SHITE at games

Death's Head wrote:That tells you absolutely zero about the game....

What do you expect, the studio has barely existed for 6 months.


Death Stranding is weird to say though.

Captain Kinopio wrote:
What do you expect, the studio has barely existed for 6 months.

Then I don't expect a trailer. If there is nothing to show, don't show anything. This would be like a film studio announcing the actor who will be playing an unnamed character in a film we've been given no details of.

I wouldn't take anything he said in that interview as being remotely true.

I wouldn't take anything he said in that interview as being remotely true.

Fairly sure I read it from multiple outlets that it hasn't been chosen yet.

I stand corrected if you are right. 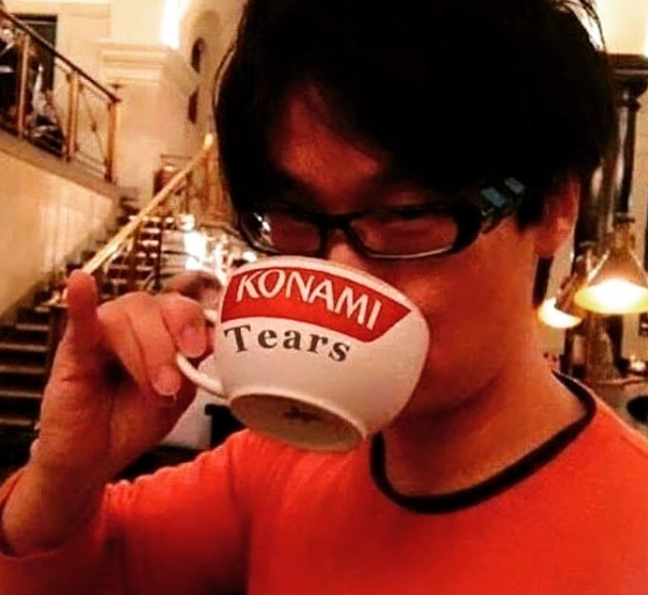 He said he hadn't even decided on what game they were gonna make when he was talking to Geoff Keighley :lol: I wouldn't take anything he said in that interview as being remotely true.

Fairly sure I read it from multiple outlets that it hasn't been chosen yet.

I stand corrected if you are right.

Kojima was interviewed on the YouTube stream after the conference and said they have a couple of candidates for a game engine but haven't decided on which one they'll end up using yet. So while the trailer was in engine (pretty sure he said that), it might not end up being the engine they use.

EDIT - The trailer is not related to Death Stranding and is instead just showing the identity of Kojima productions.

I took all that to mean that this is what they're working towards and although it was running on a engine it's not necessarily the one they're going to make the game using. They're crazy early in development.

The character model actually looks like someone you would see in MGSV. I hope he smuggled out some Fox Engine gooseberry fool.

"A strand in psychology is often used to refer to ties or chains," he explained, alluding to Death Stranding's obtuse title. "So how all the crabs [in the trailer] have this weird umbilical chord and how the baby is tied to Norman [Reedus' character] is a representation of this.

"There's a Japanese author I am a huge fan of called Kobo Abe. He has a short novel called 'Rope' in which he makes a definition, a statement: the first tool mankind made was a stick. It was made toto keep away bad things. It's a weapon.

Kojima stressed this does not mean Death Stranding is a multiplayer game in which you will be using physical ropes, but rather that it will be about making connections.

"I want the story and the world and the gameplay, as well as the characters in the game and the the player - the life and death elements - all to be tied together," he explained. "That's the strong theme that is in this stranding concept.

"The player will be controlling Norman Reedus' character and it will be an action game if you really want to put a genre on it. For example, when I made Metal Gear, it was an action game but it was different because the main thing was about hiding. People eventually ended up calling that 'stealth action'. In this game the player will be controlling Norman but by playing it they will find something different, something that won't fit in established terms."

During our interview Kojima refused to be drawn on specifics - "It would be like telling you who's the killer in a mystery novel," he claimed - but did confirm that both Norman Reedus' character and the other-worldly setting would be appearing in the final product.

That said, Death Stranding the game has not even entered full production status yet. Kojima is still recruiting staff for key roles in his studio and has yet to make a decision regarding the graphics engine they will use to make it - although he revealed he has narrowed it down to two, one of which was responsible for the breathtaking, near-photo realistic visuals in the video.

"We are getting to a very good point about how we are feeling about the visuals so we are very close to making a decision on the game engine. And once that is decided we will be in full production.

"One thing I want to tell people is the teaser is running in real-time," Kojima adds, with tangible pride.

"We made it in two and half months - and generally teasers are not made by the development team. A lot of trailers are outsourced - that happens pretty often - but we don't like to do that.

"We made this teaser ourselves, so people can trust us."

Nobody else going to mention the black hole equation on Reedus' dog tags in the trailer, then?