GRcade Musician's Club - Do You "Do" Music?

I'm looking at maybe getting some separates for mics, guitars and bass, like a mini mixing input rather than just have everything through my pod. It certainly gets expensive

You’d think I know, playing the thing for years myself.

The studio got in touch yesterday to say sorry that my request had got lost in the system, and tell me of the upcoming dates where I could have my session

After weeks of editing, EQ-ing, repairing, enhancing and remixing, here are the entire studio recordings of my band, plus 2 live bootleg tracks, released yesterday on Spotify, Amazon, itunes and all the other streaming and downloading services worldwide.

I play keyboards and share the singing on various tracks with the other lead band member, who is also playing bass. Between us we wrote and arranged all the material, with a couple of songs written by the guitarist.

I've been working on this remaster with the bass player, after talking about doing it for ages. It's been a total labour of love, taking the nearly 30-year-old audio cassettes and basically treating them as masters - patching in missing drum hits, wonky playing, and repairing parts where the tape was giving out and affecting audio quality. Some of it I have been unable to fix, but most of it has been given a new lease of life.

This is my first go at remastering/enhancing existing audio so it was a steep learning curve. I was amazed to find an online service to split out vocals and instrument parts from a previously mixed audio source, using AI rather than using an ‘out of phase’ effect like Karaoke machines do. Whilst not perfect, it enabled me to extract an out-of-tune word I sang all those years ago, retune it, and reinsert on top of a spliced-in instrumental equivalent portion from another part of the same song. 30 years of cringing/talking over that poorly sung word are finally over!

There some funk, rock, pop, and some mad instrumentals there, so please do have a dig around in case you like any of it!

It's over 70 mins in total, so has been a huge project. It feels so good to have completed this after all this time. 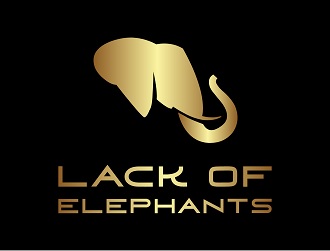 (Please let me know if the link doesn't work!)

Listening now, it's excellent so far! Will post more later.

I thought this was great. Production was excellent and consistent all the way through (to the point I could only tell the last few tracks were live when there was clapping and chat at the end).

Bit of a Joe Satriani PRS sound in there, some very spandau ballet esq vocals (which were great) and the slappiest of slap basses on one track

I had a load of other stuff I tried to remember as I was listening, and promptly forgot now

Thank you so much! I can’t believe you listened to it all- I really appreciate that!

I don’t think my partner (who is a vocal coach) would let me get away with such stylised vocals these days, it’s definitely of it’s time.

For the final live track, Funky Chicken, the audio is literally taken from a video camera set up to record the gig. The original sounded awful and clipped almost constantly. I’m amazed that trickery such as audio exciters can bring back the bass and treble in such a convincing way!

I’d love to do a studio recording of that track, but sadly I’ve lost touch with the guitarist, and that exit solo is just so perfect I’d have to find someone that could mimic the style perfectly. I wonder if fiverr is the way to go?

Nobody else listened to lime's music? It's really good, give it a play!

My Mrs bought me a book on songwriting called 'isle of noises'. It's got interviews with loads of big writers, like ray Davies, Noel Gallagher, Robin Gibb, and so on. Just started it last night, but it seems like it's going to be brilliant. All sorts of insight on the process.

My 95 year old Nan did a gig today

She used to play the keyboard in the house band at a nightclub as her main job. She still plays from time to time, and as she was moving in to her new elderly people's accommodation, the manager spotted her keyboard and asked her if she'd play.

She played and sang to 60+ people today*

That's more than I've ever played to

Apparently it wa so popular, she's playing another one on new years eve for them.

*unconfirmed if she played 'it's strawberry floating Christmas'.

She used to play the keyboard in the house band at a nightclub as her main job. She still plays from time to time, and as she was moving in to her new elderly people's accommodation, the manager spotted her keyboard and asked her if she'd play.

She played and sang to 60+ people today*

That's more than I've ever played to

Apparently it wa so popular, she's playing another one on new years eve for them.

*unconfirmed if she played 'it's strawberry floating Christmas'.

Me and my partner did some Christmas gigs at the care home my mum was in when she was alive. We dressed up as Santa and Mrs Santa, and sang a lot of old Christmas songs, Carols and songs from the shows.

There was one lady there, she couldn't help shouting things out, it's just how she'd got with her condition, and we were prepared for it. However.....

She was in the front row. I sang 'O Holy Night' as a solo, it's quite a big song, and I definitely had to give it my all as there's some pretty high notes too.

Guys, settle an argument for me: Beethoven is the GOAT – right?

Oblomov Boblomov wrote:Guys, settle an argument for me: Beethoven is the GOAT – right?