Do you wear a poppy?

Victor Mildew wrote:Did you only realise it was a joke when you went to order some?

I checked the poppy seed content and realised it was insufficient for #respects.

Victor Mildew wrote:Did you only realise it was a joke when you went to order some?

I checked the poppy seed content and realised it was insufficient for #respects.

Not enough heroine for #HorrificallyMaimed

Vermilion wrote:I do agree that the poppy does seem to have been politicised in some quarters, and it saddens me as such behaviour does take away the true meaning of wearing one which was always meant to be a simple act of remembrance.

For those who wish to experience the proper non-political side to the poppy, I would recommend (when things return to normal) a visit to the Flanders Fields Museum and Menin Gate in Ypres (along with attending the last post which takes place daily there at 8pm), i've done it a few times over the years and i have always found it highly educational, and deeply moving.

I went to Ypres and witnessed the last post at the Menin gate on a school history trip to the battlefields of the first world war, and even at a relatively young age it was very sombre and moving (we also went to a chocolate shop in Ypres that sold chocolate phalluses, and their popularity should give a general indication of the maturity of those of us on the trip!). It's clear to me the act of remembrance is very important, that we must as a society reflect on the death and suffering caused by war so that the same mistakes can be avoided in the future.

That is though a political position. I don't think there can be a "non-political" side to the poppy. There is contention between the poppy as an anti-war symbol and the poppy as a patriotic symbol. If in remembrance I am reflecting on the tragic, needless loss of life and the victims of war, then I am remembering something very different to someone who is venerating the war dead as heroes who died honourably for their country.

In November of 2003, how could the official state remembrance day commemorations be seen as anything other than hypocritical coming months after the invasion of Iraq? It is, I realise, because the official act of remembrance is not one of sorrow and enlightened reflection, despite the apparent trappings, but one of hero worship meant to reinforce patriotism rather than warn against it.

The broadcast of a ceremony performed by the armed forces themselves, watched by our state leaders, is a ritual that carries the clear implication not that the deaths of the people being remembered were tragic and avoidable, but noble sacrifices made willingly and necessarily to protect our country and the greater good. This is a fiction. While at times this has been at least somewhat true - most obviously in the second world war and the fight against nazism - remembrance day's iconography owes itself mostly to the first world war. That was not a war of ideologies but the vying for power between European empires. It is all the more tragic for its needless nature. Recognising that is a vital part of remembrance, yet much of what happens on and around remembrance day seeks to do the opposite.

That's the political tension at the core of remembrance day, and why I don't think remembrance or the poppy as a symbol of remembrance can ever be apolitical. That's to say nothing of the other criticisms that are related but different discussions, like the commercialisation of the poppy, the social pressure to be seen supporting (and sporting) the poppy, or the accepted reliance on charity to provide for veterans where the state has failed.

Looking through my previous posts here, my views haven't changed. I pay my respects and donate, I just don't feel the need to advertise it with a poppy or sport a symbol becoming synonymous with far-right nationalism. 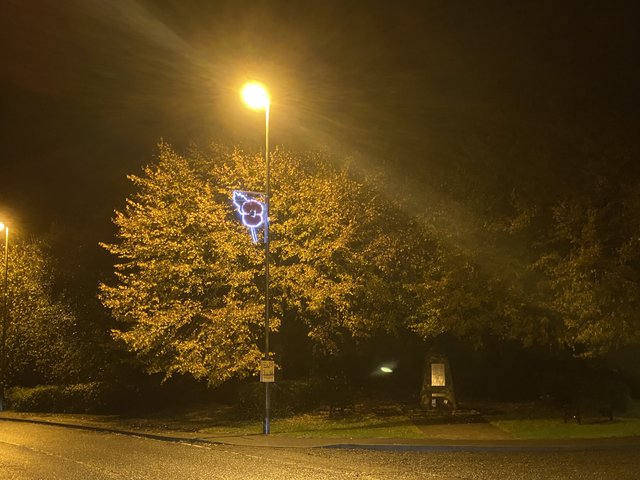 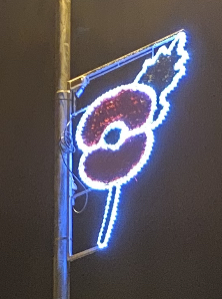 Drumstick wrote:Looking through my previous posts here, my views haven't changed. I pay my respects and donate, I just don't feel the need to advertise it with a poppy or sport a symbol becoming synonymous with far-right nationalism.

Wouldn’t as many people wearing it as possible prevent it from becoming a symbol of the far right?

RichardUK wrote:I have just been for a walk around the village and we have a light up poppy near the war memorial

Much business at that time of night?

RichardUK wrote:I have just been for a walk around the village and we have a light up poppy near the war memorial

Who did they get to switch it on this year?

Knoyleo wrote:Who did they get to switch it on this year? 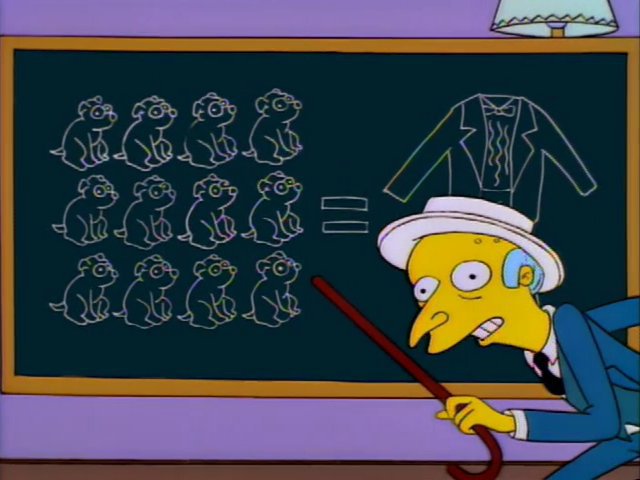 Oh good, can't wait to have go and performatively respect the dead in front of the judgemental eyes of my neighbours.

Still nothing on James McClean.

Drumstick wrote:Still nothing on James McClean.

What the strawberry float does that even mean?

It means he won't mandatorily were the poppy.

Believe he's talking about her virginity, quite the accusation.

These strawberry floating pricks, wording things to promote some sort of jingoistic twattery, instead of a fight against fascism and bigotry.

That said, I would love a go on the Queen's shilling

What the strawberry float does that even mean?

The Queen Shilling is a gay club in Bristol.