geez I knew they were gonna have an environmental message but I was expecting something a little subtler. Reminded of both the mysterious planet and the haemavores

And that was sooo The Mysterious Planet.

And that was sooo The Mysterious Planet.

That was very series 11

God that was crap

Very predictable and the message at the end

was this episode written by Greta Thurnberg?

The episode was crap but it made me smile to think of the manbabies out there crying with rage about climate change being part of Doctor Who.

It was a pretty okay episode, the monsters was scary for a change even if it looked very similar to the Hoax from Love and Monsters. But the characters were a bit naff and the ending speach by the Doctor was a bit too much Greta Thurnberg.

Probably when the Doctor is not busy travelling she could probably join Extinction Rebellion and be their spokesperson.

Hexx wrote:God that was crap

Indeed. I thought the wheels came off once they left the truck thing. They are surrounded. Yet we just see the one standing around after. Without any clear idea of what the hell just happened. The direction and editing of the ep was shocking. So sooooooo much happened off screen. To the point where almost the entire ep felt like misdirection. Was Benni actually dead? Did she really shoot Benni? Why was Benni even out there? I thought the Dregs were an impressive (if not very inspired) design. But then I think the only thing I remember seeing them do was grabbing the Doc by the throat. Everything else was basically close up shots of them snarling. I'm not expecting bloody gore but come on they have to do more then just cut away all time. We never even see the results of what they do. Maybe they teleport them away to a safe place with hugs. Like really friendly weeping angels.

A few of the gags landed though so thats something and I did really like the angry tree idea (the oxygen reveal was a good scene until unearned self sacrifice ruined it) and the basic concept of the setting being fake etc. as well as the environmental themes. But as for the final speech. God that was bad. Thing is it could work. I could easily picture the first Doctor giving Ian, Babs and Susan a reassuring chat at the end of such a story. But it wouldn't be written or performed like that.

One last thing. WTF was this? 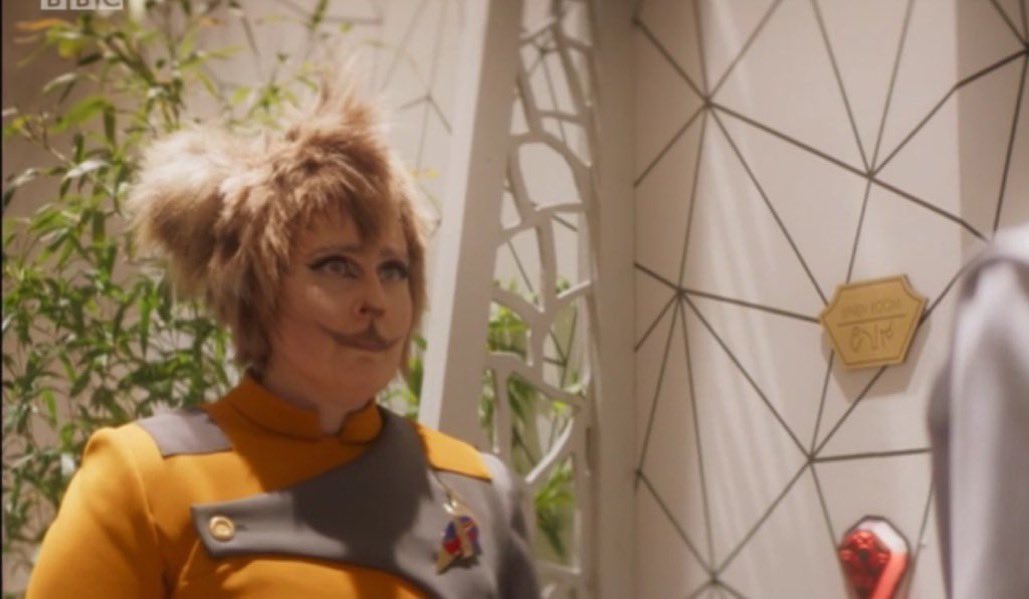 Is it meant to be dress up? Or an actual alien? This is what the show was doing 30 years ago- 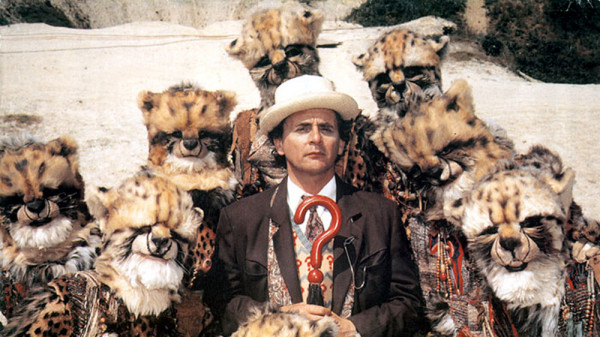 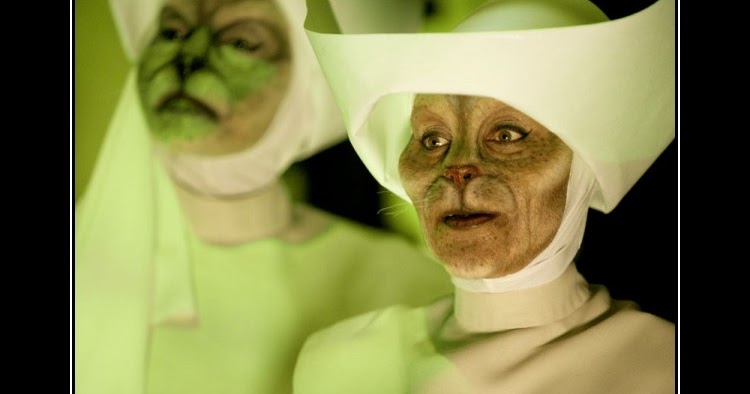 What. The. Actual. strawberry float.

The Watching Artist wrote:
Look forward to the follow up though-

that is quite humours

what they've actually done to the rat

Orphan 55 was a good premise but the ending was awful. It made the end of the first Transformers film ("THEY'RE A YOUNG SPECIES...") seem like a masterpiece of subtlety. The whole last scene could have just been Jodie Whitaker perched on the TARDIS console looking straight at camera: "Hi there gang, we've had a lot of thrills and spills tonight..."

The dregs were quite cool, but not quite sure about their motives. I'm also not sure how mum of the year managed to escape...

It seemed like all the character just wanted to die in this episode, instead of being picked up one by one they just went charging into the Dreggs to die.

One thing that really threw me about the last episode is when Grant (I forgot her name, the mum) appears out of nowhere. Like, the place was riddled with Dregs so walking about wouldn't be easy, the one she faced off against should've killed her as we know they adapt to weapons and where did she come from? She just appear from to direction opposite the building, did she managed to walk back to the building in an place where 10 minutes of being out in the open would melt you? I know there was a teleporter, but that teleported to inside the building.

Some decent stuff good looking monsters for one but mixed in with what can only be called a furry who wanders on set and delivers some lines over excitidly ... Also I'm really starting to think Jodie can't do speeches the one in this felt like a telling off from a bored over worked teacher that really doesn't give a gooseberry fool but knows they need to say something. I bet Capaldi or Smith would have given that speech 100% more passion, I'm sat across from a poster with Hugh Laurie on it right now so I just thought id love to see Jodie exterminated by the daleks and get him as the new Doctor, id make him a prick Doctor like a none drug addict more dangerous version of House MD who takes mad risks and tells everyone how stupid they are.

Just watching episode 2 and I had to stop to complain about how utterly strawberry floating stupid the laser shoes are.

two actors who have played different characters in the whoniverse in tonights episode i believe, one was in peter davidsons final story and the other was a major character in the sarah jane adventures

The writers really need to just pick one or two ideas and develop them, rather than the consistent hodgepodge every episode ends up delivering which inevitably results in 80% exposition and unearned events happening at breakneck speed. There could have been a good episode in Orphan 55 if they had cut 80% of it.