Anything to do with games at all.
Post Reply
138 posts 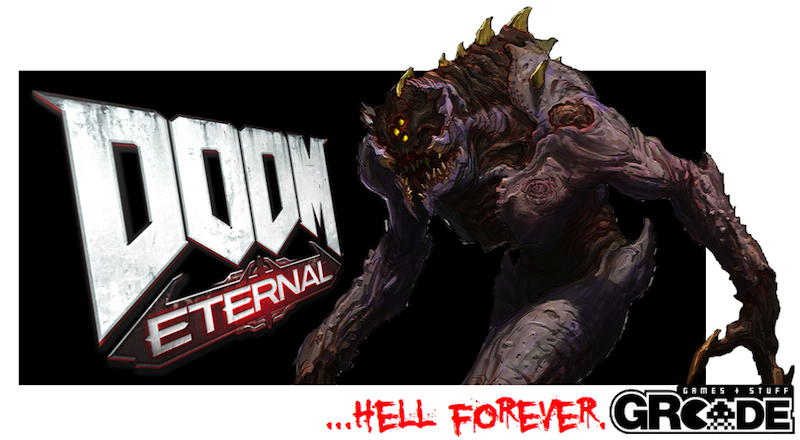 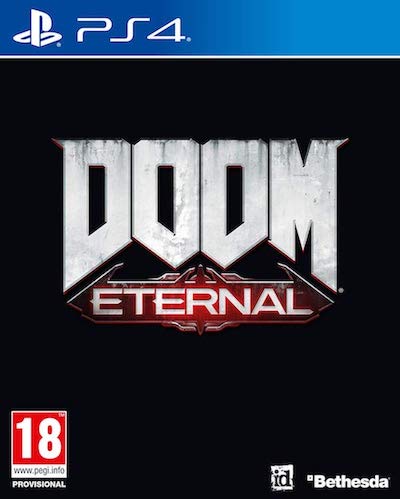 Developed by id Software, DOOM® Eternal™ is the direct sequel to the award-winning and best-selling DOOM® (2016). Experience the ultimate combination of speed and power as you rip-and-tear your way across dimensions with the next leap in push-forward, first-person combat. Powered by idTech 7 and set to an all-new pulse-pounding soundtrack composed by Mick Gordon, DOOM Eternal puts you in control of the unstoppable DOOM Slayer as you blow apart new and classic demons with powerful weapons in unbelievable and never-before-seen worlds. 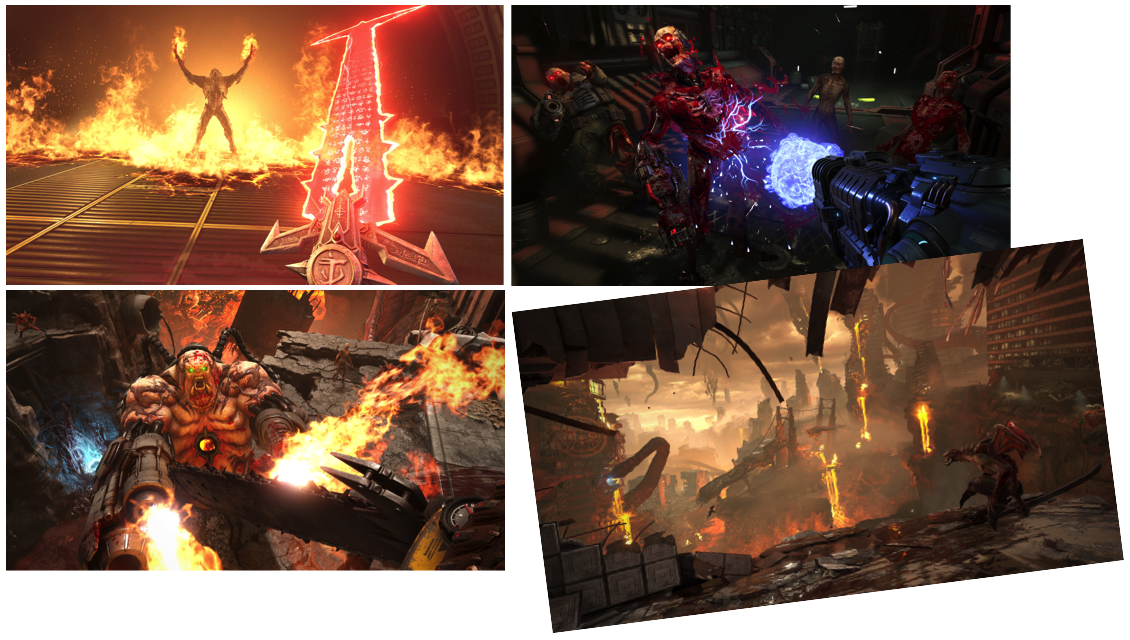 I've been waiting for this all week.

Can't wait for this.

That's great news, Milner! Panic delivered a high quality version of Doom for Switch, so lets hope that Eternal contains all of the fast action of the other versions :-).

Bring it on and it looks good.

I'll be there as soon as it launches on Switch (seeing rumours of the same day as the others but I'll wait and see), loved Doom on the Switch.

Brerlappin wrote:Okay, I'm hyped and pretty pumped about this, BUT, there's quite a few changes in that video. I'm worried they may try and over egg this pudding, especially with comments from Marty Stratton saying "were not building a doom game, but a doom universe". Like no, maybe just focus on making DE great and leave the expanded universe crap for after

I have to say I agree.
Doom is at its best when it's a strictly linear experience not an open world. Sure Doom has had open areas but they're part of an overall path I don't think Doom needs to join the ranks of open world games and I honestly see nothing wrong with well structured linear story led game (even if the story of Doom is basically just kill gooseberry fool it's still a story) that has well placed and considered set-pieces.

Brerlappin wrote:Okay, I'm hyped and pretty pumped about this, BUT, there's quite a few changes in that video. I'm worried they may try and over egg this pudding, especially with comments from Marty Stratton saying "were not building a doom game, but a doom universe". Like no, maybe just focus on making DE great and leave the expanded universe crap for after

This is my feeling. Some of that footage, especially towards the end of the extended gameplay, looked strawberry floating insanely good but I am worried they've succumbed to sequelitus and simply upped the intensity of everything. I'm not a fan of the invasion mechanic either, which I assume will have an opt-in function, and the majority of the new creature designs are a little bland BUT that was a criticism of the first game too, and didn't effect my enjoyment of it one jot.

Was there a release date mentioned?

Doom is incredible, can't wait for this to be in a steam sale in a year or two so I can get it for sub £10

Footage looks a bit off. The animations lack the punch that the originals had.

But yeah, I will play the gooseberry fool out of angry space marine.

Watched the gameplay this morning, looking good so far considering it's still a work in progress.

Looks the same to the first one, which isn’t bad for its fans, but not for me.

Doom Eternal Details:
New suit
The suit has a sword attachment and a grenade launcher/flamethrower attachment
Super Shotgun has a grappling hook attachment called the Meat Hook
Grapple demons like Scorpion but accelerate towards them versus pulling them to you
Combat Shotgun has a full automatic alt fire mode
SWORDS
New weapon, the Ballista, shoots explosive bolts that can pin demons
OG style Plasma Gun is back
DOOM SLAYER has a dash and can swing from poles a la Assassin's Creed
Extra life pickups?
Invasions, take control of a demon and invade another player's game a la Dark Souls
Non-demonized human npcs will be present
Multiple locations, Earth and Phobos to name two
New glory kills and demons
Reimagined demons from the last game and from Classic Doom
"Destructible demons" - demons will visually start losing bits of flesh and stuff as they take damage
idSoft are building a "DOOM universe"
Lots of lore
Game runs on idTech 7

Straight into my veins please, doctor.

I love the traversal options they've thrown in for this one. Looks like a really fun way to keep your speed and momentum up, while allowing for some really cool Glory Kill options.

Watched the gameplay again and noticed a few things:

- The infighting between monsters seems to have been dialled up. A couple of times you see monsters firing at something before the Doomguy arrives; I assumed there'd be other human NPCs but if you look it's the new shotgunguys firing at imps.
- The whole Phobos level seems to be a re-imagining of the Big Gun level from Quake 2
- There's a new dash move I didn't see before, as well as a double double-jump.
- I really strawberry floating hate the "Demon can be an offensive term" line. Apparently QuakeCon was packed with alt-right fuckwads this year and this sort of gooseberry fool only caters to that mindset.

The more I watch the footage the more hyped I get. Like I say, completely not bothered by the Invasion mechanic but this looks to be exactly what I wanted: more of the same.

There's a load of concept art released by id here. The two I found most interesting are below: 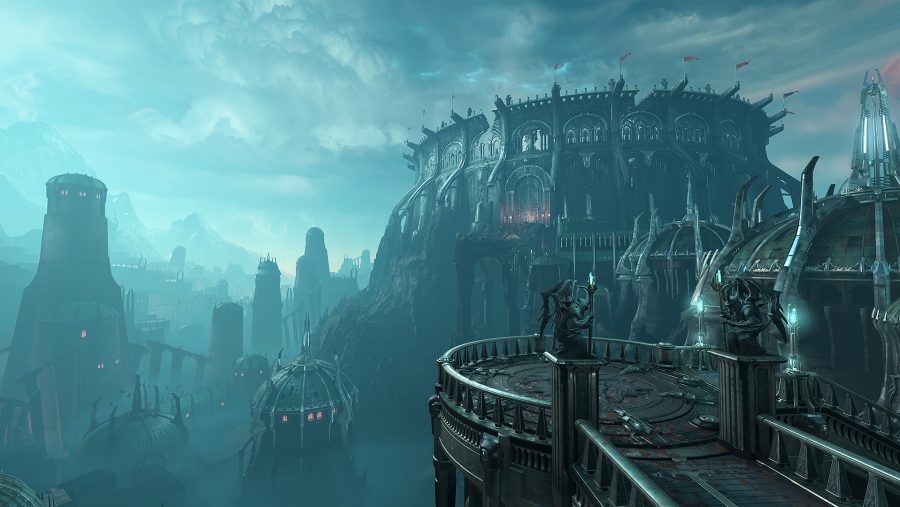 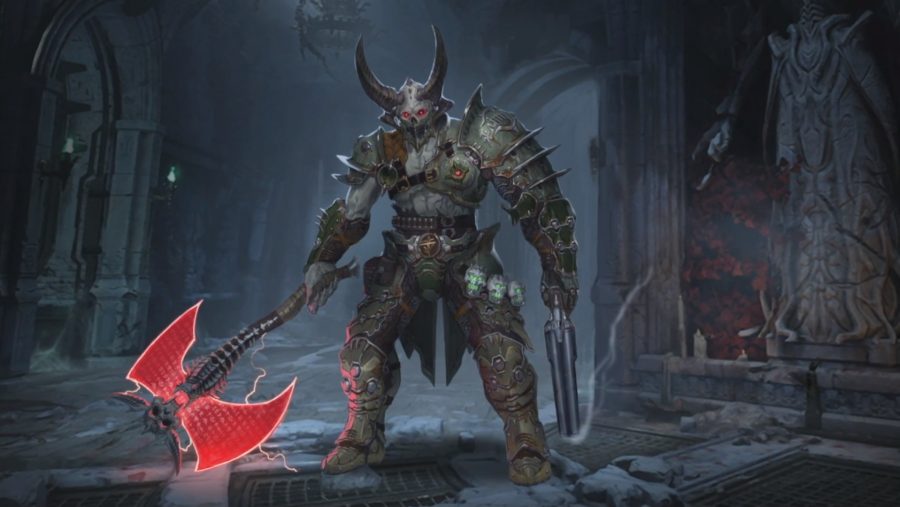 Big old Quake 1 vibes from that second one.

<]:^D wrote:i saw the footage for this and instantly went and bought Doom 2016 on sale

I've been playing it since the trailer hit.