Anything to do with games at all.
Post Reply
263 posts

Update - Dragon Quest X and XI announced for the NX.


VIDEO
Footage of the 3DS Version from the Stream I was keeping up with the Livestream via GAF posts, so when I heard PS4 and 3DS I was a bit bummed. It's only now I've realised it's two different games. This surely has to come West, right? And maybe it will give them the incentive to release the 3DS versions of VII and VIII as a way to renew interest in the series.

So happy about the announcement. Two games

Have no interest in the series whatsoever but that bottom retro screen on the 3DS is genius.

Floex wrote:Have no interest in the series whatsoever but that bottom retro screen on the 3DS is genius.

It's not random battles. Monsters spot you, chase after you and a battle starts if they catch you (in IX if you're a higher level than them they run away). It just doesn't seem to show that on the bottom screen to make it look like a random battle like the old games.

Not arsed about the PS4 version (can never get into JRPGs on home consoles for some reason) but the 3DS version looks gooseberry fool hot. Shame it's not developed by Level 5 like IX was. Loved that game.

So, does this confirm the NX will be close in spec to a PS4 then?

DQ presentation in its entirety.

3DS version is gimmicky as all strawberry float, but I want it so bad. PS4 version looks slick as. I'll probably go for the console version, to be honest.

I haven't played a DQ game since VIII, is this going to be a single player game? Weren't IX and X multiplayer focused?

X was IX wasnt, it was DS exclusive however.

magicmilner wrote:So, does this confirm the NX will be close in spec to a PS4 then?

Close enough that porting must be fairly cost effective. Not bad for a handheld powered purely by moaning.

Unless it's a port of the 3DS version.

If that turns out to be the case then the moaning will be powerful enough to make it 4K and VR and 3D all at once.

It's not confirmed for NX, they are considering a version for NX is all they said.

I hope both PS4 and 3DS versions come out here, they both look fantastic.

suzzopher wrote:It's not confirmed for NX, they are considering a version for NX is all they said.

I hope both PS4 and 3DS versions come out here, they both look fantastic.

Does that go for DQ X, too?

But if Nintendo manages to lure Square Enix under it's NX wing it'll be a massive third party coup for them. They could live without EA if they shunned the NX if that were the case with 2k next on their sights

Square Enix revealed the opening movie, new details, and new gameplay footage of Dragon Quest XI: In Search of Departed Time during a Jump Festa 2017 stage event today. First and foremost, the game will launch for PlayStation 4 and 3DS in 2017. There was no mention of the Switch version, nor is it listed on the newly launched teaser website here. Apparently this is incorrect. The Switch version *was* mentioned in passing and will be revealed at a later date.

First, we have official descriptions of the protagonist and the first party member: 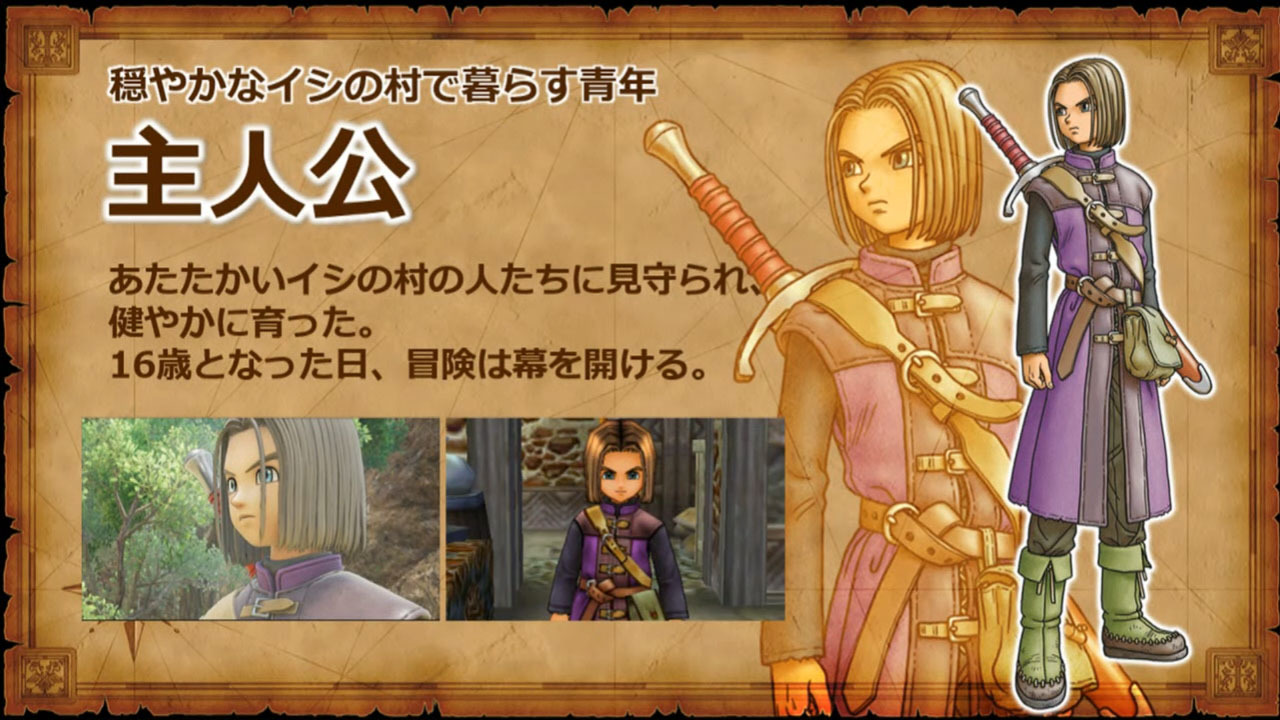 A young man who lives in the calm village of Ishi. He was brought up soundly by the people of the warm village. The curtain opens on his adventure on the day he turns 16. 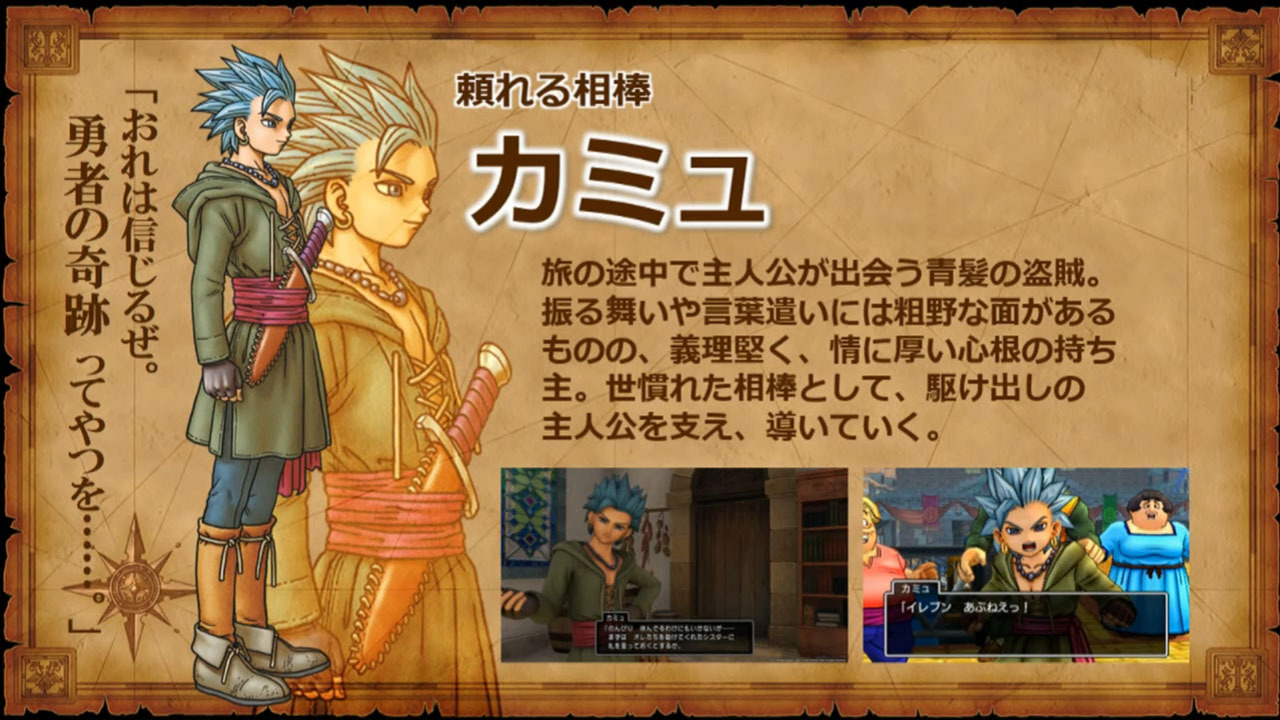 “I believe in it—the miracle of the hero.”

A reliable partner. He is a blue-haired thief that the protagonist encounters on his journey. Although there is a rude side to his behavior and speech, he possesses a strong sense of duty and a warm heart. As a partner used to the ways of the world, he supports and guides the novice protagonist.

The world of Dragon Quest XI is called “Lotozetasia,” which has a World Tree at its center. According to director Uchikawa, “It is a vast map comparable to previous Dragon Quest titles. It won’t betray your expectations.” Here’s a look: 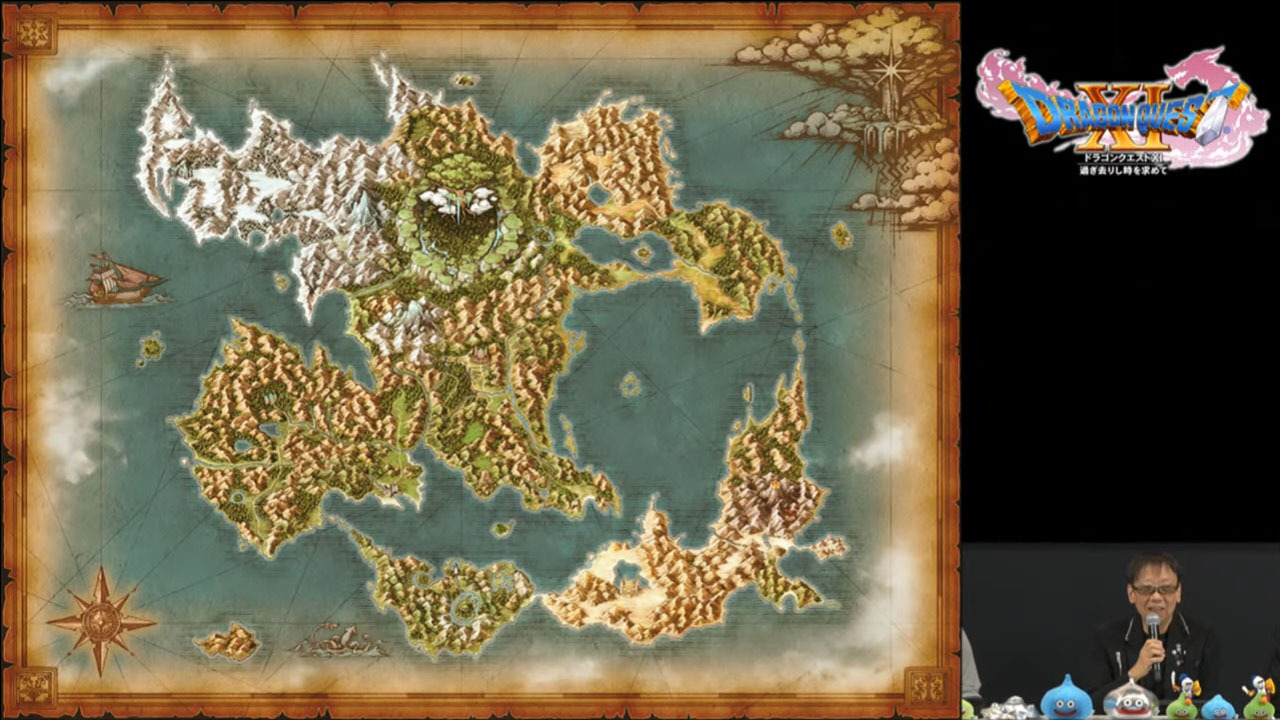 Some miscellaneous stuff: the series’ familiar Casino and “Puff Puff” ability will return. You’ll be able to play slots, poker, and mini-games that differ based on the hardware. The 3DS version will have support for StreetPass (different from Dragon Quest IX‘s treasure maps), while charming elements are also being prepared for the PlayStation 4 version.