Anything to do with games at all.
Post Reply
277 posts

This is now included in the 2 game voucher thing on the eshop.

Unless it's different on the Switch, this is what it'll say re movement/camera during battles: 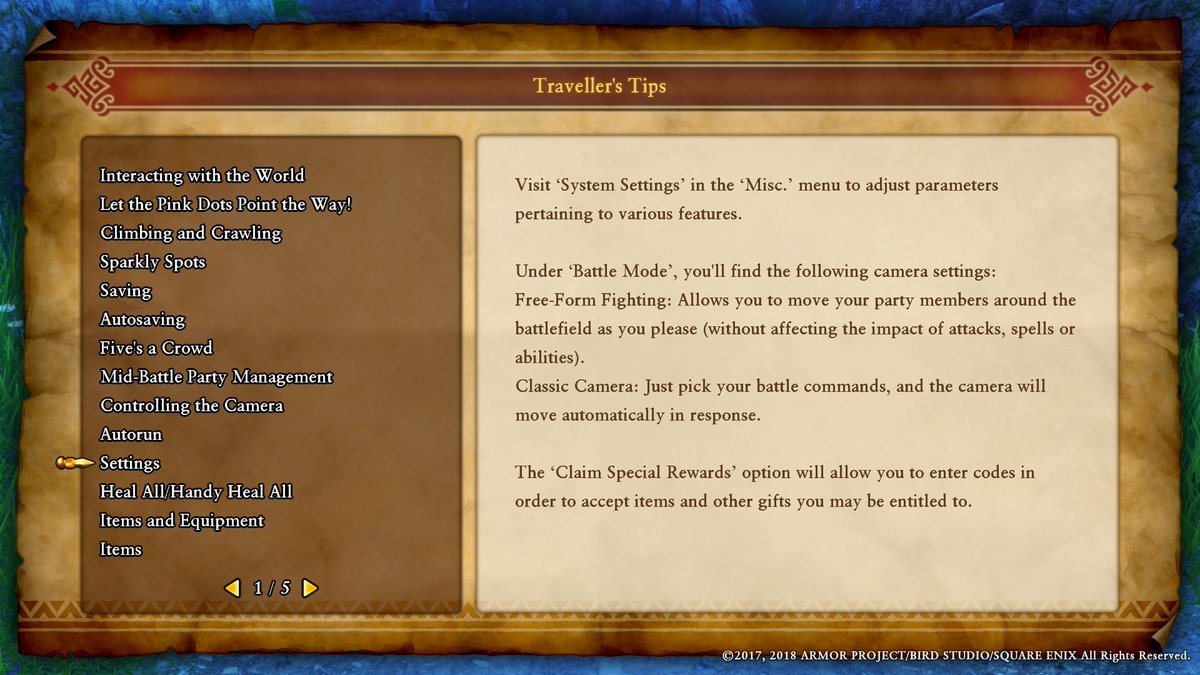 3rd attempt at Drustan's first trial. Wiped. I got Wolfy down to orange text, but by that point I only had 2 party members left and they were only really alive because Wolf kept turning them to gold and thus immobile but invincible

Will give it another bash later and if I fail again will then move on to the 2nd and 3rd.

Killed Wolfy but other boss was all but untouched. Wiped again. Moved on to 2nd trial and it's one of my most hated dungeons, filled with gold mobs

18 moves over the limit

Edit: oh and boss of new area were the same sods I gave up on the day before

18 moves over the limit

Edit: oh and boss of new area were the same sods I gave up on the day before 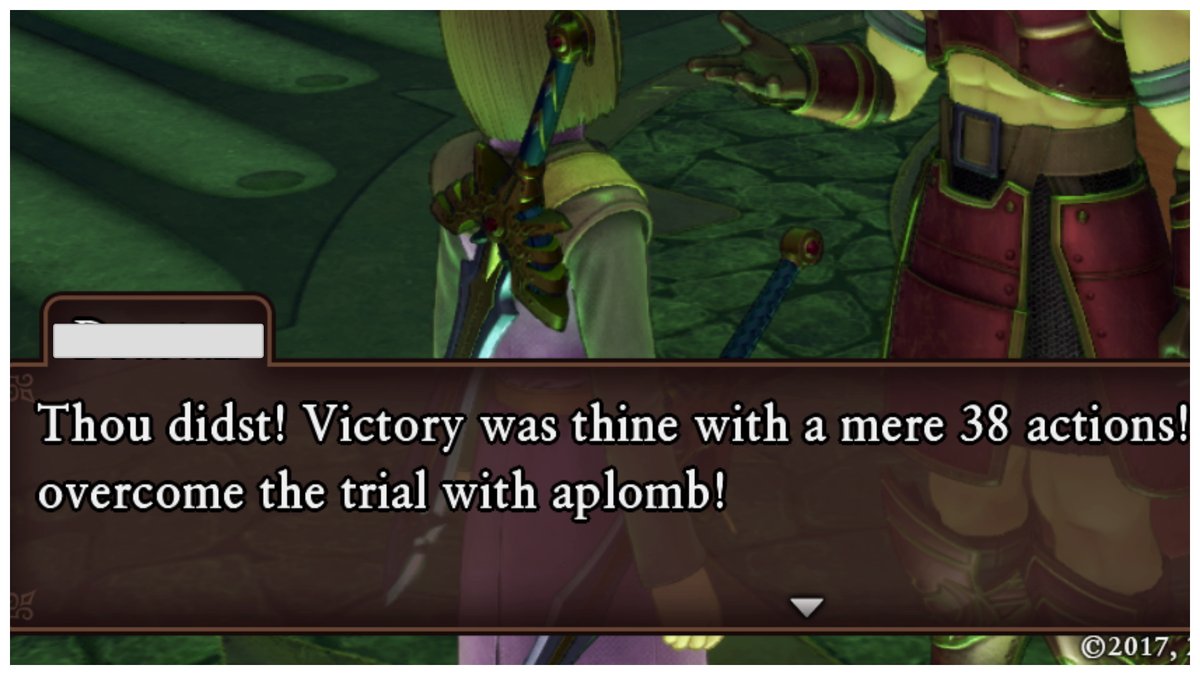 Post-endgame story mission tip: If the thought of making your way through to 3rd trial boss for another attempt fills you with dread, you can make it less of a pain by getting to the fight via the first sapling.

Only used one revive and no consumables.

6 in a row! Maybe leave it for a couple of weeks SoK? Then you’ll get a whole bunch of new people talking about it when it comes out on Switch.

Reviews are arriving for the Switch version and it seems like it's a hit! The Metacritic rating is 91 after the frst seven reviews. Nintendo Life awarded 9/10 and said:

Dragon Quest XI S: Echoes of an Elusive Age - Definitive Edition is an achievement that Square should be proud of; this is one of the best games they’ve put out in years. A heartwarming, well-paced narrative supported by a cast of fantastic characters, a dense and interesting overworld packed with dozens of hours of content, and one of the finest soundtracks we’ve heard in a JRPG combine to make this an unforgettable modern classic. Whether you’re a newcomer to the JRPG genre or a returning vet, do yourself a favor and buy Dragon Quest XI S: Echoes of an Elusive Age as soon as you’re able. This is the epitome of a gift that keeps on giving, and it more than deserves a spot in your Switch library.

It's great to hear that the built-in 2D version of the game (you can switch between 2D and 3D at any point in your journey by visiting a church) seems to have been developed with tremendous detail and care; Nintendo Life suggest that it'd be worth playing through the game in both the standard 3D and the added 2D versions.

The high scores doesn't surprise me it was a wonderful game on PS4 and with all the new inclusions and quality of life improvements, it's argubly the best DQ game to date.

Superb, been holding off on the PS4 version for the Switch extras, sounds like it's well worth it. That 2D mode looks immense.

10 hour flight to Namibia is going to fly by

I'm opting for 3D and it is jolly pretty.

The same cannot be said for Gemma's yelping as I fight. Strewth.

i wish i had a switch so i could play this

How long will I have to wait before I can go back and turn it in (or am I locked out of there now FOREVER?)

Anyone else playing this on the Switch? I'm about 20 hours in, just met up with Rab and Jade, so now I'm in the casino trying to do that quest where the guy wants her to wear a bunny girl outfit...

How do I get out of Slime Time?

Is it just a case of leaving it playing until it doesn't let me play any more? I like how I can just leave it to play itself, too

Sorry, yes, I’m playing it! I’m not too far in because time and other games: I’ve only just left the camp outside Cobblestone.

I’m not too keen on how it all feels like an old-school Dragon Quest with a modern veneer. Perhaps it’s silly of me to expect anything else, but after the glorious cut-scenes of the opening and seeing the environment I thought we’d be in for more of a Xenobladey affair. Instead we have a very standard turn-based game. Moving characters in battle is pointless and the glorious lush world feels like window-dressing.

It’s early days, but I can’t deny a smidgeon of disappointment.