E3 back with digital only event

Nintendo Digital Event it is

Thank goodness it’s back, last years ‘summer of games’ was pretty bad (but on the other hand solid, considering we could have got nothing due to Covid) as it went on for so long so a dedicated 3 days is much better. 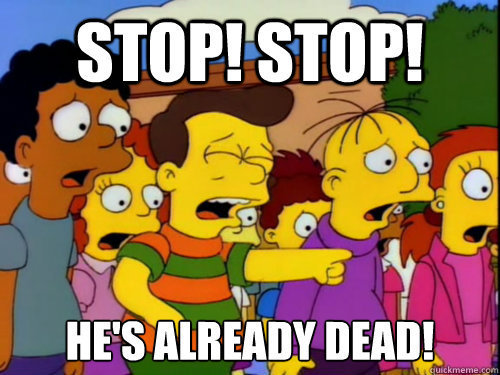 I can't wait to see what Activision-Blizzare and Jonami put out!

Let's all make a pilgrimage to the amazing church of Sony again.

Feels like Sony are just being snobby spoilsports by not getting involved. Any complaints they had I seem to remember were all to do with the physical space and cost side of it, not participating in this digital gathering feels like they don’t want to be associated with lesser games. Ever since they stopped going to E3s it’s not like they’ve done anything particularly memorable anyway.

Was thinking about this earlier today but since Jim Ryan supplanted Shawn Layden it feels like they’ve been a bit of a public relations non-entity. I know Layden was no fan of E3 but Sony felt like they were thrilled to celebrate their platform and games at any given opportunity under him. Now it’s more a case of shovelling chow to the plebs when the moaning from the basement gets too loud.

Phil Spencer on the other hand seems to have basically become the face of the gaming industry I want to be hobbyist fan of. Other than the monopolisation of content of course.

excellent i do enjoy this

E3 is back, and it'll be another hype time. Can't wait to see what comes from this one. No doubt EA are already setting up an EA Play for the same time again.

Blizzard already did BlizzCon this year, so I'm guessing that goes some way to explain why they're not bothered.

Nintendo's E3 stream always has a few good bits. It's cool that's back. That's the only way I've actually engaged with E3 for the last few years though.

Wait so we have Summer Games Fest and also E3. Gonna be interesting to see if announcements will be spread of the summer again like last year or not.

Last time i tried watching one of the big press conferences, i was so bored of the endless padding and waffle i gave up after 15 mins.

E3 has long been an overrated event sadly, i still remember Nintendo's ridiculous showing in 2008.

All aboard the hype train. Choo Choo.

I sort of miss the days when E3 press conferences were mostly awful and cringey with the boring business talk sections, the awkward onstage gameplay demos and all. Nowadays it's mostly just a constant stream of trailers, occasionally introduced by someone involved with the game.

My favourite memory of E3 has nothing to do with E3 itself. It was on this forum (well, it's predecessor really), when I was work skiving.

It used to be the biggest thread at the time, needed it's own folder in fact, and had loads of spin-off threads.

And an annual battle as to who had 'won' E3 between the big 3, which caused bannings, lifelong grudges etc. It was like Wrestlemania.

Anyhow, there was often an influx of new members around that time, and the chat was how to keep them. Let's be welcoming to the noobs, was the general view.

Let's not be snobby or make people feel stupid about not having cliquey games knowledge. I feel this is a long build up to a very poor punchline

So, this was E3 2003. Not realising E3 was a shortening of something like Electronic Entertainment Expo (even I forget now, but 3 E's anyway), a newbie just assumed the 3 related to the year and wondered what was going to happen in 2004.

So, they set up a thread along the lines of "what's going to happen at E4?"

Hahaha, even now, if you're reading this 18 years on whoever you were, hahaha! It's really the most pathetic unfunny thing I've ever laughed about, and so did everyone else. Hahaha!

I don't think they ever came back.

The charm has def been lost with the Direct format now being more universally adopted.

Sometimes I still wake up in the middle of the night and laugh about it again, hahaha!

I kinda hope this works out. I enjoy the excitement of announcements and new footage even if it does tend to be more underwhelming now.

If this digital only approach allows them to trim all the unnecessary fat and present an engaging format we all can look forward to each summer then that would be sweat.

Abacus wrote:Sometimes I still wake up in the middle of the night and laugh about it again, hahaha!

Users browsing this forum: No registered users and 163 guests