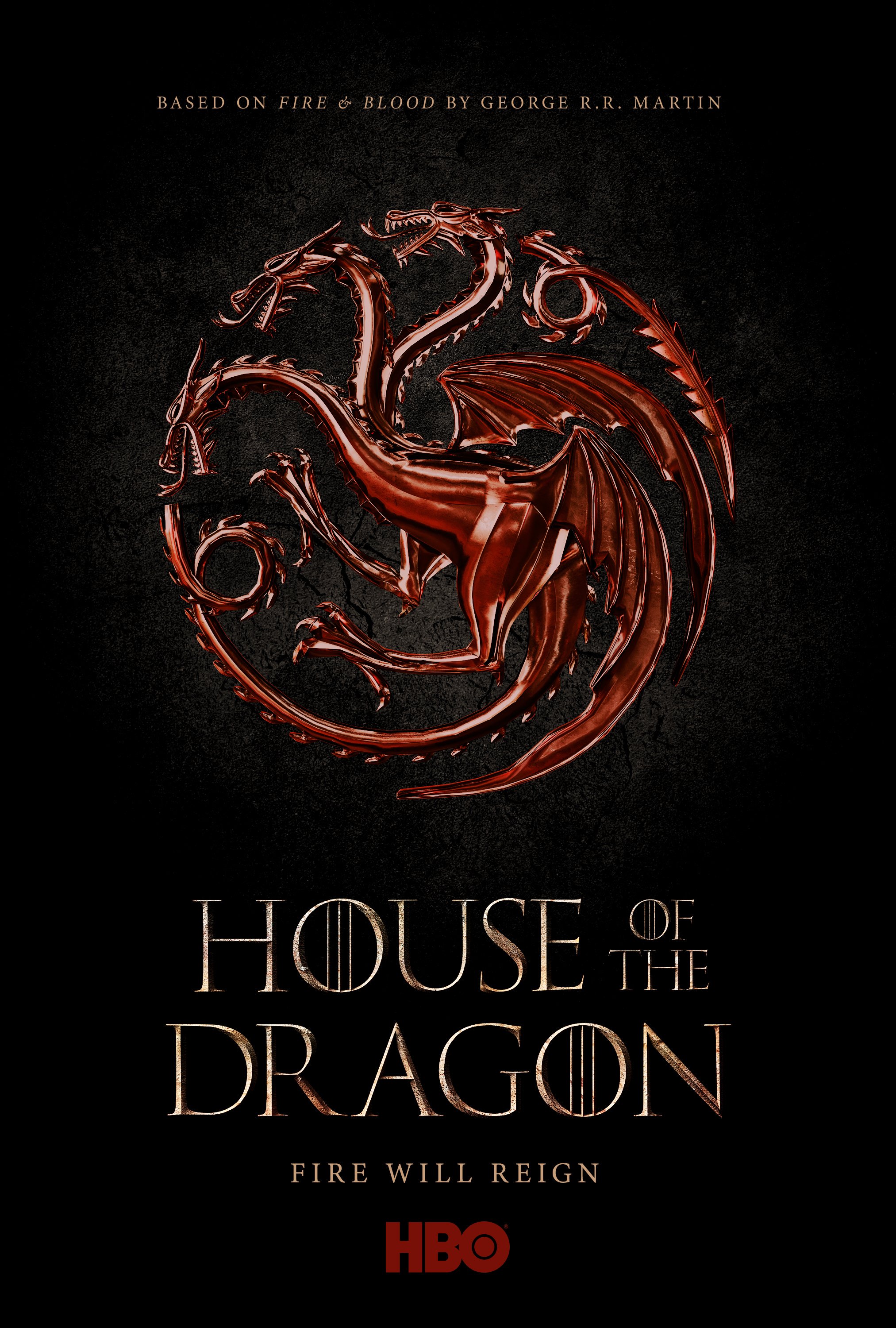 HBO announced Tuesday that its GoT prequel project about the Targaryen civil war has officially received a full series order.

The title: House of the Dragon. Ten episodes have been ordered.

Also announced: Emmy-winning GoT director Miguel Sapochnik will serve as co-showrunner and direct the pilot. Sapochnik directed acclaimed episodes such as “Battle of the Bastards,” “Hardhome” and “The Long Night.”

The new prequel was co-created by author George R.R. Martin and Ryan Condal (Colony) — who will also be a showrunner on the series.

A poster was also released with the tagline “Fire Will Reign”:

“The Game of Thrones universe is so rich with stories,” says Casey Bloys, president, HBO programming. “We look forward to exploring the origins of House Targaryen and the earlier days of Westeros along with Miguel, Ryan and George.”

House of the Dragon is based on Martin’s 2019 book Fire & Blood, a history of House Targaryen that spans roughly 150 years. GoT writer-producer Bryan Cogman originally developed the project at the network. Like the other prequel, the story takes place long before the events in GoT, but not nearly as far back as the Goldman project (a couple hundred years before Ned Stark and Daenerys Targaryen, give or take). So Westeros will look different than it is in Game of Thrones, but not too dramatically different based on what Martin has written about the era.

House of the Dragon also takes place during a time in Westeros that has plenty of dramatic established history penned by Martin to serve as a backbone for a story, whereas the pilot only had some vague references to build on.

The events in the new series will eventually lead up to The Dance of the Dragons, a massive civil war in the Seven Kingdoms held between two rival branches of House Targaryen.

I thought that it is the end but I guess it's not yet over.

So is this basically Fire and Blood Book 1?

Book 1? Is this another incomplete work they're basing the show on?

Saint of Killers wrote:Book 1? Is this another incomplete work they're basing the show on?

Not really, it covers half of the Targaryen history from Aegon the Conqueror through to the end of the Dance of Dragons (the Targaryen Civil War). Even if Book 2 which covers Baelor and the Mad King never gets released, there's still complete stories they can tell.

George on the new show & the cancelled show - http://georgerrmartin.com/notablog/2019 ... take-wing/

Got more hope for this than I did for the prequels set thousands of years before Game of Thrones, which I was fearing was basically going to be the white walker plot line from GoT but where the Night King retreats back north rather than defeated.

I’ve not started Fire and Blood Vol 1 yet, just about finished The World of Ice and Fire though so this will be up next. Sounds like they will have plenty of stories to choose from, two I'd ideally like to see is Aegon’s landing and the Dance of Dragons.

House of the Dragon, HBO’s straight-to-series prequel to Game Of Thrones, is on track for a 2022 debut, HBO President of Programming Casey Bloys said in an interview with Deadline during TCA.

“My guess is sometime in 2022,” he said about when the series will premiere, stressing that it is too early to be more specific than that.

P.S. Principal photography starts on the next Game of Thrones series, House of the Dragon, in a few months. Look out for dragons overhead! 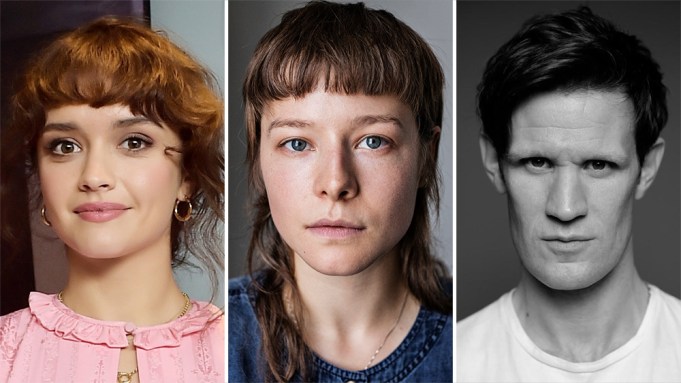 That last key role is still being cast; I hear Danny Sapani (Penny Dreadful) is in currently in talks for it.

Additionally, HBO has tapped Clare Kilner, Geeta V. Patel and Greg Yaitanes to round out the series’ directing team.

Based on Martin’s Fire & Blood, the series, which is set 300 years before the events of Game of Thrones, tells the story of House Targaryen.

In the 10-episode first season, Cooke plays Alicent Hightower, the daughter of Otto Hightower, the Hand of the King, and the most comely woman in the Seven Kingdoms. She was raised in the Red Keep, close to the king and his innermost circle; she possesses both a courtly grace and a keen political acumen.

D’Arcy’s Princess Rhaenyra Targaryen is the king’s first-born child. She is of pure Valyrian blood, and she is a dragonrider. Many would say that Rhaenyra was born with everything — but she was not born a man.

Smith is Prince Daemon Targaryen, younger brother to King Viserys and heir to the throne. A peerless warrior and a dragonrider, Daemon possesses the true blood of the dragon. But it is said that whenever a Targaryen is born, the gods toss a coin in the air.

House of the Dragon was co-created by Martin and Condal. The pilot script that landed the series order was written by Condal. He serves as co-showrunner alongside GoT veteran Miguel Sapochnik, who will direct the pilot and additional episodes.

They need to shoehorn in Sean Bean.
I don't care how, they just need him.

All I ask is that they have an actual ending in mind that isn't strawberry floating gooseberry fool.

Also, they need to somehow shoehorn in the grizzly death of Bran.

Meetings with writers for the adult-leaning project, which would be similar in tone to HBO's Emmy-winning flagship, are already under way. No deals have been made and there's still a possibility that the animated series never comes to fruition.

The animated idea is part of a larger strategy to expand the world of creator George R.R. Martin's fantasy drama. Sources say development executives at HBO — led by drama head Francesca Orsi and her group — are working directly with Martin on building out the sprawling Game of Thrones world. (Martin remains under a rich overall deal with the cabler.)

Could Game of Thrones just strawberry float off a bit, maybe?

HBO need to move on.

They should make a series set entirely in Luton if they really want the big bucks.
It would be the first $1T franchise.

They had a series set in Rome so one set in Luton seems like the perfect fit.

Honestly with the amount of different ideas they’ve probably got in various stages of planning/production it might be massively overkill in the near future for Game of Thrones content. All I really want is Winds of Winter & A Dream of Spring and as time goes on I’m fearful for even getting both of these

Honestly with the amount of different ideas they’ve probably got in various stages of planning/production it might be massively overkill in the near future for Game of Thrones content. All I really want is Winds of Winter & A Dream of Spring and as time goes on I’m fearful for even getting both of these

The wait is getting pretty silly now.
It wouldn't be so bad if Mr Martin didn't constantly do other stuff instead of finishing the series.

Does anyone want this?