Good evening, GRCade! It's been a long, hard and mind-numbing task, but the votes have been counted, re-counted, and then counted again just to be sure, and it is now time to reveal the results of the GRCade Forumite Awards II to you all! Over the course of the evening, I will sporadically update the thread with the awards, along with some input from myself and several other forumites who were kind enough to dedicate their time and effort to livening the awards up a bit.


So without further ado, let's have the first award.

JK Got a Bottle of Milk What Really Grinds My Gears
We had an interesting lot of nominees for the best logo. Zenigame was rather outspoken on one particular logo, and had this to say:

- strawberry float the haters, Glee-Rcade was awesome and that logo is better than any other logo ever used. And I'm not just saying that because I made it.

Unfortunately for Zenigame, however, the winner is:

And for the maker of the sig:

I think there should be a way JK can win all the awards. Except for the ones I'm up for.

Which is forumite of the year and most entertaining forumite. Just saying, like.

Skarjo wrote:I think there should be a way JK can win all the awards. Except for the ones I'm up for.

Which is forumite of the year and most entertaining forumite. Just saying, like.

I'm in the library and, for some reason, the letters are appearing very small. Could you enlarge that post for me to make it pretty sizeable?

Get a move on Ben. Y'aint DML.

Forget about it. We both know who the real winner was.

I think Cora forgot that there were other awards.

Sorry, kept getting those MYSQL errors.

KKlein Aprreciation Day should have won best logo. This is worse than the Emmy's.

satriales wrote:KKlein Aprreciation Day should have won best logo. This is worse than the Emmy's.

Your face is worse than the Emmy's

The next award is for...

As always, Zenigame had a lot to say:

- Mori what the strawberry float are you doing here. You're not new. You don't even have zero posts. And Supertramp you're too new (or too old). Again wasted spaces. I'd even argue Jay isn't new. Only because I remember him kicking ass at GGGC over a year ago and he feels like he's been here for ages. BizzyBarra is newish isn't he? Unless it's just a name change I didn't notice. Same with Lonely Angel and atheistium. Mibs.

And I've managed to wrangle a guest host for this one! God couldn't make it this year, but I have the next best thing

[Play this video video in a separate tab/window while you read this: http://www.youtube.com/watch?v=SSSxSmm9tFM] 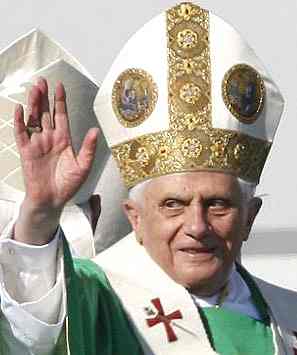 How’s everybody doing? You doing good? I thought I wouldn’t be able to get here in time as I’ve just got back from a pretty gruelling few days around the UK. I just flew in from Glasgow and boy are my arms tired!

No, but seriously, it’s great to be here, announcing this next award, it really is, I’ve been a big fan of GRcade for ages!

No, really, it’s true. I first discovered the site about a year ago when I had some Papal duties in mainland Europe. I was Googling all the towns I had to give mass in, y’know, checking out the competition, that sort of thing. Turns out in the arse-end of nowhere somewhere in Holland there’s this town called “Wank”...

So, anyway, I was going to be doing my Papal duties in the town called Wank. So, naturally, I end up at GRcade after I Google “mass wank”. True story. True story.

I was going to sign up so I could join in with the banter, it looks really fun. So, I try to sign up as my favourite online screen name, “Catholics Are Lovely”. Turns out I’m not allowed that, it’s too long or something, so I use the shortened version “CAL”...

It appears somebody already uses that. I guess he’s the resident spreader-of-the-faith, then. Y’know, always going on about how great Christians are and all that. I’m sure he’s doing good work. In the end I thought I’d go undercover so as not to upstage the poor guy – so, if you ever see a post by a guy called “diabolito”, that’s me!

Which brings me onto the award that I’m announcing, the Best Newcomer. As a newcomer myself I know what it’s like to start-out – those first, tentative posts to test the water, as it were, the slow blossoming of a potential forum celebrity (or villain). God know’s it’s tough.

He actually does, he mentioned it the other day on the Holy phone.

You've been a great audience, thanks for having me, you've been special. So, anyway. The winner of Best Newcomer is...

How did Mori get nominated? He's been here since GRcade's inception!

Yeah, he voted himself apparently. So it got him nominated.