Anything to do with games at all.
Post Reply
400 posts

Victor Mildew wrote:Sigh, time to replay every half life game including blue shift and opposing force then

I made it up to, what I believe to be, the final strider fight where you're in the buggy and drive around endlessly flinging bombs at them, and after more than a few tries, I got a bit bored and never went back to it.

I haven't played it in almost a decade but that fight remains one of my fondest gaming memories. I was almost out of breath when I finished it.

to be fair, that fight is gooseberry fool.

Victor Mildew wrote:Sigh, time to replay every half life game including blue shift and opposing force then

I was thinking the same thing.

Is Black Mesa finished yet? I've been holding off on that until the xen levels were done. Now would be the perfect time for it.

They haven't finished Xen yet as it's a complete rework

Tafdolphin wrote:They haven't finished Xen yet as it's a complete rework

Aww that sucks. Been a while since I checked in on it so was hoping they'd be done by now.

Never know though, they might get it done by march.

I made it up to, what I believe to be, the final strider fight where you're in the buggy and drive around endlessly flinging bombs at them, and after more than a few tries, I got a bit bored and never went back to it.

Just gone back and finished it. I don't think I realised before that you could cheese the combat in that fight by running over the hunters, which made it much easier, but I still found it incredibly frustrating, and resorted to save scumming after each strider fell just so I didn't have to repeat any of it. Terrible finale.

Still disappointing this isn't an actual sequel, but I think there's more than enough to look forward to in a City 17 based prequel.

Just have to decide if it's enough for me to justify letting Facebook put a load of cameras in my house in order to play it.

After fifteen years of development in one form or another, Black Mesa is almost finished. A new public beta build of the Valve-sanctioned Half-Life fan remake unveils the final chapters of Xen, the alien world much-maligned in Half-Life and absent from the initial release of Black Mesa. With this, the game can now be played in full from beginning to end. And damn, their expanded version of Xen is real fancy. The developers still have some work to do before leaving beta and say they’re keen to hear feedback from players but the end is so close I can smell G-Man’s government-issue aftershave.

I'll have a wee look at that on my lunch I think.

Been replaying the original and just got the Gauss gun. I forgot just how fast and slippery the first game feels in places. Looking forward to getting to the latter stages again as it's been a while since I've seen them (Yes, even Xen).

But Black Mesa is on my to-do list along with Op For and Blue Shift after I replay the core games.

Does Black Mesa get any better? I've played the first few hours and honestly I don't think it's as good as the original.

Where the strawberry float was Half-Life: Alyx last night?

Valve are definitely back.

EDIT: Yup, they cancelled it (the extra details, not the game) for some reason.

Valve Time is in effect.

Not watched it myself yet, but could be interesting.

EDIT: Apparently there's a decent amount of off-screen footage and coverage of the major headsets and WMR. 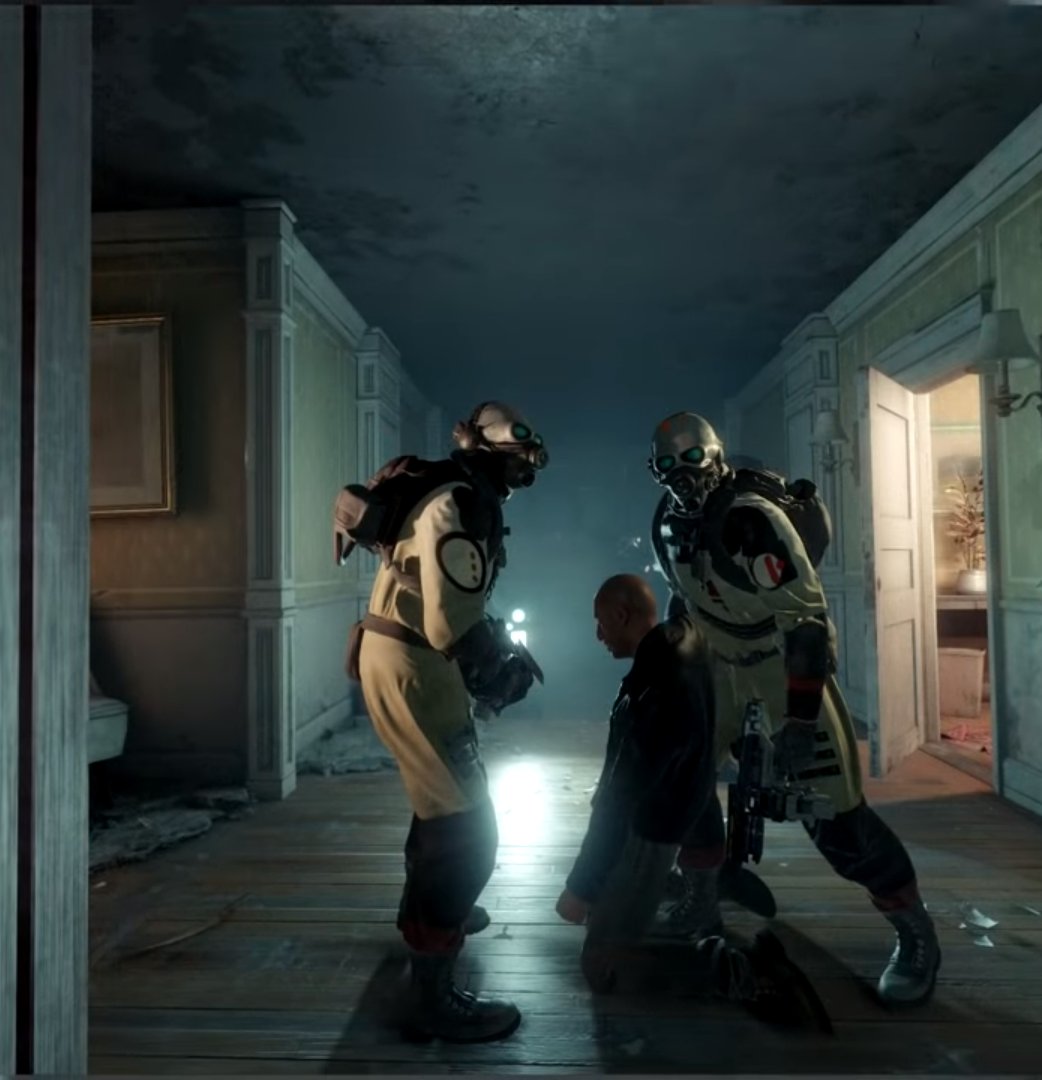 Never has a gimmick looked so good

The teleport movement has me a bit worried, and not just because it's not a personal preference. The second video makes it look like it's optional, but in video 3 it looks like an easy way to cheese firefights by warping from cover to cover, and they're going to have a hell of a job to find a good difficulty balance in combat when that's an option. It'll stick if you're penalised with much harder combat because you prefer a movement method that has you running around in the open, rather than magicing yourself to safety.

Users browsing this forum: No registered users and 109 guests