Anything to do with games at all.
Post Reply
2727 posts

Edit: Reading Reddit, there's something they've noticed that's a bit strange. The FOV slider is disabled in 120hz mode, but... if you start it up in 60hz mode, set the FOV to whatever you want, it then remains at that setting when you switch back to 120hz. Not sure if I've played an FPS with a FOV slider before so not sure how much of a big deal it is. I guess it's just personal preference or is it always better to have a wider view?

Personal preferences to an extent. Also, can impact on performance - wider field of view involves more geometry so narrow views are easier to render. Hence why few console games have the option as they are programmed to render as much detail as possible and affecting the FOV could tank performance. However, trickery with LOD and adaptive resolutions can offset this.

Personally speaking, I find very wide FOV gives a fishbowl effect that I don't really like.

My FOV preference is 90, it’s wide but just before the fishbowl malarkey.

Posted this on the main Xbox thread but will add it, and a few more thoughts here:


Spent the evening playing the original Halo on the MCC. What's the general opinion on the visuals, do people prefer the Anniversary or original visuals? I probably prefer the latter, especially outdoors. The revamped ones just seem way too bright at times, losing some of the atmosphere. Plus they add more modern details and textures, that tends too take away from the originals cold,, sleek alien aesthetics.

Up to the Silent Cartographer anyway. It's still absolutely fantastic, for a game that is approaching its 20th birthday

I was actually planning to play Halo 4, as I only did the first 3 levels on the 360, whereas I've played the rest up until that.

Halo actually feels a lot better to play than Perfect Dark Zero, which j downloaded for nostalgia purposes, having quite liked the single player back in 2006. It's a bit slower than modern games, and you aren't as mobile or fast as the likes of Destiny, but the enemy line up is still satisfying to kill, the weaponry feel good and it's got a timeless, basic gameplay loop to it.

The Halo CE Anniversary visuals for me is kinda a weird one. I finished CE so many times back in the day so knew all the levels inside and out because I played them over and over for high score difficulties etc but I only finished Halo CE Anniversary once and kept new visuals on the entire time, in fact, when it launched on 360 it came with maps for Reach, some great ones actually so I was also playing mp on that at the time.

With MCC, I've already finished Halo CE again with the new visuals again so I'm in this weird situation that I actually like them because they are a novelty still. I STRONGLY recommend playing Halo 2A with the new visuals because it's the best looking MCC title by a mile, looks better than Halo 4 even (H4 looks amazing btw).

I maintain the best games in MCC are Halo 3, ODST and CE but Reach is worth the €5.

GrinWithoutaKat wrote:There's no time to read the text on the pre-mission load screens on Halo 4 anymore

They need to patch in the old load screens tbh...

Second night in a row I've been playing Halo 4 in co-op, second night in a row it's dropped the connection about 4/5ths of the way through a strawberry floating level. Is anyone else having problems with it at the moment, or has everyone given up with the campaign now?

Wouldn't be so bad if it bothered to log you've completed a level when you start from a checkpoint. Having to play through both levels *again* just so it actually registers we've finished them is ridiculous.

Think it's something stupid where a Series X can't play properly with an Xbox One or what? It's pissing me off no end.

Is there cross play with mcc pc and Xbox one yet?

zXe wrote:Is there cross play with mcc pc and Xbox one yet?

Yes and there is input based matchmaking also.

zXe wrote:Is there cross play with mcc pc and Xbox one yet?

Yes and there is input based matchmaking also.

Frank wrote:Think it's something stupid where a Series X can't play properly with an Xbox One or what? It's pissing me off no end.

The campaign co-op is peer to peer so if you're losing connection the host's internet is dropping out (even if it's for a split second) whenever I played it we used mate with fastest broadband and it was ok with tiny spikes of lag every now and then. The MP including FireFight run on dedicated servers so are more stable.

Halo 5's co-op campaign is also on dedicated servers and is rock solid as a result. I wonder if they'll transition all the campaigns in MCC to servers? At this late stage, and the fact they never mentioned it in their 'roadmap' means I don't think so. The checkpointing is just odd, I think it's tied to the host but I'm not sure.

Thanks for the explanation. Seems that's exactly what the problem was! I host usually, and it strawberry floats up, so they hosted tonight and we made it through both the levels it'd kicked us from previously without any issues. Crazy. Stupid thing is that my internet is faster, but clearly less stable.

Finished Halo 4 the other day, so we've started on Reach now. It looks so much nicer without the motion blur "to give the illusion of 60fps".

Was Reach still Bungie originally? Absolutely absurd that there's no subtitles for any mid-mission dialogue when there's so much of it

and it's not like the mostly-inconsequential squad chatter in the previous games, like the squad's laying out the missions and changing the objectives and none of it whatsoever has subtitles

Next week we are planning to kick off our first flights for MCC in 2021! In last week’s MCC Flighting & Development Update, we talked about some of the features players can expect. If all goes well in Rings 1 and 2, we plan to roll out our next public flight as early as next Thursday, February 18. While all of the contents of the flight are subject to change, some of the features we’re hoping to include are:

Custom Game Browser: a new way to play with each other in MCC
Season 6 content
A new map for Halo 3 from Halo Online
FOV slider support for all Xbox One consoles
FOV slider will no longer be locked when Xbox Series X|S devices are set to 120hz
Double Keybindings
Mouse & Keyboard support for consoles
Advanced Audio options
View Model Customization options 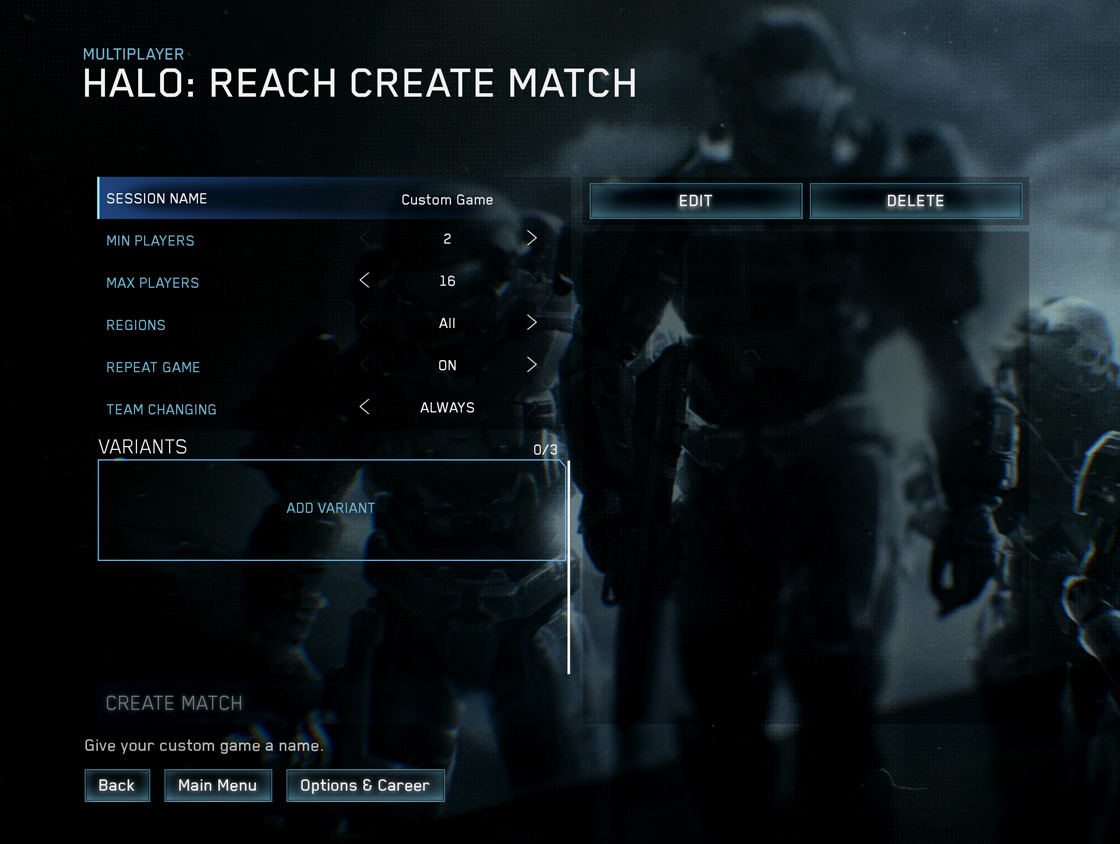 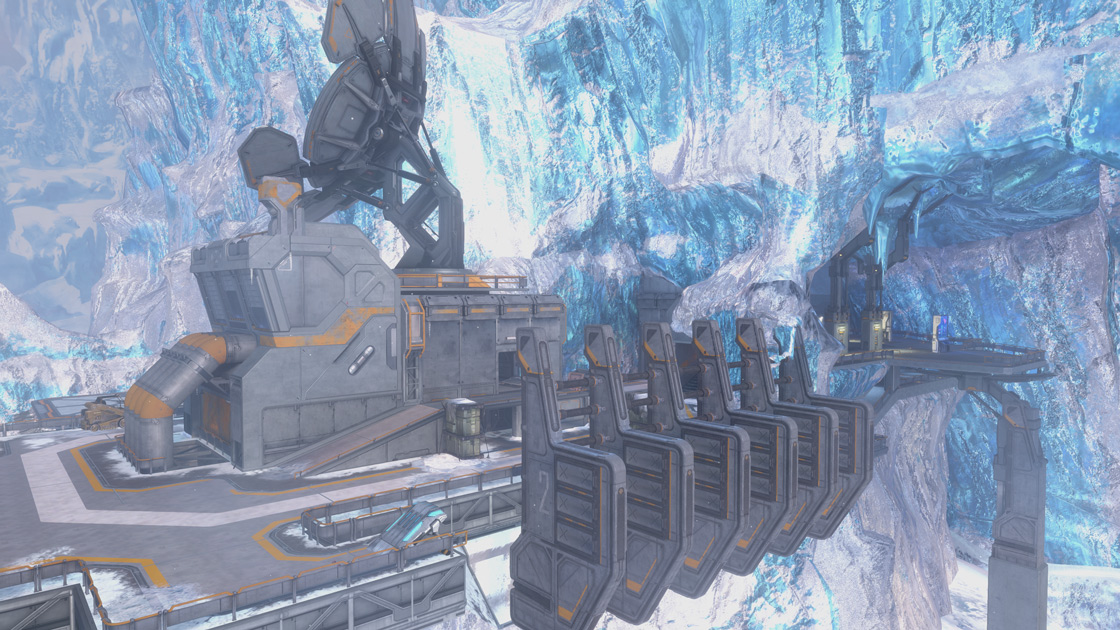 
With Season 6, we’ve got a heap of new content shipping out, and we can’t wait for you to get your hands on it. This time around you can look forward to:

100 new tiers of content for Season 6 (including brand new armor, back accessories, animated visors, and more)
Waterfall, a Halo Online map now playable in custom games for Halo 3
The Exchange
A brand-new game variant for Halo 2: Anniversary, Halo: Reach, and Halo 4 – Escalation Slayer
The ability to change your teams mid-game in custom matches across all titles in MCC
And more!

Started this on Game Pass PC recently, the launcher and install process is still a bit of a mess but it mostly seems to work now. 150GB install though

I'm halfway through Halo CE at the moment and it's such a nostalgia hit. I can't really separate the experience it is from my memories with it so there's no way I can objectively rate it as a game in 2021 but it's still a hell of a lot of fun! They got the feel of so many things right in the first game - the weight of Chief's movement, the balance (or lack of balance in the case of the OP handgun!) and feel of the weapons, the control and movement of the vehicles etc.

Only real downside - the updated graphics are awful. Like straight up horrible! They destroy so much of the original design and intent behind the look of things and so much of it looks more "generic shooter" as a result. So glad you can switch back to the original graphics

I think people go way over the top about CE’s remastered graphics, sure some designs aren’t perfect but overall I much prefer to replay with them on, same with Halo 2 Anniversary which is stunning at times.

If anything I was being reserved there - I genuinely think it ruins the look of the game in basically every situation so far! It's like they didn't actually look at the base graphics when creating the updates, they are far too different in tone, style, texture, detail etc. The atmosphere is ruined in so many cases because the new graphics and lighting are just not right - far too often scenes that were dark and mysterious are now bright as hell for example.

I honestly cannot think of a graphical update that has been done worse.

Fortunately none of that detracts from the underlying gameplay (especially as you can switch back to the old graphics) which as I say is still fantastic!