HDYFRN How Do You Feel Right Now?

What's wrong with Manchester? I have a friend who moved there from just outside brum and he's never looked back, he loves it.

RichardUK wrote:I went to Manchester yesterday to look at a possible investment and I have never been so pleased to arrive back home

I, too, have never been so pleased for you to arrive back home.

Chocolate-Milk wrote:I, too, have never been so pleased for you to arrive back home.

Tsunade wrote:What's wrong with Manchester? I have a friend who moved there from just outside brum and he's never looked back, he loves it.

Firstly I will say I go to Manchester at least twice a month but I travel by train and just go to the airport which is the airport I always use because I like it, I also years ago would be driven into Manchester to go to a head office once a week and I never had any issues with Manchester then and I am sure parts of the city are very pleasent and a nice place to live

I don't know the areas of Manchester but I went to a M12 postcode and googling that says its Ardwick, Longsight, Chorlton-on-Medlock area and east of the city centre and the only way I could describe it would be a complete dump, on driving in I past a extremely large row of shops that I would say at least 75% looked like they had not been open for 10 years plus the remaining 25% looked extremely scruffy and run down mainly takeaways and shops selling second hand white goods such as fridges and washing machines with a few mattress dotted about

The traffic was horrendous and while waiting you could read the advertising billboards informing you that high number of people die in Manchester from the poor air quality, we then parked to go to our first appointment and we were out of the car I would say for 3 minutes and a women carrying a mobile phone in one hand and a cigarette in the other hand was screaming "call the police, he's always like this, they are always like this, this is what I told me, I f**king went round ......." then almost straight after a scruffy looking man asked us for money and it was only around 1 in the afternoon and it did not feel safe at all

We then traveled to the next appointment it wasn't far (its near some really tall buildings they are building) and it was a cacophony of awful blocks of flats that it looked like the council must have sold plots of land and told developers to build whatever they want regardless of how it looks or how nice it will be for people to live there, forgot planting any trees or anything to try and enhance the area, oh and don't bother seeing what the plot next door is building just build it in a completely different style and let all your flats balconies overlook there's and graffiti just leave it right on where it is

It all genuinely made me feel sick and quite anxious almost like your trapped there, it made me feel sorry for the people who were born into that situation and don't know any different and maybe feel like its normal or that there is not anything better out there, its not a case of me looking down on these people as some of the flats we looked at in the newer buildings were not exactly cheap but I personally would not want to live in that environment, the architecture and general dirty, claustrophobic and dangerous feel of the place made me want to get away from it as quickly as possible, the place needs knocking down and starting again

Has Richard ever been to a city before?

RichardUK wrote:I don't know the areas of Manchester but I went to a M12 postcode and googling that says its Ardwick, Longsight, Chorlton-on-Medlock area

They're also mostly never as dangerous as they appear, assuming you keep your wits about you and are au fait enough to blend in

OrangeRKN wrote:They're also mostly never as dangerous as they appear, assuming you keep your wits about you and are au fait enough to blend in

But how can one blend in if they don't own an adidas tracksuit with go faster stripes?

What’s good to watch on Netflix at the moment? I’d like a series I can get into

RichardUK wrote:What’s good to watch on Netflix at the moment? I’d like a series I can get into

What kinds of shows have you liked in the past?

Open to anything really

There is a Netflix thread here where more people might see the question?

Most recently I finished Ozark S2 and Bojack Horseman S5, which were good and excellent. I'm currently watching Always Sunny S13 and next on my watchlist is the latest series of The Last Kingdom. At a guess I'd say you're more likely to be interested in The Last Kingdom.

Narcos is probably the kind of thing you'd like. Also, if you have Amazon Prime The Man in the High Castle is good.

Was interesting seeing 5 to 2 - number 1 was only ever going to be one thing.

Was interesting seeing 5 to 2 - number 1 was only ever going to be one thing.

Hah, yes. Thanks for watching!

I really enjoyed Kamiko and didn't notice that they'd released another game so will check that out at some point. Looks like the kind of thing I'd enjoy as well.

It’s hard to recommend anything that Richard would like though. We need Netflix to create a documentary on the correct way to display a flag.

If you liked Kamiko then there is a definite higher probability than average that you'll like Fairune, as even though Kamiko is a lot more of an action game they share a lot of elements. One of the unlockable games in the collection (Fairune Blast) is a one-stage shooter with two of the Kamiko characters playable, which is cool also.

I'm also keeping an eye on Picontier and Transiruby 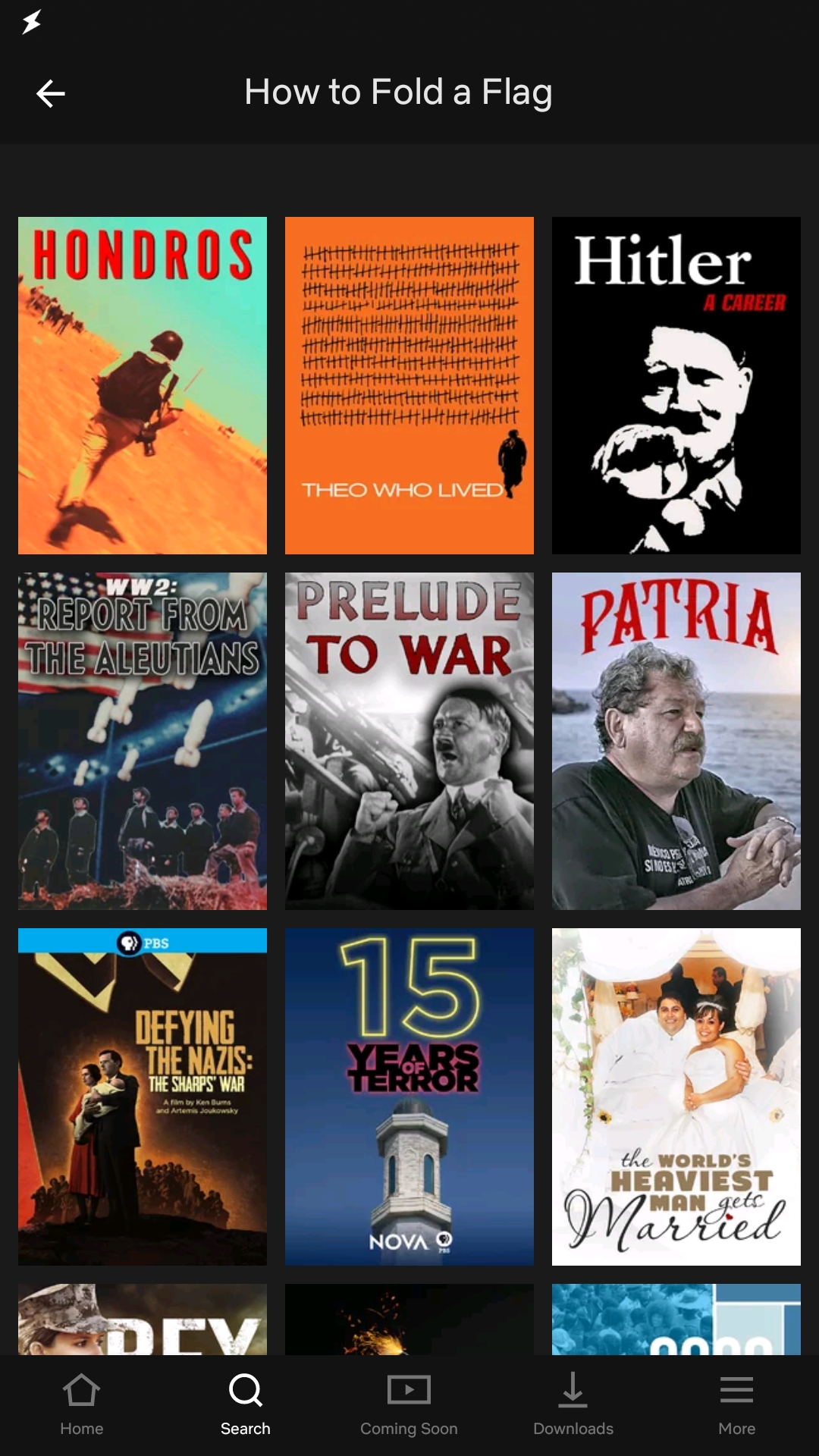 In other news - it’s snowing!!

'Put on a proper suit, do up your tie and sing the national anthem'
Top
Post Reply
2576 posts