Anything to do with games at all.
Post Reply
356 posts

So if I buy this game with the full physical release, how much content am I missing out on by it not including the elusive targets?

I can see what they were going for with making regular content that is timed to pull people back, but it seems kind of dumb to never have that content available again, especially when they release the game physically for the first time.

OrangeRakoon wrote:So if I buy this game with the full physical release, how much content am I missing out on by it not including the elusive targets?

Not much at all. The elusive targets are a great but very small part of the game. And they'll be putting out new ones for a long time so you'll definitively have plenty of opportunities to try one. 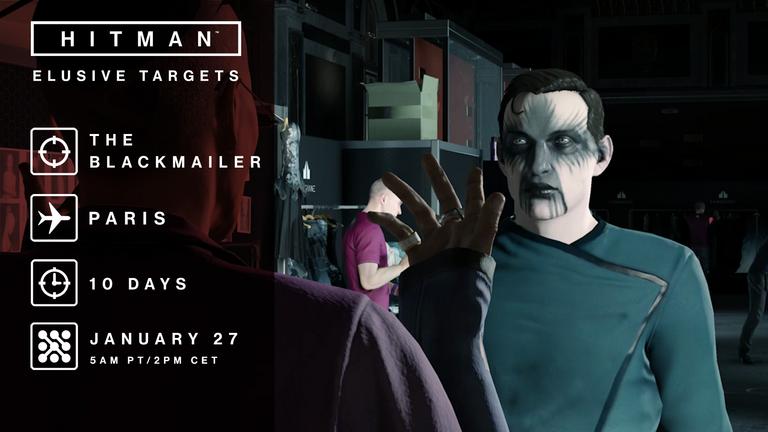 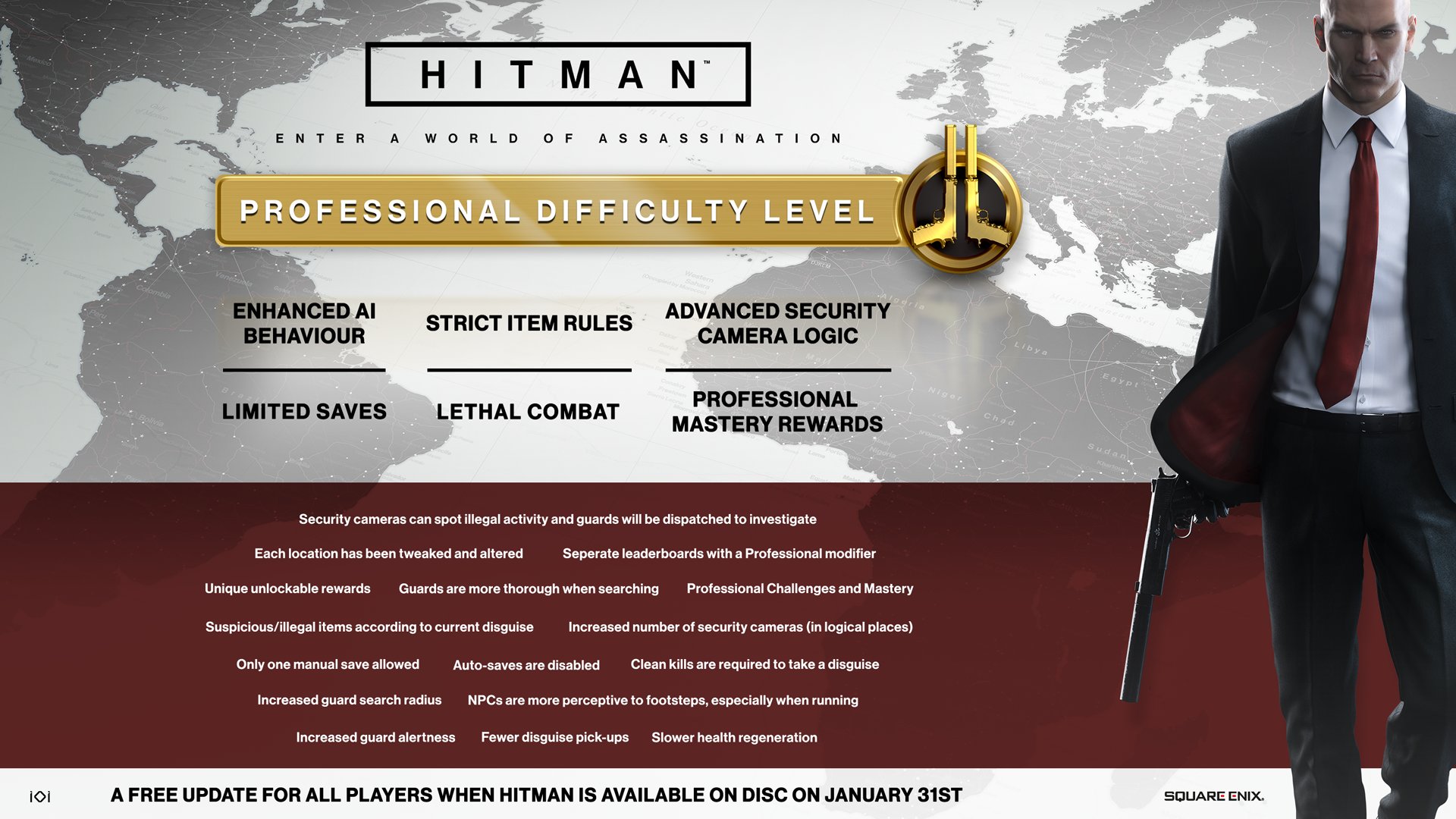 That puts me at ease a little. The completionist inside me is still worried though

Watch them make doing elusive targets on professional difficulty a thing. I'm one SA elusive away from an unlockable suit so hopefully this Paris ET is an easy one for new players.

OrangeRakoon wrote:That puts me at ease a little. The completionist inside me is still worried though

The stats page is bad for my OCD. I only got the game in December and I've missed like 15.

A solid easy ET, just what I needed after I ballsed up the last one.

The Blackmailer:
-Started off as backstage crew.
-Knocked out the staff member standing outside the toilet to the back left of the stage. Hid him in the bathroom wardrobe.
- Waited until the target finished his catwalk run and walked off to the left.
-Lured target into the bathroom with several coins.
-Modern lethal syringed him.
-Grabbed his USB drive and hid him in the wardrobe.
- Calmly left the level by the front door.

I'm going to try in a sec. Going to see how badly I can mess things up.

It's doable in like four minutes max if you did my method. Relatively foolproof too.

I did it in just over four minutes.

As soon as I saw him, he walked down the side of the stage. No one was watching so I just chocked him out. While he was unconscious I lifted the USB stick and then snapped his neck. I managed to make it out with out anyone finding the body. Got my first five star kill rating. I'm a bit disappointed how easy it all way.

If you ever get marked as suspicious or someone notices a crime before you've done any objectives you can restart the elusive target.

Kinda a dick move, though. It's meant to be a one-shot thing.

I'll have to remember that it future

Shambles. Thought I was clear of the window on the left. And then the guard with strawberry floating super senses who started running towards the room I was in at the exact moment I started to drown him. This is what I get for deviating from the rubber duck method.

jiggles wrote:Kinda a dick move, though. It's meant to be a one-shot thing.

I'm okay with restarting to learn the lay of the land as the game explicitly says can do that when you start an ET. Disconnecting your internet after you've killed the ET and messed up so the game kicks you out and doesn't save is going against the spirit of the thing though.

The January update is out now with Professional mode, the Landslide bonus mission, and various other improvements. Landslide is thankfully more on par with The Icon rather than A House Built on Sand.

This won't load up for me since the update

I called off his players' names as they came marching up the steps behind him....All nice guys. They'll finish last. Nice guys. Finish last.

There is a new elusive target. I going to hilariously fail to do it in a second.

lex-man wrote:There is a new elusive target. I going to hilariously fail to do it in a second.

It's probably the most difficult one I've ever done.

Enforcers everywhere and you've got topick up a data file on the other side of the hotel from the target in the security room which has more guards in it than normal.


Helpful tip- There's a CCTV station in the room below the target's bedroom in that massive suite.

I almost got caught by two separate enforcers on my way out of the level.

I messed it up. Got the data file but just blew it trying to kill the main target.

Users browsing this forum: No registered users and 159 guests