Anything to do with games at all.
Post Reply
67 posts

Part of it became Ganon's Castle! The stairway that goes up to the (almost) final battle!

Jenuall wrote:Ambassador, with these 3DS games for our 3DS you are truly spoiling us!

This explains why the case is linked to a feather.

Mafro wrote:I remember you got a free digital code for a first-party game if you bought and registered two other ones on Club Nintendo. I got Animal Crossing through that offer.

Yeah, the great thing though was that if you already had one of these games you could just give the code away to someone else and that counted as one of the three games, so it was possible to end up with more than you bargained for. I clearly remember doing something along these lines, I think someone gave me their code for monster hunter which counted as the third game, which in turn I got animal crossing with for free. So 2 free games via a blend of generosity (as a lot of people already had the games on offer at the time) and taking advantage of the scheme. Nintendo probably knew people were doing this but didn't care.

I do remember it now, and I didn't take advantage of it because I already had the one game I actually wanted

Probably what made it good was that the games eligible to register for a free game were already things you probably wanted, and so were the downloaded titles rather than some shite or stuff that came out years ago. So if you were a new 3DS owner at the time it was a cracking deal.

Part of it became Ganon's Castle! The stairway that goes up to the (almost) final battle!

Yeah I think it's already been said that originally Zelda OTT was largely based around hyrule castle as a hub with warps in much the same way as Mario 64 was, before they decided to implement a full on over world / hyrule field. Thus Ganon's Tower would have been a simple strut to the top of the castle as part of a much larger castle infrastructure.

There's absolutely loads to be come out of this, but yes, most of the source code for OTT was zero bytes but more realistically it was stored on another server and thus missing - that part of the code would have been kept much more under wraps and probably required more authentication / privelege user access etc.

there are also a few weird morphs of Nintendo enemies/characters with 90s anime characters that Nintendo spriters have made just for fun (in Super Mario World).

This explains why the case is linked to a feather.

Just wait til people use this to make a Mario World wingcap rom hack.

All of these leaks are incredible especially "Super Donkey Kong"

What's with the admin message in the OP?

Victor Mildew wrote:What's with the admin message in the OP?

I'm a bit unsure myself as GRcade can't host files. (It would be very bad for us to, hypothetically, host the files ourselves.)

I think in practice it just means - when we're discussing stuff in the leaks, link to where we found the info off-site (e.g. Twitter, Era, YouTube...) so it's clear we're not breaking any news about them.

Hypes wrote:Probably that it's stolen assets so best to link to it elsewhere rather than have anything hosted here

This and there's company emails in the leaks too.

I know we don't technically host image files etc, but some sites like torrents etc did eventually get attacked legally for culpability facilitating copyright infringement and piracy even though no illegal content was ever hosted. Remember this is something that happened many many years after the copyright holders got upset about it.

It's not to do with posting the odd image from an old build of a game, more about the trade secrets from emails that may get out, whole chunks of comms including encrypted (and pretty easily decrypted) file attachments from an old 90s UNIX distro that even Nintendo probably don't know about fully etc. That's the only reason I put it in there to stave off any heat once Nintendo get's around to scouring any and all file sharing links / forums / websites with "Nintendo data breach yields game source code" in the URL.

We're not just dealing with "pieces of game" here, but confidential documents which makes this much more serious in the eyes of a large multinational like Nintendo.

A compiled ROM that appears to be Starfox 2 beta with various test programmes, that runs with Snes9X. Weirdly have this little guy in the background of one of the developers "areas", I wonder what it means? 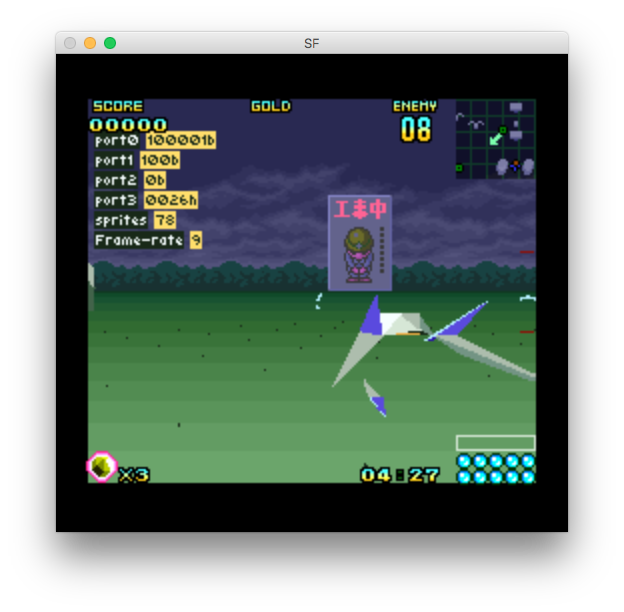 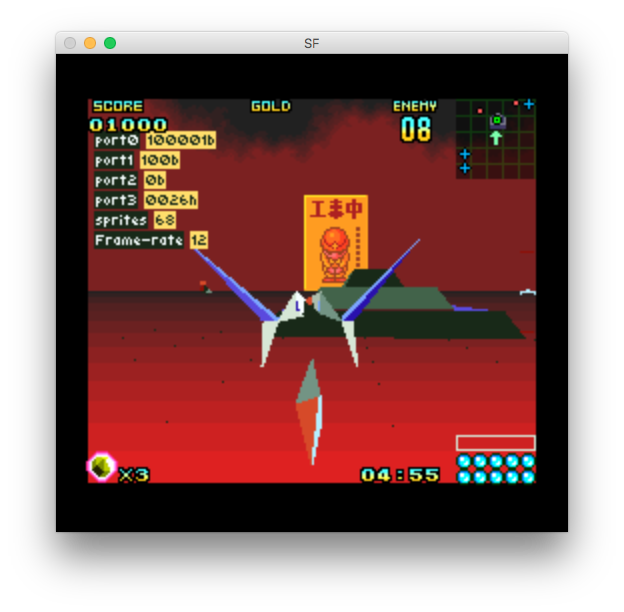 Also 9fps with nothing happening confirmed

One for Ad. two alternative logotypes 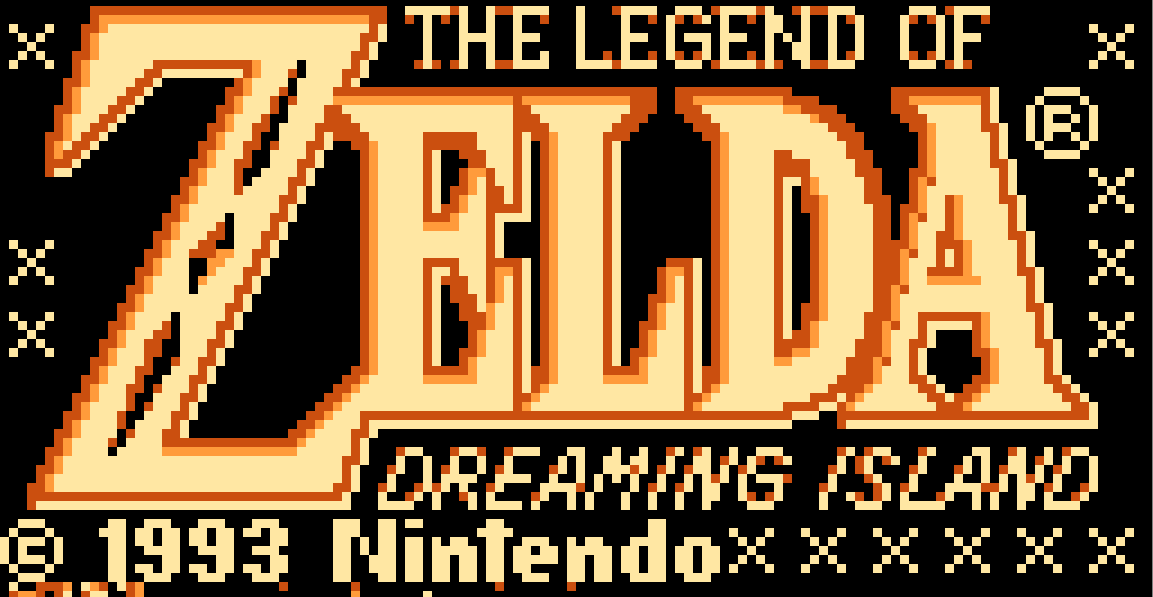 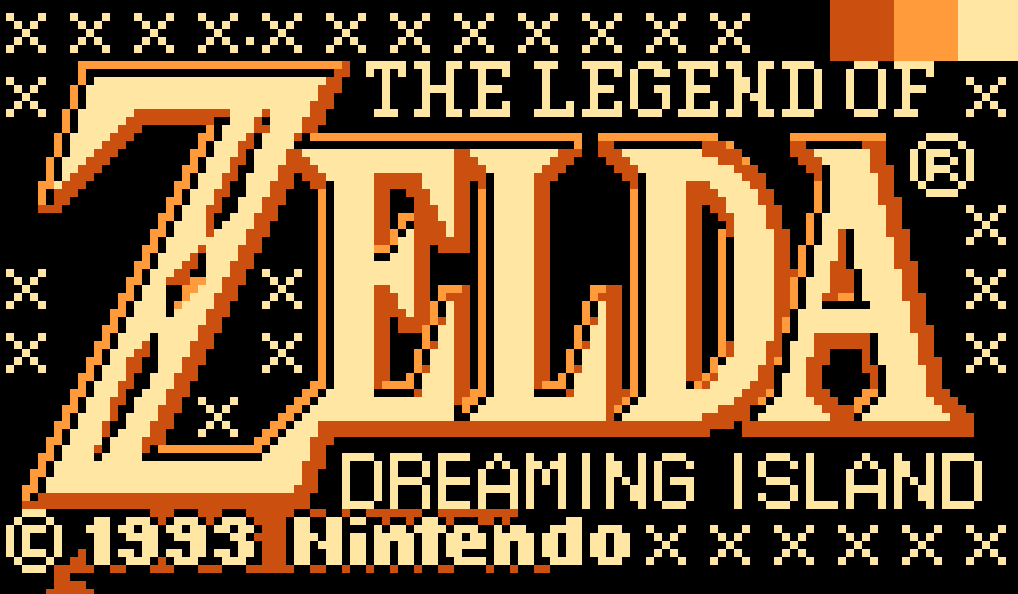 No idea why this is in here