Anything to do with games at all.
Post Reply
63 posts

It appears that slip of the tongue at Celebration was right, and a new LEGO Star Wars game was in production. Slated for a 2020 release, this is bringing all nine Skywalker films together in one ultimate package. And since we now have the poster, I've swapped it in. 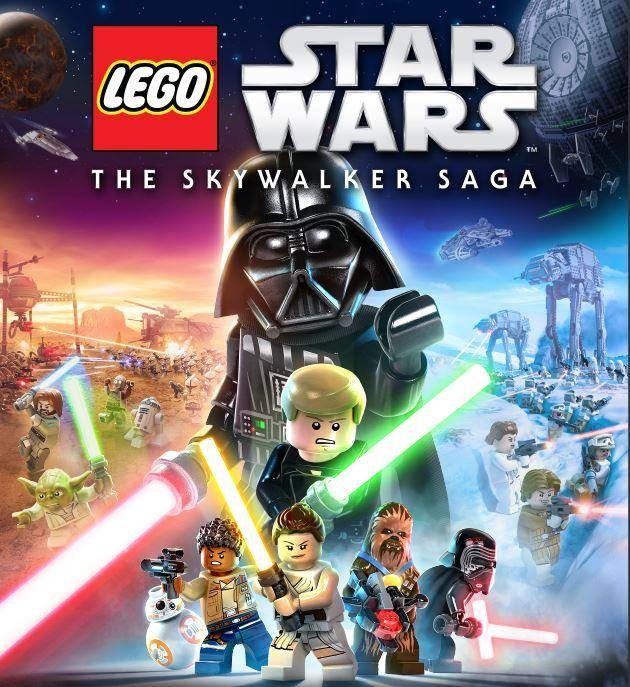 But if you think there's no effort going into this, this should change your mind.

In short, it confirms that everything is being built from the start, with new systems in place that actually seem to be a big deal and a great advancement from previous LEGO games. The camera controls have been reworked to be more fluid and usable, lightsaber combat is also more fluid, with combos able to be executed, and enemies having health bars over their head. Blasters have also been reworked to have different effects based on where you aim your shot. It's also been said that the Force can be used to manipulate anything that can be broken, and multiple items at a time.

There looks to be proper galactic exploration, with planet-to-planet travel and jumping between sectors with a hyperdrive, with combat thrown in during travel. It's sounding very much like the system in Starlink, though it doesn't seem as though the entire planet will be free to explore on foot. Instead, there will be numerous landing points that allow the exploration of certain known locations of each planet - such as Anchorhead and the Lars Homestead of Tatooine. This means we'll very possibly get the largest amount of explorable locations ever in a LEGO game - including City Undercover.

There are bad Star Wars films, but there are no bad Lego Star Wars games

Im interested in this, I felt no love for Lego Incredibles and cos of that I never picked up the DC villains one, the first Lego game I havent gotten, I was feeling LEgo burnout but I think this could get my back in. I love that theyre overhauling things and taking a fresh look, will be interesting to see what they come up with.

Day 1 for this, not played a Lego game since the previous complete saga game and while I’ve not looked at anything outside of the reveal trailer yet what you wrote DarkRula sounds like its going to be a treat.

Funny enough, I got the Lego Force Awakens.

It didn't hook me as much as the first two Lego Star Wars games. But then I may be bored of the entire Lego video game franchises, as I got a lot off the PSN sales, played a bit then abandoned them completely.

It very much does seem like they're going all out with this, complete with redoing all the cutscenes [even those of The Force Awakens] and all with the old way of telling the stories.

Also, what thread of mine doesn't have an image montage? Well, this one now does too, with snapshots from the trailer.

I’ll probably still would get this anyway.

My boy who’s 4 absolutely loved Marvel/DC Lego games and this seems to be a good way to introduce him to the Star Wars franchise (he’s still too young to appreciate the movies.)

He met Spider-Man and Batman and he went absolutely crazy for those characters, and he saw I have some Lego games and asked if he could play them so I let him and the rest is history.

I really didn't get on with the Harry Potter games, and I kinda dropped off the first Marvel game, but I had a fantastic time platinum...ing LotR with my girlfriend.

So yeah, I'll probably give this a look.

I'm just bringing this thread out of the past of almost a year ago and into current times. There's the possibility that news is around the corner, so it's best to be prepared.

What am I expecting? It's time to stop talking and show us the goods. Show the public how the levels will work. How the freeroam will work. How much this reinvention has improved the formula and why it is worth it.

Frank wrote:Can't believed you bumped this on today of all days to say there's no new info

There is hope. It seems something is planned, if that box art leak is real.

They said there's going to be a trailer today didn't they?

Me and my partner used to love Lego games but the last few have been well crap.
Drop this Star Wars nonsense and make...Lego Marvel: Infinity War. That’d be ace.

Currently playing through Lego Marvel Superheroes 2 with my kid and it's not a patch on the previous one. I really can't understand how they've managed to foul up what was a fairly simple process. There is a fight with Vulture early in the game which is absolutely abysmal.

LewisD wrote:They said there's going to be a trailer today didn't they?

I don't think it has been mentioned that there would be a trailer, but Celebration not being until August means today is the best day for a trailer to be shown.

Buffalo wrote:Me and my partner used to love Lego games but the last few have been well crap.
Drop this Star Wars nonsense and make...Lego Marvel: Infinity War. That’d be ace.

Rex Kramer wrote:Currently playing through Lego Marvel Superheroes 2 with my kid and it's not a patch on the previous one. I really can't understand how they've managed to foul up what was a fairly simple process. There is a fight with Vulture early in the game which is absolutely abysmal.

I think TT Games have for the past few years been on a downward spiral with their games. Such a downward spiral can be attributed to the start of 2017, which I think might have been the start of working on their new engine that will power The Skywalker Saga. This engine, and this game, have something to prove. It's the start of a completely new formula. After Star Wars has shown that it works, it'll be onto the next game. I don't think anything Marvel would be next, however.

Much preferred the older Lego games where they just retold a movie franchise with Lego, without the voices and without them making up their own stories like the Batman and Marvel ones were. Hopefully they don't change too much for this but will see.

Edd wrote:Much preferred the older Lego games where they just retold a movie franchise with Lego, without the voices and without them making up their own stories like the Batman and Marvel ones were. Hopefully they don't change too much for this but will see.

There was definitely a simplicity with the older games that I liked, though I much prefer the games of the second generation. I doubt they'd make any massive changes to the stories within this game. In fact, more of the stories can be included, since they won't be confined to just the levels.

The poster is confirmed official. You just had to go to the LEGO Australia Facebook page to be able to see it. As such, it is now added to the OP in place of the image previously there.

I loved the Lego Lord of the Rings game and it's pretty much the game that I wanted to play since the movies came out (but with Lego). I enjoyed the Two Towers and Return of the King hack and slash games when they came out but this was a much better experience as you actually got to explore Middle Earth and be part of the whole adventure.

While I don't expect to fly through a Lego galaxy in this, I do hope that the voice acting from the films is included as that really made Lego LOTR stand out for me. I was disappointed with the silent characters original Lego games but still had fun with the gameplay.

I'm looking forward to this so hopefully it delivers.

Oh I hope we get some news today, cannot wait to play Lego Star Wars again.