Alan is handed a career lifeline - the chance to stand in (temporarily) as co-host on This Time, a weekday magazine show. But can he capitalise on the opportunity?

Due to the sudden illness of its regular host, BBC One magazine show This Time welcomes Alan Partridge as its guest presenter. A chance for the consummate broadcaster to flit effortlessly between seal pups, hand washing and cyberterrorism. 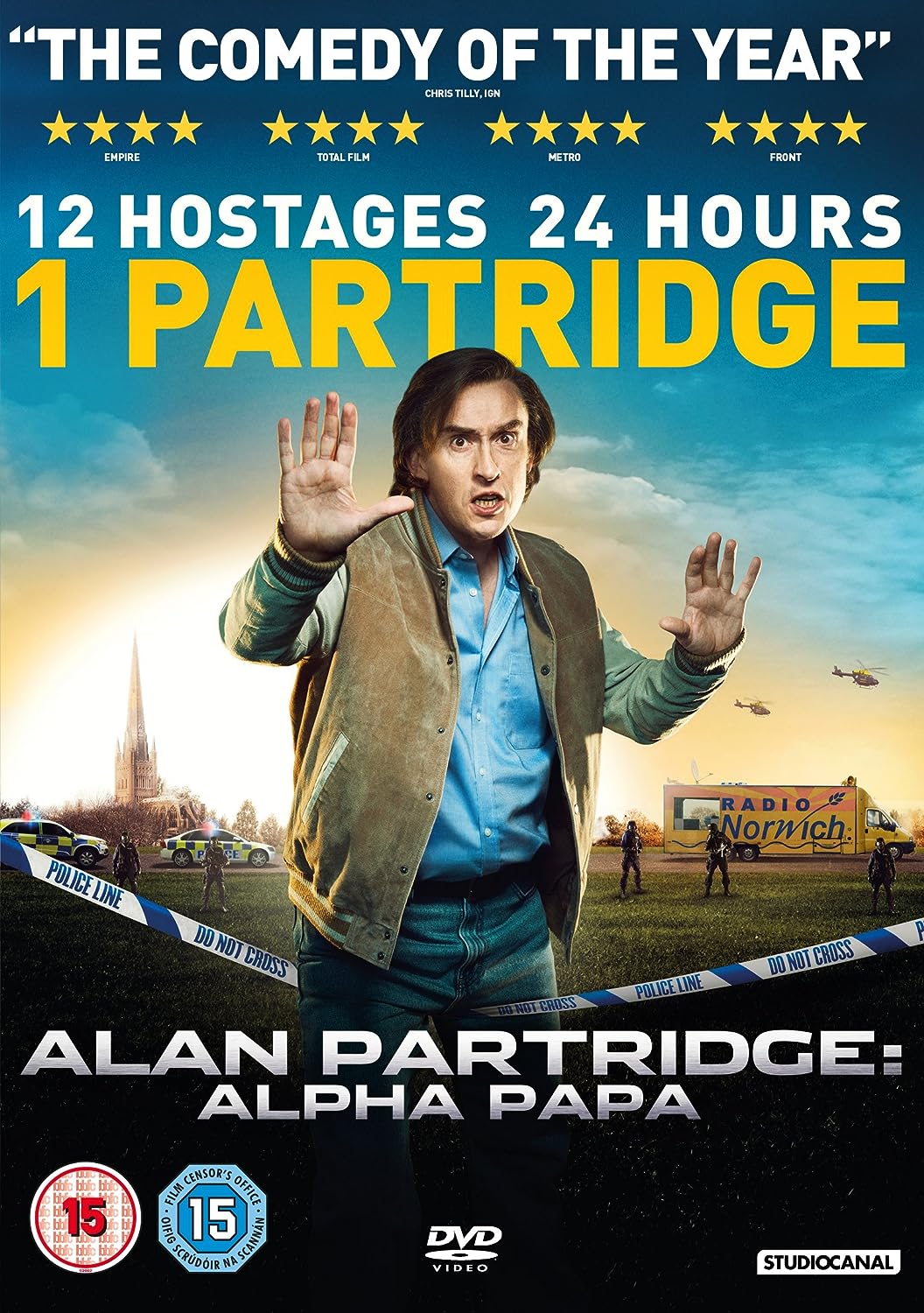 Last week’s guide to Norfolk pressed the pedal marked “Partridge” to the floor and drove a comedy Range Rover Sport V8 directly into our faces; this is more of a slow-burning curio. Alan appears on a watery discussion show, Open Books with Martin Bryce, presented by Chris Beale (Robert Popper).

He arrives, sporting a neckerchief that unmistakeably denotes a writer, to chat about his autobiography and read extracts from it. Chris is diffident, the programme’s editing is uncertain and the studio audience are catatonic. At first it’s gentle anarchy, but Alan’s interplay with Chris and the audience builds beautifully.

The broadcaster talks to host Chris Beale about his autobiography I, Partridge: We Need to Talk About Alan, and takes questions from the studio audience. In addition to reading extracts from the book, he discusses his upbringing and his career in TV and radio, as well as revealing his recipe for becoming a successful chat show host.

Alan Partridge: Welcome to the Places of My Life; Monday 25th June 9pm on Sky Atlantic

The first special Welcome to the Places of My Life is up there with the funniest work of Coogan's career. A one-hour doc following Alan acting as a tour guide around his favourite destinations (Thetford Forest) and daily stop-offs (his local newsagent), the show is rich enough and hilarious enough to make you long for a full series.

Mid Morning Matters - Mondays at 9pm on Sky Atlantic. Unfortunately not available on youtube any more.

Trailer and a clip from Episode 1:-

A-HA! HE’S been off-screen for seven years but Alan Partridge is making a comeback on the internet.

The cult comedy character, played by Steve Coogan, is making 12 shows which will be available to download from November 5.

Speaking in character, Partridge said: "I am delighted to announce that after years as a regional broadcaster on North Norfolk Digital my groundbreaking radio segment, Mid Morning Matters, will now be accessible to a potential audience of billions via the World Wide Web.

"That it has taken Foster’s to help realise my dream of joining the information superhighway is a damning indictment of the established broadcasters whose shabby treatment of me on Sept 10th 2001 was frankly shabby.

"I made dozens of calls the next day, all of which were ignored.

"My appreciation must go to Armando Iannucci and Baby Cow for ignoring the lies, god bless them. In the meantime I look forward to "hanging out ‘n’ chillin" with the MySpace generation."

The second series of I’m Alan Partridge aired in 2002, while the character made a one-off return for the mockumentary Anglian Lives the following year.

Since then he has only reprised the role onstage at stand up shows around the country.

The series will be available from http://www.fostersfunny.co.uk

Been looking forward to this.

And I'm definitely going to start drinking Fosters as a result.

Was it really 2002 that the last Alan Partridge series was on? The one where he got all fat from eating Toblerone and stayed at the Holiday Inn? Crumbs.

I've got a hat hard on now.

They're only mini-episodes, btw. About 10 minutes each. Still, it could work well in that format.

That's a good one, but I think I prefer the interview with the farmer in series 1.

Alan at the races...

Hadn't heard about this til now, great news