Minecraft Dungeons (XSX|S/xCloud/Switch/PS4/Win/XB1) - Flames of the Nether DLC out now!! Over 10m players.

Anything to do with games at all.
Post Reply
64 posts 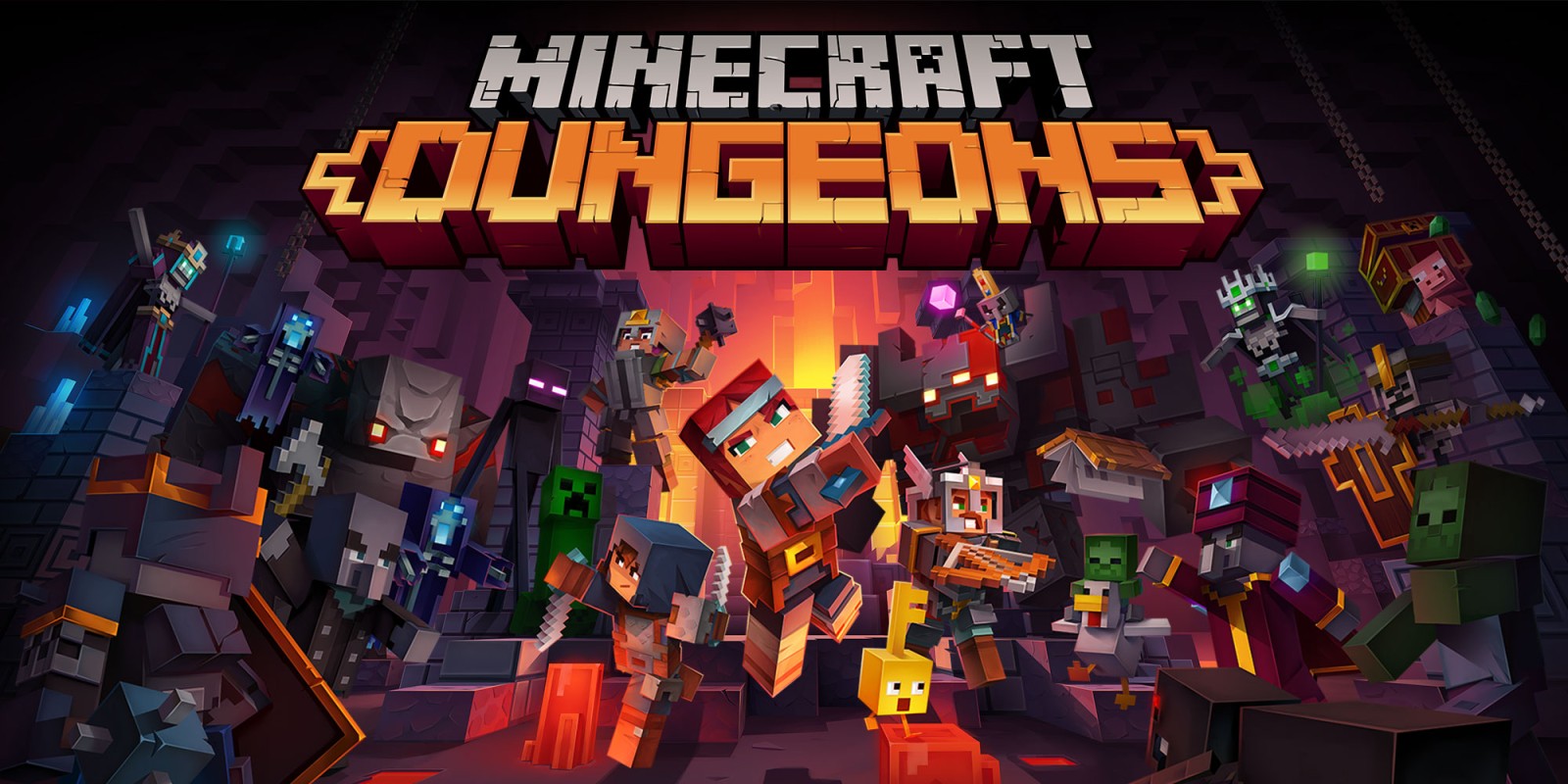 Fight your way through an all-new action adventure game, inspired by classic dungeon crawlers and set in the Minecraft universe!

Some of you might ask “What is Minecraft Dungeons?” I could in return ask if you’ve been living under a block, but I’d much rather explain it to you: Minecraft Dungeons is our new action-adventure, dungeon crawler-style game in which up to four players fight together to defeat the evil Arch-Illager and his relentless swarm of new-and-nasty mobs – one action-packed level at a time. Not only can you do so in the good company of your friends, you also have all forms of weapons, artifacts, and enchantments at your disposal. And if you still have questions, then let our handy FAQ answer all the whens, hows, and whys!

Is Minecraft Dungeons a Minecraft game?
Minecraft Dungeons is a brand new, standalone game set within the Minecraft universe, with most of its blocky charm and challenges. You might not be able to place blocks or build a house made of cobblestone, but you’re still very much an adventurer exploring the Overworld.

Are there character classes in Minecraft Dungeons?
Minecraft Dungeons has no classes. In true Minecraft spirit, it’s all up to the player to build their own playstyle and identity with the items they equip. You are what you wear!

Does Minecraft Dungeons have multiplayer, and if so, how does it work?
Just grab your controller and jump right in! Minecraft Dungeons supports up to four players in both local couch co-op and online co-op modes. However, we do not provide you with an actual couch!

Is there matchmaking for online multiplayer?
No. Minecraft Dungeons is designed to be played together with your friends – either in a comfy couch or in a comfy online session.

Do the missions change from one game to the next?
Yes! Each mission in Minecraft Dungeons is a mix of procedural content and carefully crafted elements that tie into the mission's objectives and narrative. In other words, while parts of the mission stay the same, the paths, mobs and treasure you find will be different every time you play it.

Is there DLC?
Yes, there will be! With Minecraft Dungeons – Hero Edition, you’ll get access to two upcoming DLC packs for free. We’ll share more information about these soon.

MS recently announced "an updated logo, visual identity, and refreshed name – Mojang Studios – which unifies our dual studios in Redmond and Stockholm, as well as our team members working in other regions around the world." & "more than 200 million copies of Minecraft sold to date, and 126 million people are now playing Minecraft every month." - https://news.xbox.com/en-us/2020/05/18/ ... er-before/

Me and the kids are excited about this one.

Played the beta. It's pretty decent.

Pretty excited for local coop in this!

Lol at literally everyone rebranding as "X STUDIOS"

Do you know if you can cross platform on this? xbox to switch?

Although Minecraft Dungeons might not have the depth that a lot of hardcore dungeon crawler fans are looking for, it's an easy game to pick up and play at pretty much any point: solo or otherwise. Minecraft has proven itself to be quite the enduring and endearing IP over the past decade, and Dungeons is now partially responsible for that legacy.

Attack of the Fanboy - 8

Minecraft Dungeons is an incredibly charming dungeon crawler that doesn't have the depth to replace its counterparts, but it's still a blast while it lasts.

I've already sunk several hours into the game as I dive deeper into the endgame difficulty tiers, getting wrecked by empowered Slimes with additional armor and flame trails just makes me want more powerful loot even more. That familiar, satisfying addiction that comes with loot-oriented games like this has already gripped me, owing to the game's persistently fulfilling combat. If you're a fan of action RPGs, I dare say Minecraft Dungeons will end up being your next addition too.

Sounds like exactly what I was expecting - a good, accessible, not overly-complex dungeon crawler with a lot of minecraft polish

Finiarél wrote:Do you know if you can cross platform on this? xbox to switch?

It’s coming in a patch though.

The 2 DLCs may have leaked - That DLC will be free on Gamepass right?

No, that was just for Gears 5.

No, that was just for Gears 5.

Some tips from Eurogamer - https://www.eurogamer.net/articles/mine ... guide-7029

Can't even load into the first level without this crashing. Great job guys.