Anything to do with games at all.
Post Reply
599 posts

If you do the weekly challenges you get to pick one for free. And they've just added golden Ram's gem to the ones you can get for free

The ability gems you slot into armour?

The ability gems you slot into armour?

That's what I get for not reading your post properly.

Yeah, as far as I know, it's still a grindfest for the decent jewels.

Maybe it's because gems are the monster stones and jewels are the equipment slot items that I got confused.

Okay cheers, no real need for the sarcasm though.

Fade wrote:Okay cheers, no real need for the sarcasm though.

I only just remembered upon replying to you that that's how they differentiate them.

Timed event based late game armour is pretty disappointing tbh. Was expecting at least a new design for the Gamma stuff too. Unless they still plan on making a big "G" update in the future.

"I am the reason, the answer and the problem"
twitter

I think G Rank will either be announced at E3 or it'll be out by the end of the year. It'll happen once people get sick of arch elder dragons.

I've killed the new monster a couple of times but only on groups. It's not too bad on a group hunt. Made some armour pieces but more to get. Also want the dual blades as they look very useful.

How on earth do you beat her nova?

If you flash her she doesn't drop but gets a bit dizzy that can help.

I just rolled away from Nova attack. I had high fire armour so i was ok. It's so much easier in groups though as everyone can help with group heals and distraction.

Also I've beaten her using heavy bow gun and putting her to sleep then 8 mega bombs to the head. She doesn't stay asleep long though.

I tried the initial quest with her in the arena the other day and just straight up strawberry floatin' died
I've got high fire res and still got wiped within seconds of her nova, at least with Teostra if you're too close you can superman dive through it but with Lunastra by the time you get back on your feet most of your health bar is gone and there's no time to heal. Also the special arena is wayyyy too small for that fight, can hardly feckin move for all the fires. Might have to ditch my first-time-solo-it rule and bring in some help.

For the first battle make sure you just jump into a online session,
Hang back and support via healing . If you have a sleep build use that and then everyone can multi mega bomb her.

I've now crafted all her armour and got a new set of dual blades and a very shiny switch axe.

Also one really interesting thing I only recenty learned is that you can control when she does her super attack. When she is all charged up and has a lot of blue Sparks on her. Flash bomb her and she will go into meltdown and do her super attack. It's worth doing when your ready to run away.

I've beaten the tempered version too and she isn't too bad once you have good fire resistance and attack in a good group. I use a bow build and just get head shots while healing others and keeping my distance.

The new weapon and the B armour sets are excellent. So many slots on the armour that I've run out of good gems to use and have to put some crap in there.

Need to get the bow built from her and then it's just a lot of upgrading.

This new version of Kirin isn't fun or fair.

Not even going to bother attempting that one.

I did all the weekly challenges then had a few goes. Even with help it's just not fun. Next week it's a harder version of Val Hazak so that'll be equally gooseberry fool.

What the game needs is a giant tempered arch Jagras. Something fun and actually achievable for most players. I'm HR 145 with 300 hours in and new kirin is a one hiy kill cheap monster.

Currently building a gun Lance set that also heals so that may help a bit with these new guys.

Just a quick heads up in case people missed it, Monster Hunter and Final Fantasy are doing a crossover over the summer.

Final Fantasy XIV will get an 8-man Rathalos trial while Monster Hunter World gets Behemoth, complete with Thunderer battle theme.

If we get FF themed weapons it'll be amazing. Swords from 7 and 8 please. The gun blade.....

So happy this is getting so much support. It's genuinely one of the best games out there and the online side is really supportive.

Don't know if they'll be grabbing stuff from 7 or 8 as it's specifically a XIV event, and XIV is actually missing most of the ones you'd use outside of concepts (the Garlean empire use gunblades, though they're more like sabres than what you'd expect) and limit breaks (the generic melee one uses the Buster Sword to use Braver).

My bets would be the XIV artifact or relic gear for classes that have analogues in MH. Like S&S getting Curtana and the Holy Shield, Insect Glaive getting the Gae Bolg, etc. Dunno what they'll do for lances, might just make them Behemoth originals.

If the hammer isn't a goldsmith's hammer I riot.

Nero's badass mech hammer, and I'll pout a bit, but still be content. 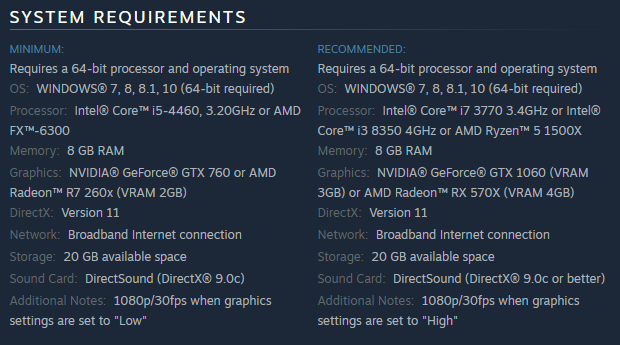