Meats back on the menu boys!

The Lord of the Rings extended and the Hobbit extended

Zavvi have them both for £75 each. Includes the theatrical cuts too.

Amazon will probably have them for the same price.

Been waiting a very long time for these and can't wait for 4k LOTRs and will give th extended cuts of the Hobbit a watch to see if they get any better. LOTRs at Christmas in 4K

The best cut of the Hobbit is the four-hour edit. Can't imagine sitting through the extended versions

Wont bother with the hobbit but ill be getting the 4k lotr on day one.

More monster footage in this short behind the scenes clip.

I'm guessing that it's got Mila Jovovich in it because her husband is the director, like in all of the awful Resident Evil films? One way to keep your wife in work, I suppose.

Dual wrote:What's confusing about it? No one is going to the cinema.

We'll never know will we. I think if mulan had been released at the cinema in conjunction with its D+ release then it would have still want a decent enough return.

There have been no films worth going to see all summer so we will never know. What prevented the release of these films wasn't the situation in the UK but the massive rise in covid rates in the states throughout the summer. If the US had the same rates as us throughout August then I think a few companies would have released some of their films.

Just step out of the plane that crashed into the ground like a meteorite with you in it and start running, it's fine.

I know it's obviously terrible but I kind of like that.

I physically require this. 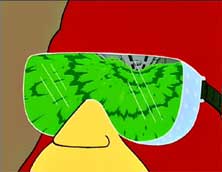 Preezy wrote:Just step out of the plane that crashed into the ground like a meteorite with you in it and start running, it's fine.

Also just noticed on a rewatch that the plane that is shown crashing (an MV-22 Osprey) is not the same plane that is shown before the crash (most likely an E3-Sentry), but they edit the trailer to make it look like that's all the same scene. It's like having a schoolbus crashing off a bridge in one shot and then in the next shot a Ferrari hits the ground