The bloke who sung "Somewhere Only We Know" while inside a computer simulation?

He was in cyberpunk which is one of the biggest if not the biggest scams in all of gaming.

Godzilla wrote:Tonight at 9pm The Horror Channel is showing Peter Jackson's - The Frighteners. It stars Michael J Fox and is bloody wonderful. Also digital effects are by Weta.

Absolutely love 'The Frightners'. It was a nice mix-up of old Peter Jackson and the big budget Pete that was yet to come. Also loved that he cast Jeffrey Combs in a film of this scale

I really wish he'd go back and do a another film like Braindead or this as his dark humour and horror is great. I did enjoy the 'They Shall Not Grow Old' documentary and looking forward to his Beatles one. Probably his best use of Weta for a while.

According to the internet Peter Jackson has the 4k prints of all of his old stuff and is currently restoring them for a boxset. Probably Arrow UK sort of release. I'd pay silly money for brain dead, meet the feebles and bad taste in 4k. Especially Brain Dead, it would look spectacular.

Having his early films remastered in a boxset with lots of extras (fingers crossed) would be pretty fantastic and a day 1 purchase for me.

(Wasn't sure where to put this - it's presented about Ray Fisher/Whedon/Justice League so felt here, but if somewhere else please do move)

Worth reading his ex-wife's testimony from 2017 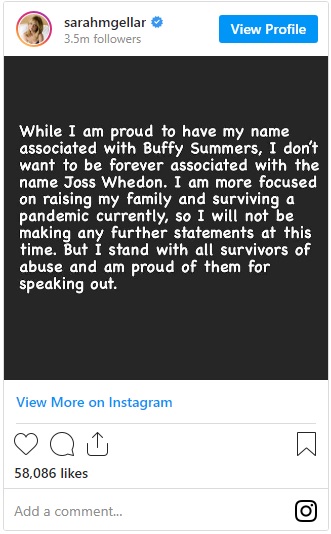 Amazing how different a film can look, this actually looks like a very watchable DC movie. I loved Man of Steel, enjoyed the directors cut of BVS and this will hopefully be a nice end to a strong trilogy.

I'd also like it to do well as it will hopefully further cement Josh Whedon's reputation as a terrible director and human. 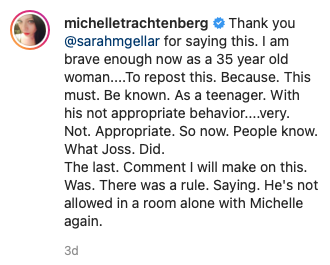 Really feels like we are one accusations away from a deluge of stories about Mr Whedon. Bring it on, he is scum and deserves a Kevin Spacey style reconning in public.

I don't understand what this is. It's that same gooseberry fool film from a few years ago, but with some added bits?

Some frequent questions I've seen coming up is what's different with this version to the 2017 version of Justice League.

Zack Snyder shot 5 hours of assembly footage during principle photography in 2016. From that, he edited it to 214 mins(3.5 hours) and was happy to call it his director's cut. From this, he was happy to edit it down to 3 hours for the theatrical cut, and release the 3.5 hour directors cut in Blu-ray.

But WB wanted Zack Snyder to cut it to 2 hours for the theatrical cut. Which is unbelievable, since cutting 1.5 hours from a 3.5 hour movie would make it extremely unwatchable and make absolutely no sense. Snyder tried his best to negotiate with WB to release a longer cut, even made a 2.5 hour cut, which was extremely compromised and makes no sense, but WB wasn't happy. This was when Snyder suffered a family tragedy and lost the will to fight with WB for the longer cut.

He stepped down and WB(Geoff Johns) used this opportunity to hire Joss Whedon, and use the 2 months of reshoots to reshoot almost the entire film. He wrote 88 pages of reshoots, which translates to almost 90 mins of the final movie.

The original cinematographer, Fabian Wagner, and later Snyder confirmed that only 30 mins of the theatrical cut of Justice League had shots by Zack Snyder, and even those were heavily edited. The rest were shot by Joss Whedon.

So Zack Snyder's Justice League releasing next month, which is 4 hours, will contain at minimum 3.5 hours of footage we never saw.

The only new idea is the 4 mins of new footage he shot recently with Jared Leto and Joe Mangeniello, which he added since he wanted this universe's Batman and Joker meet at least once. Other than that, it's all shot in 2016.

Whole thing is still bizarre, the film still looks the same as I remember it in that trailer tbh but it's apparently completely different?

The fanboyism for Snyder is the weird part. I get being a fan of particular directors but he really seems to attract a certain type.

Thanks for the explanation, maybe there's a bit more to it then.

I'm sure I read something a while back stating the so called Snyder Cut, the one people were clamouring for before this new ones was announced, was never a real thing. Films are pretty much constantly in flux until release and the idea that Snyder cut the whole film *before* reshoots doesn't make sense. There were also fairly credible rumours that he was removed from the film prior to his daughter's death as the dailies were...bad.

I don't get the love for Snyder either. Dawn of the Dead was good, but other than that? Has he done anything that's better than average?

Dawn of the Dead uncut is his best film. The original DOTD (1978) is my favourite film of all time but the remake has some great gore and some brave choices, slightly ruined by the shots in the end credits though.

I'm interested in his new zombie film which is released this year on Netflix.

Dawn of the Dead really sticks out amongst the rest of his stuff. It's probably one of my favourite horror films.

I knlw everyone hated the original Leto DAMAGED joker but this new version looks even worse like he's trying to cosplay as the Joaquin phoenix joker on a budget and hey better make everyone cringe by having We live in a society be a trailer zinger.