Not a bad start.

Prob going to Vikings v Packers or Chicago over the Winter.

Lucky bastard. I’m well up for a full season match in the States, hoping to combine it with a holiday next year. 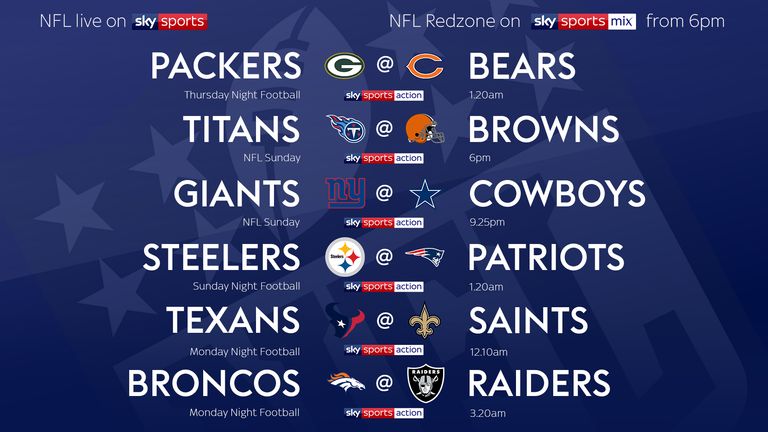 So, the NFL season is back!

Packers @ Bears will kick off tonight!

Welcome back and enjoy the discussion!

Let's go Bears! I'm still not over the comeback by the Packers in the week 1 game last season so I'm hoping things work out better tonight. I'm excited to see how Trubisky does, his second full season and second under Nagy's offense, let's see what he's capable of.

Edit: So towards the end of the first half, and the offense as a whole hasn't looked good, apart from a few good runs from David Montgomery. The positive is that the defense still looks great, but we need a big improvement in the offense second half.

Edit2: Nagy is making some ridiculously stupid calls on offense.

The Raiders have helped this offseason be an entertaining ride. Cant wait to get back to Sunday evenings on the couch with 7 hours of commercial free football.

Obligatory "Go Titans" post before another barren, pointless, existential-crisis of a season.

Great to see the Packers get off to a winning start.

Yep, I thought Baltimore looks good to be honest.

Gutted that we did let Mark Ingram to them and would make a great team player for the squad.

Seems to be falling apart behind the scenes.

It was so good to have my Sunday routine back, Redzone how I have missed you.

Good start for the Vikes!

Seems to be falling apart behind the scenes.

It’s a real mess. I didn’t watch the game but two of my friends were in Miami to see the game and they said they tanked real bad (I mean how else do you lose 59-10!). For some reason they seem to have taken rebuilding to the max. Which is silly even if the Dolphins have been a middling team for ages. Let’s trade away players and end the season poorly for better future picks. No wonder a bunch of players don’t want part of it.

Worse, I picked this season to see live my first NFL games

Lions fan. Saw they managed to snatch a draw from the jaws of victory. If I recall they were 17-0 up when I went to bed

Haven't yet seen the highlights but not feeling hugely optimistic for the season.

A big win for the Saints at Seattle!

At half-time I was quite glad I hadn't managed to get tickets for this London game. Much better from the Bears in this third quarter, great catch from Miller on that last drive, I think Daniel took a bit of a risk throwing that one.