All games Live on Sky Sports.

Ill add more to this over time, let me know if you have any favourite follows and Ill add them here.

Miss NFL Sundays so much. I'm not going to Wembley this year as I've been 3 years in a row and I'm saving for a mortgage at the moment but if anyone here hasn't been and is a fan you need to get on that gooseberry fool.

Hopefully the Packers can put the debacle of the playoffs behind us and push on. Our offensive has some real weapons but we really need to improve special teams and continue the improvements across the defence.

I am much looking forward to the new season and I would like to go to Wembley this year to watch a NFL match if it is possible.

I'm surprised New Orleans haven't renewed a new contract for Jimmy Graham and he's off to other team soon.

I've always been a bit part fan of NFL but enjoyed it whenever I've watched and followed it. I'm going to try and make more of an effort for the next season.


Back in business after a lengthy absence from gaming and Grcade.
Recently got myself a PS4 with FIFA15, TLOU, DriveClub and MW:AW.

Minto is spot on, get to Wembley if you havent been, the teams dont matter really, its all about the experience the first time you go. For me I had never seen a regular season game and I had never seen Wembley, the whole thing blew me away, hugely recommended.

Not sure if I told you Rax, but at the start of last season I made my decision on which team to support Though Geno probably will not be starting again, especially if Mariota is there at 6

But that Jets Defence

I am sure Brady is gonna love it

Ill make a note of that, its on page one, wont be hard to find.

Anyone braving the wee hours tonight to watch the Draft? Personally I never tune it, I think its one of the most over hyped events in the calendar, yeah its cool to know whos gonna be playing for who next season but when you have no idea how they will actually pan out all of the analysis and expert mock drafts and gooseberry fool are pointless to me. It is always fun watching some guy sweat it out in the green room as he plummets through the first round though.

I've watched it before but it's not that interesting aside from laughing at the one guy who doesn't picked and the Jets strawberry floating up every single year. Especially because the Ravens generally draft well but in a way that's completely uninteresting to watch

Yeah teams that usually draft well, Steelers and Ravens for example, are never talked about, the stories are always who made the big trade to go up and get the guy who will be a big bust in 2 years. And in the end it all boils down to some guys reading names off a card, no matter how they try and dress it up.

I've found the draft interesting before when I've had decent knowledge of who the top 45-50 players are and it's been fun watching how it all plays out (only the first round though) after reading mocks for the few months prior. Also enjoy the roster building aspect of the NFL so like reading about the theories behind getting greatest value in the draft.

Do agree though that the process is frequently ridiculous, all the draftniks making confident predictions that turn out to be crap and the absurdity of the combine (http://www.grantland.com/the-triangle/americas-second-greatest-reality-show-a-visit-to-the-nfl-draft-combine-in-indianapolis/). Also draft grades the day after the draft, completely meaningless guesses solely there to get page views.

Haven't really been following the players much this year so won't be watching, just hope the Lions don't pick a running back first round.

Well thats in the books and shock of shocks Winston went first and Mariota was second. I agree with bandwagon, the worst part about the draft is handing out grades the day after. Its basically a bunch of writers saying which teams did what they expected and which teams did something different and therefore stupid. Still 2 more days of this to get through, then were into what will be the preseason proper.

Guilty!
Take that!
Though why Brady refused to co-operate with the league is beyond me, it only made him look even more guilty.
Love the fact that his first game back is against the Colts

I think everyone saw this coming, but hell appeal and get it down to 2 games or something anyway. Unless the NFL really wants his return to be against the Colts, which is just unfair on the Colts cos he will have 6 months to prepare for them.

Brady/the Pats seem to get caught doing one of these weird infractions every couple of years, it was not wearing a chinstrap or something before.

Plays into the hands of people calling Patriots cheats though

I spent way too much time looking through this site today. Lists every erection a team has ever had and compares it to the league as a whole. they do insist on putting "gate" after everything, even gooseberry fool that doesnt have "gate" added to it by everyone else.

Zartan wrote:Not sure if I told you Rax, but at the start of last season I made my decision on which team to support

Welcome to Jetsnation, will also be at Wembley

As for Brady the ban should have been longer, cheating runs through that franchise. Another tainted Superbowl to add to the others.

More importantly the Jets offseason has been superb in my eyes, Free Agency went better than expected. Getting Revis was massive as it also has the added benefit of weakening the Pats, but to get Cro and Skrine on top was brilliant, a revamped top class secondary to add to one of the best front sevens in the NFL, delighted. Offense wise we got Marshall and Stacy for a fifth round pick which is almost daylight robbery, Fitzpatrick is a great backup QB if Geno falters again.

On to the draft, which was probably our best for at least a decade, Williams falling to 6 was unexpected as he is probably the best player in the draft, we are never normally that lucky. Then Devin Smith in the second added a massive vertical threat, Geno has been given the tools now and if he can continue in the way we ended last season with Decker destroying the Dolphins then we will be fine. I was desperate for us to draft Petty and was watching live when we traded up to get him in the fourth, he'll be sitting for a year at least to transition from the Baylor spread system which is totally unlike the NFL but this guy has all the attributes and had cartoonish figures the last two years in college.

Overall the new GM has knocked it out the park and is a total breath of fresh air in an organisation that was like a circus for the last three years. Coach Bowles is obviously a lot more grounded than Rex and we will be running an offense that will suit our Quarterback not work against his skill set.

Ok we're not Superbowl contenders just yet, but we could make the play-offs this year. The AFC East might well be the best division this season, obviously the Pats are favourites but their defense is weakened, no question whilst Jets, Bills and Dolphins have all upgraded their rosters substantially. Could actually be a competitive division for the first time in a decade. 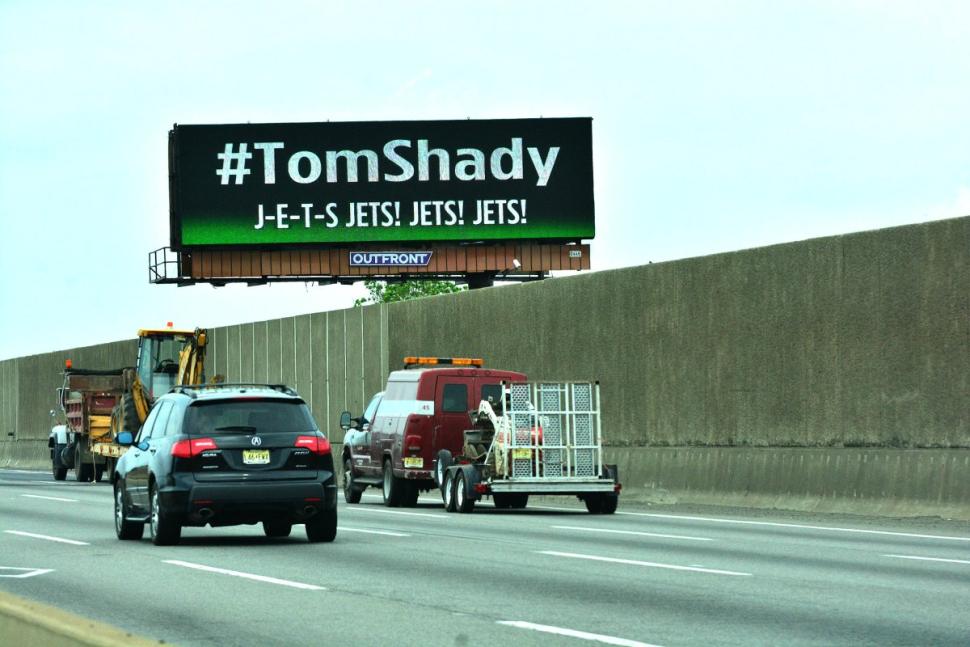