Let's crack on with RE5 eh?

Anything to do with games at all.
Post Reply
107 posts 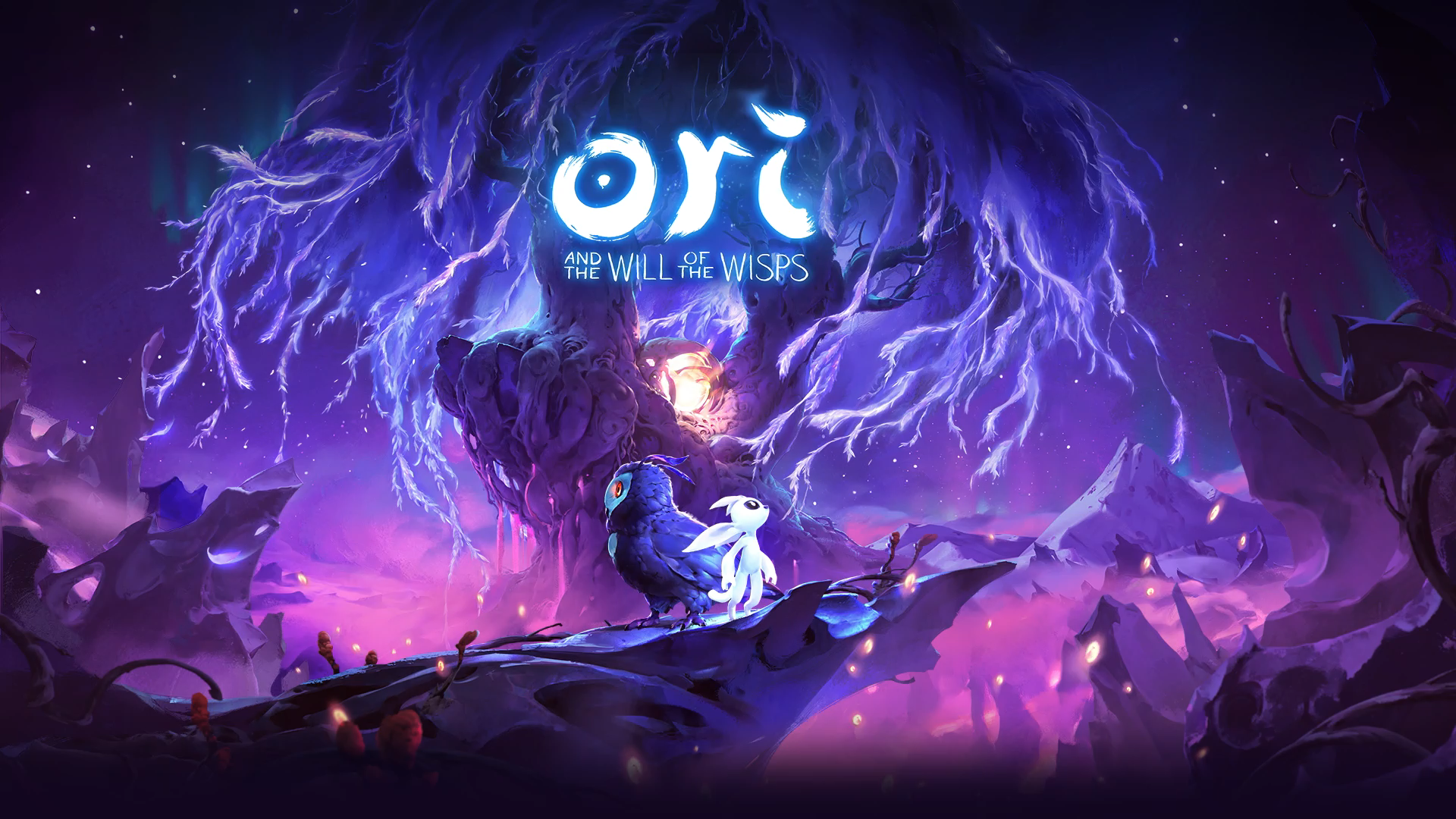 From the creators of Ori and the Blind Forest - the acclaimed action platformer game with more than 50 awards and nominations - comes the highly-anticipated sequel, Ori and the Will of the Wisps. Embark on an all-new adventure in a vast and exotic world where you’ll encounter towering enemies and challenging puzzles on your quest to unravel Ori’s true destiny.

Immerse yourself in a hand-crafted narrative experience

Spirit Trials - Race to the top of the leaderboards in unique speed-run challenges throughout the game. Spirit Shrines – Face increasingly challenging waves of enemies in timed trials to collect rewards.

In Ori and the Will of the Wisps, Moon Studios has taken an excellent foundation and made even more out of it. Its many new elements expand on and add to the first game’s fun without bogging it down or becoming overcomplicated. And that’s really the best praise you can give a sequel - it stays true to the spirit of the original, doubles down on what made it great, and gives you more stake in the world and options to navigate it. Ori and the Will of the Wisps is an excellent heartfelt follow-up that pushes the series to new heights.

The story is fantastic, the world is breathtaking, and all of that pales in comparison to the wonderfully made gameplay that soars both as a platforming and combat game. Moon Studios has outdone itself with Will of the Wisps, delivering an experience that doesn’t have any lulls, makes the player feel clever, and just keeps getting better as it goes.

Ori And The Will Of The Wisps is one of the most charming, engaging, visually striking and emotionally touching games I’ve played in a long time. It’s difficult but fair, complex but intuitive, and gruelling but conquerable. It’s a game in which you are the light illuminating the world – literally, as Ori’s glow acts as a constant visual centrepiece, defining the darkness, and working with the colour palette, in each and every environment. And when I eventually recognised and realised the titular Will Of The Wisps, I almost immediately decided to plunge the world into eternal darkness for a second time, just so I could save it all over again. I know that sounds mad, little Moki, but trust me. I’ll save it quicker this time.

With the need to go bigger, Ori and the Will of the Wisps loses some of the simplicity and innocence of the original game, but it steps up in turn with bite and refinement. It's the perfect companion to Ori and the Blind Forest, and is an early defining moment of the decade to come.

I prefer Ori and the Blind Forest for its compactness and simplicity, but Ori and the Will of the Wisps is also worth playing to the end. It trips over its complexity at times, and really doesn't need so much combat, but it's gorgeous, funny, and the triple-jumping could go on forever without getting old.

After the stunning Ori and the Blind Forest, I found it hard to imagine Moon Studios being able to one-up themselves with Will of the Wisps and yet it's another beautifully crafted chapter in a series that is held so dear and treasured. As a platforming exercise, it's slick and sublime, it has evolved in subtle ways and Ori's world has grown a little larger as a result. While Ori and the Will of the Wisps is a sequel that'll challenge your resolve and temper your spirit at times, its final act will fill your heart and have it bursting with joie de vivre.

It's quite honestly almost absurd that this game costs just $30. Simply put, Ori and the Will of the Wisps has more of a soul than many $60 "AAA" titles I've played in recent years, and is a cherishable experience I'm sure I will return to repeatedly for many years to come. There wasn't a single moment throughout Will of the Wisp's powerful campaign that I felt bored, or fatigued, and the ending left me with an immediate sense of longing for more of Ori's enchanted world.

You may want to wait a little while after launch to see if the issues I encountered get smoothed out to get the best experience, but the issues did little to stop me having an incredible experience. Ori and the Will of the Wisps is a true joy.

A gorgeous, tear-jerking platformer which improves on absolutely everything in the first game and ranks among the finest Metroidvanias available today.

Day one if Willo, Arthur, Mavis and Evil Edna turn up in this.

No mention of a date, I assume? Next year then. This looks incredible, though.

No good without Kenneth Williams though.

I thought you had the first game for ages without playing it.

It was only 7 months later. How dare you day I would wait a year to play it.


From the creators of the multi-award winning "Ori and the Blind Forest" comes the highly anticipated sequel: "Ori and the Will of the Wisps.” Embark on an adventure with all new combat and customization options while exploring a vast, exotic world encountering larger than life enemies and challenging puzzles. Seek help from discoverable allies onyour path to unravel Ori's true destiny. Discover more at http://www.xbox.com/ori.

Will be interesting to see how they handle the story elements. Will Ori start the game fully powered up? Highly unlikely, but how will they justify it?

I really hope this makes it over to Switch at some point.

I’m sure it won’t be soon but any time in the future would be great.

Also, the Collectors Edition IS limited, so it'll probably be sold out very quickly. If anyone lives in Vienna or sees me at Gamescom or E3 at some point, I'd gladly sign the Box for you

We specifically designed a classy, beautiful black box and asked Microsoft to only use high quality materials, which is why there's a 20$ gap between the normal edition and this one, but I think collectors will deem it worthy, I certainly would

Gareth's Piano Collection Soundtrack CD is also exclusive in that box and the hard-cover ArtBook that's in it also looks super nice. We worked together with Future Press on it for the past few months, it contains tons of artwork that was created by Moon over the past 4 years... I think the value for the box will quickly go up instead of down due to the limited availability.

I think we feel pretty confident internally that it'll be one of the strongest games out next year - We've been putting years of hard work into Will of the Wisps and are polishing like crazy still. We're not too afraid of any month, what matters is that when we launch, you'll be able to sit down and feel like you're playing something truly special - that's what we want to deliver

Yeah, it's been a long road, but we're pretty happy with where we are right now and there's obviously more stuff being worked on in the background that's already shaping up super nicely. When Blind Forest shipped, we were still a crafty, smaller indie dev, but by now we're becoming more and more of a powerhouse and we'll soft-announce something soon that should clarify that we're not messing around and are going to compete at the highest level. It's gonna be fun

Btw, with combat, it's not just about looks. This time around we hired Formosa to do all the sound effects for Ori. They worked on stuff like Mad Max, John Wick, Frozen, etc. and in games they were responsible for the SFX in God of War, Halo and the likes. It's super important that the sound effects overall are super satisfying, that contributes a lot to the whole experience of making combat and platforming feel super satisfying

I hope people will notice the new lighting engine and Animation is also a big step up from what we were able to accomplish with Ori and the Blind Forest. We since hired some of the best keyframe animators in the industry (I honestly hate the trend that everything out there in games is Motion Capture, that always just results in wooden animations in my opinion... so our goal is always to really hone Keyframe Animation and let our Animators be the artists they are), we upped the animations to 60fps and added a ton more animations for every move, so everything feels a lot more fluid now. I love the storm shot in the trailer where Ori gets separated from Ku, the animation there is top notch

Internally we're also pitching around the idea of maybe making a version of Will of the Wisps that supports 120hz on the Xbox Series X, but that'll be up to Microsoft to decide, so feel free to tweet Phil about that

I think it'd be neat if Ori would be one of the first games to ring in the new era of console games supporting a higher refresh rate than 60hz. A lot of TVs out there already support 120hz and by the time the XSX launches, that'll be even more commonplace, so people should have content that makes use of that new tech