Vermilion wrote:Picked up a first edition Prisoner of Azkaban paperback today for £1, might be worth quite a bit more than that.

You can tell the edition number by looking at the line of numbers at the bottom of the page i've pictured below, the lowest number on said line is the edition number (i found this out when reading an article about a first edition Philisophers Stone which was worth a huge amount of money).

Obviously first editions of the last four books were released in much larger numbers and so aren't really worth much, but any of the first three can have value.

Holy gooseberry fool. Well done!
Different publishers use numbers in different ways. I'm assuming you mean, that, how the Harry Potter publisher uses edition numbers, means you were able to identify it being a 1st Edition.

Good luck with those stickers. You might want to look up Goo Gone.

Saint of Killers wrote:Holy gooseberry fool. Well done!
Different publishers use numbers in different ways. I'm assuming you mean, that, how the Harry Potter publisher uses edition numbers, means you were able to identify it being a 1st Edition.

My copy may be paperback rather than hardback (which is what the article is about), but the numbering system is still valid.

Does the combination of those stickers mean it was free?

Trelliz wrote:Does the combination of those stickers mean it was free?

Now that you mention it, there does seem to mixed messages there.

Saint of Killers wrote:To my eyes the trainers look like they have abstract/stylised waves on 'em.

And 3 off the wall logos on the heels!

The stuff from Zavvi arrived today..

The official Zelda merch is rather gooseberry fool so won't be going for any of that again and the hoodie is shorter than I like, reminds me of something from strawberry floating Primark

Nintendo's licensee for merch is Bioworld in the UK who use the cheaper Gildan supplies (not all bad, I use their high end stuff myself) so yeah they're nothing fancy and neither are their print methods all that impressive. I have a splatoon hat which the plastisol logo is all smeared and was stuck together when I received it.

I actually prefer Gildan fit. I have a number of band shirts that are gildan and they fit me the best out of all the shirts I have.

Qwertee use Gildan as well and I love the semi-fitted cut of their tees. It's quite a flattering cut.

Are you going to return the stuff you don't like?

It could be any number of blank SKUs to be fair.

I have a Splatoon T-shirt which is a Gildan SoftStyle, nothing wrong with those shirts but they are too thin in my opinion (especially white which is 5 or 10gm2 lighter than colours) and lack detailing.

It's unusual for their hoodies to be long and I use a few of those, so it could be Anvil (subsidiary brand) or another more "slim/fashion" type alternative.

But Gildan Hammer is my standard tee, 200gsm2 ringspun and combed with a seamless dense rib knit collar. I haven't seen any in the wild yet, for some reason, probably because they're more expensive and turntable screen printers are strawberry floating cheap. That's a eurofit so it's slightly more flattering but still a box cut with no side seams. They're basically identical to Uniclo shirts. It's pretty much a perfect cotton shirt. For blends and organic and other sustainable tees, you have to look elsewhere. I really want them to produce an organic shirt but they believe their agriculture is actually better than organic practices, so hard to know who to believe when it's the manufacturer producing those reports. I'd use continental clothing the UK but they have stock issues and probably won't grant carton rate, but I can't really go into wholesale costs for these things.

I like the ones by Tezuka. The black and the white one especially, but will hold off for a £2.90 sale

Saint of Killers wrote:Are you going to return the stuff you don't like?

Nah already wore the hoodie. Its more of a conscious thing with when I was overweight with the gut and even if there's no gut there now its a hard thing to shake out my mind with clothing 4tb version for £79.99 it finally got to the point where i needed that extra space in the ps4 and 2 Tb just wasnt quite cutting it anymore

Arrived today in the mail, because of the lack of a UK release (supernatural boxsets normally come out in the autumn, but this one didn't), i had to get an Australian copy, plays fine though as Australia is blu ray region B just like here. 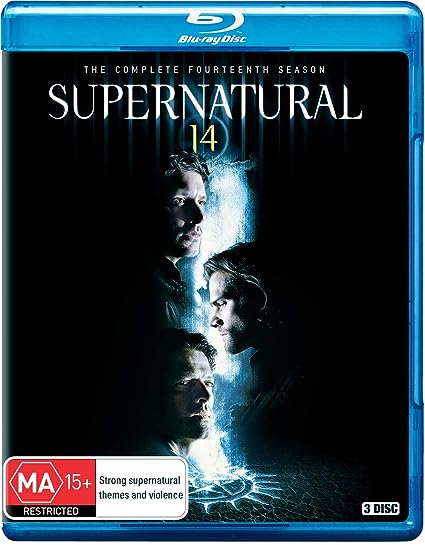 With the deepest of respect, Verm, why the strawberry float are you still subjecting yourself to that shite?

Chocolate-Milk wrote:With the deepest of respect, Verm, why the strawberry float are you still subjecting yourself to that shite?

Carry on my wayward son, for there'll be peace when you are done, lay your weary head to rest, don't you cry no more.

Chocolate-Milk wrote:With the deepest of respect, Verm, why the strawberry float are you still subjecting yourself to that shite?

Nowt wrong with Supernatural, you just clearly have no taste.

Hey, I watched 10 seasons of that tripe, when it stopped being good after 4. I did my time.