Anything to do with games at all.
Post Reply
195 posts

Moggy wrote:...there will be a version of the consoles that ships without any physical media capability...

To be honest I'd be okay with the principal of this. But - but! - you just know that the manufacturers wiould use this as an excuse to drive up game pricing and to evolve the "service rental" aspect. The digital Stores would be monopolised distribution. Even now, newer "big" titles are being priced at £90 (including season pass). Imagine if there was no competing retail channel

Absolutely, but that is the way we are heading.

Hopefully governments will put a stop to it under competition laws and force Sony/MS to allow other companies to sell games on the marketplaces. You could have the console manufacturers online store as well as Game, CDKeys, Amazon, etc all selling games via PS5/Xbox2 with their own sales and pricing structures.

I bet MS/Sony will not do that until a big territory (US or EU) force them to though.

I suspect the future is subscription only. We will own nothing.

I signed up for the 7-Day trial of PS Now.

I didn't have a PS3 so there's a good number of games on there that take my fancy. And if it's gooseberry fool I'll cancel it.

As a platform it works really well. Honestly quite surprised by it.
Some games run like pants though (Star wars Force unleashed was pretty bad).
But others are great. WRC rally was running really well and I didn't notice that it was being streamed at all.

I think all being said I'll still cancel this in a week as £12 a month is a bit too steep for what is essential a last-gen game rental service. But the potential is good.

Hahaha, PSNow has a queue, 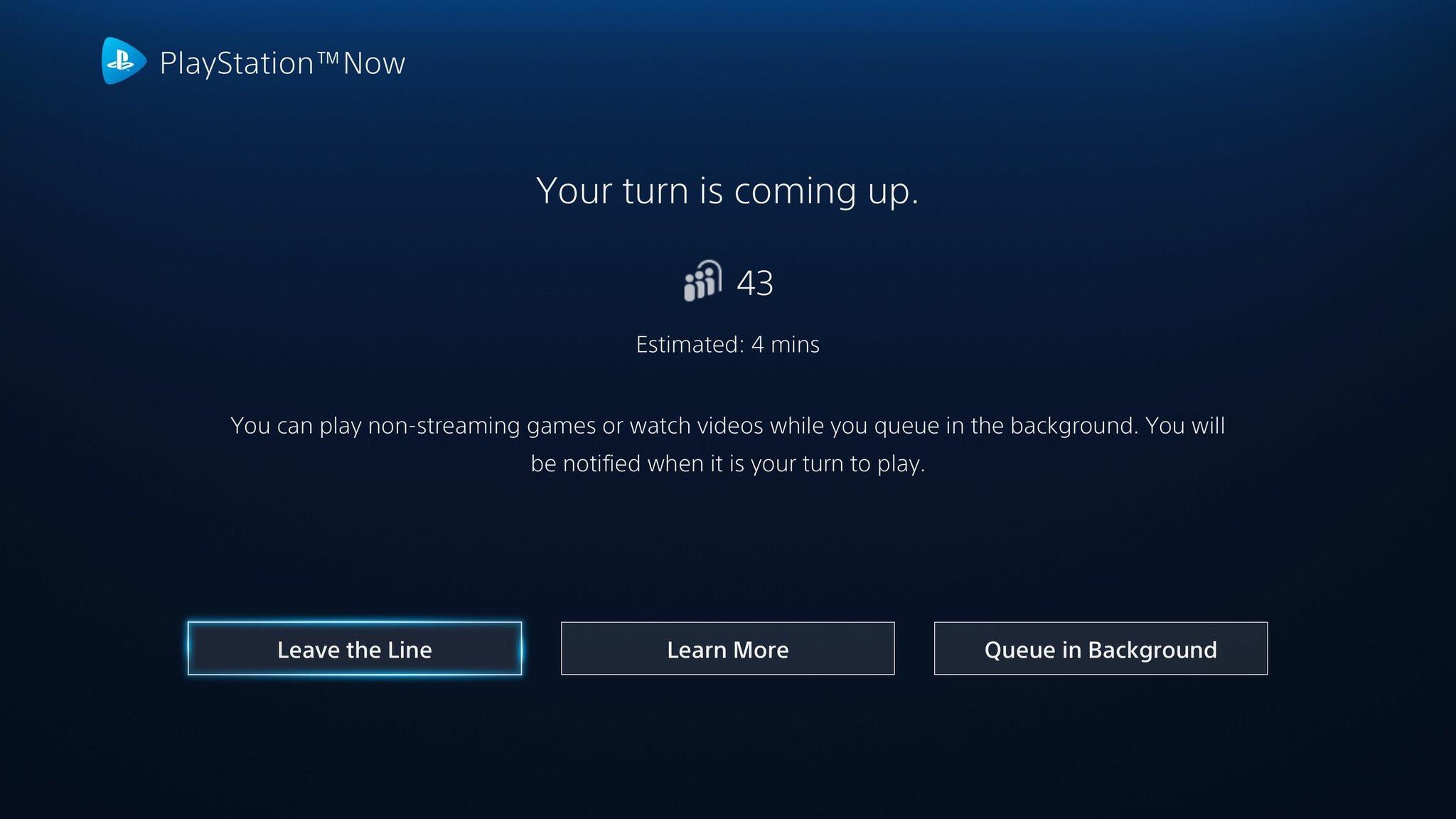 Remember when you had to wait in an actual queue to play games in Playstation Home?

I don't even remember PlayStation home.

Bloodborne with lag, what could go wrong?

Y'know, it didn't even occur to me that it'd be different to streaming, but of course it is. That was dumb of me.

Competition is a good thing.

7 day free trial is back

These games will be available from October 1, 2019 until January 2, 2020. Each month, the service will add a new selection of marquee games that will be available for a limited period. The marquee content is on top of the existing offering of popular evergreen titles that are added to PS Now on a regular basis.

Does anyone here use this service? What is the quality of streaming like?

£50 is a great price but there is no where near the range of current gen titles. I'm very surprised about GTA V. It's a third-party game that's still a best seller. What's interesting is that God of War is relatively recent and it's being included so perhaps Sony are testing the waters here.

Those games are only in there for a short time apparently.

I’ve paid for a month and played two PS3 games that would cost a fortune to buy second hand, and I experienced zero problems with lag and stuttering. Sure they aren’t going to break the PS3, but it’s far better than what I experienced on my free trial at the time it was first introduced.

But I wonder how it will be like with games that requires fast reactions like Uncharted 4 and God of War.

BUT as you can download them on to your PS4, it wouldn’t be a huge disadvantage. So I think I would jump in PS Now after I’ve finished a few games especially Borderlands 3 which is a huge time sink.