Remember that unless that gooseberry fool is soldered to the motherboard you can probably upgrade RAM to whatever you want for not much money, that might give you some wiggle room.

fwiw I've run a £1650 MBP for 10 years now and having repaired it a few times and its internal GPU melting itself on the motherboard basically, I wouldn't necessarily trust their "includes a GPU" options or any higher clocked CPU for that matter, however I would imagine you are willing to fix these things.. In which case, the fact it works at all given most laptops are built to die within 3 years is something. I use it every weekday for work.

Generally I'd recommend an Asus or Lenevo laptop for work or one of the higher end Dells from what I've seen. Asus manufacture MacBook motherboards btw.

With Dell's cheaper models, I've had some pretty shitty experiences, for one a friend at university their HDD died and Dell were a ballache to replace it, another they supposedly replaced a touchpad only for that to die again (kept getting error 10 device driver has stopped in Device Manager). Maybe you can get a Dell with a more palatable aftercare/support plan or some kind of third party cover for it.

You would like Unix a lot on OSX I think, but you can always install Linux.

I've owned two Dell laptops. In the first one hard drive died within 3 months of me owning it and I lost everything (turns out there was a bunch of laptops shipped with faulty Samsung hard drives. Rather than just sending in the HDD for a replacement, they insisted I RMA return the entire laptop. Second one the motherboard died a week after the warranty ran out and they wanted a ridiculous amount of cash to fix it. strawberry floated them off for good and I've been on MacBooks since.

That's exactly why from a cursory look at build quality etc I'd only consider the more expensive Dell machines that are generally used by corporates/"executives" etc and maybe come with longer warranties or care plans. The plasticy stuff lower down the range seems to be aimed at students and families who can pretty much expect their laptop to fail in under a year because "that's what computers do innit / computers hate me lol".

Macbooks you can buy a 3 year warranty (Applecare) for about £70 I believe which is almost certainly worth it because they really aren't designed/built/assembled to last any longer - the engineering is fine but there are mistakes still in the past, for example wrong values of capacitor used to take the heat, instead of fixing this Apple just kept using the same flawed circuit for the "switched on" GPU circuit and ignored the problem until they lost a class action years after everyone noticed Macbook 2010/2011s with Nvidia GPUs were killing themselves from thermal overload/cut off. They've since switched to ATI graphics or Intel Iris on the Retina models I think. But all it came down to was this one strawberry floating 2p component that was out of spec for the thermal temperatures reached in real use case scenarios. This is all exceerbated by the design which takes in air and expels hot air, takes in hot air and heats it up more, takes in hot air etc etc all through the same place (the hinge) which is strawberry floating stupid. That's because Apple don't like to have visible vents on their laptop and similar stupid gooseberry fool which defies logic.

My MBP can easily burn my legs and is currently running at 65C while typing in a browser and goes to 100*C doing anything heavy. And that's having replaced the giant wad of thermal compound they wack on over at Foxconn in Shenzen and replaced with Nocturn stuff, which helped a bit. I also have to use a software hack that downclocks the GPU by 30% - not that I can use it anyway. Integrated graphics are fine.

So I'd stay away from discreet graphics on Macbooks anyway. I'd actually recommend a lower spec'd Macbook over a more expensive one exactly because their thermal performance is so bad (mine was maximum spec for the time). Ever since the unibody design they just run too damn hot doing any serious work.

All laptops have their flaws, sadly Apple decide to design them in because it looks nice. I'd definitely shop for a 2-3yr extended warranty whichever you go for. I think most Asus machines are 2 year whenever I look.

Maf's Dell had a Samsung hard disk, that doesn't surprise me. Still feel about suggesting a Samsung laptop to a mate who's HDD died within 3 months.

You might want to think about budgeting for an actual decent hard drive too - I replaced mine with a Western Digital Scorpio Black 7,200 pretty much immediately. They are warranted for 5 years independently, so if it fails, you can get it replaced. Just check whether the manufacturer allows you to upgrade the hard disk without invalidating the warranty.

(Weirdly, MBPs before they soldered everything to the motherboard for *reasons* came with instructions for replacing the hard drive, but claimed for many users this would invalidate your warranty. So why have a strawberry floating user replaceable hard disk then?)

I guess the relevant thing would be particular models, rather than the whole output of a manufacturer?

There are a couple of people in the thread who seem like happy PCSpecialist gaming laptop customers. Might be a long shot, but has anyone here got a Dell G5/G7 or a Lenovo Legion recently? Those three seem like possibly the most likely choices at the moment.

Totally out of the loop on laptop brands but I got a PC Specialist custom built laptop in 2018 and I'm very happy with it. It was around £950 that I spent and nothing came close in terms of having an i7 and 16gb RAM and 512gb SSD. I'd assume that's likely to be the case for 2020 too in terms of price:specs.

I use a Macbook Pro for work and it's a lovely bit of kit but it's about double the price with half the RAM, a much smaller SSD and not an i7 CPU. However the battery life is ridiculously good as is the sound quality and speakers.

I've had a MBP in the past (albeit ages ago now) and agree with gecko about it getting really hot on the lap. Was a nice machine apart from that. No windows trackpad has ever been as good.

If you really like the Apple trackpad, you can always get their USB version and use that too. They even released a giant version specifically for this purpose and irrc had it pictured alongside Macbooks as well

Oh yes, trackpads have tried to catch up with gestures and simplistic design, but it must be something with drivers or Windows because scrolling is an unpredictable, inconsistent stuttery mess at times.

Green Gecko wrote:If you really like the Apple trackpad, you can always get their USB version and use that too. They even released a giant version specifically for this purpose and irrc had it pictured alongside Macbooks as well 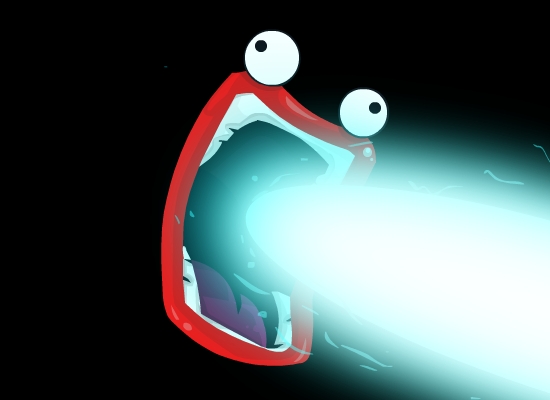 I liked that meme too but then I realised it was a DBZ dude in blackface generally captioned as "Shoop Da Whoop".

The original meme may not have been intended that way, but its proliferation from 4chan most probably was.