Squinty wrote:This home office thing has been kinda frustrating to watch. Especially all the pile on and people sticking up for Priti Patel of all people (like, how?)

Because people treat politics in the same way as football teams. Your player could literally stomp on another players head while shouting “die die die!” and you’ll say “it was an accident and he barely touched him!”.

Yeah, that's it. It is pretty funny though.

Make no sense. But then whatever does these days.

It’s the same with Leavers. For a long time they’ve been telling us we don’t need the rest of the world and that we should buy British, but I bet very few will speak out about things like this: 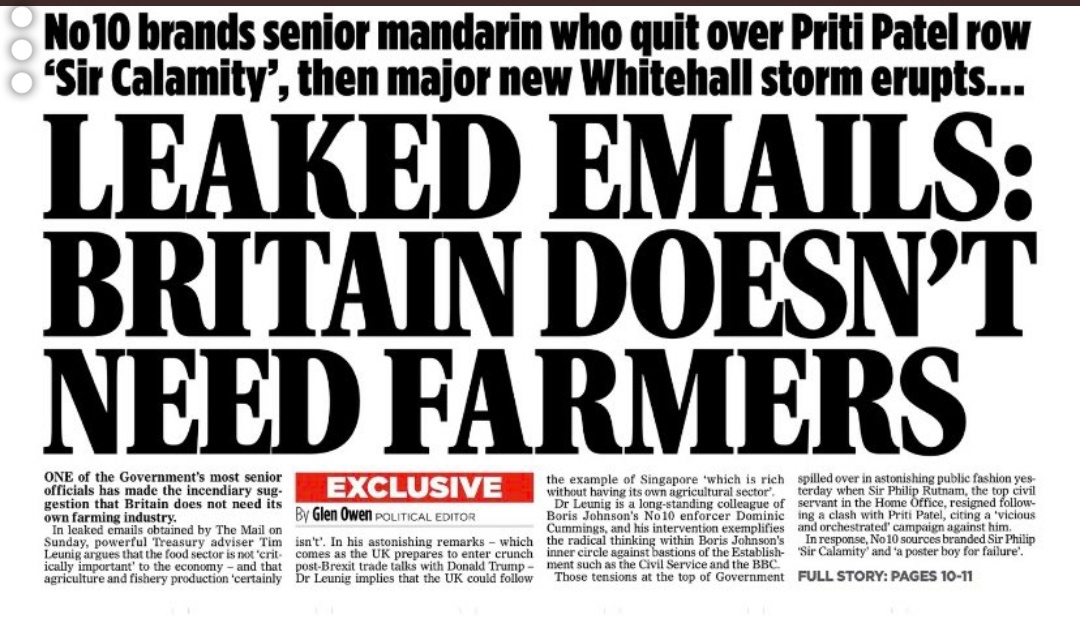 I saw the comments on the daily mail sight they were just labeling him a stupid Remainer. Although to be fair he's right, if you just care about money farming and fishing only account for about 0.8% of GPD. That said I personally think that being able to grow our own food is actually of vital importance to the country.

Jenuall wrote:Not surprised at all sadly, and that sort of thing is only the tip of the iceberg.

It’s going to get worse than just some bankrupt farmers. 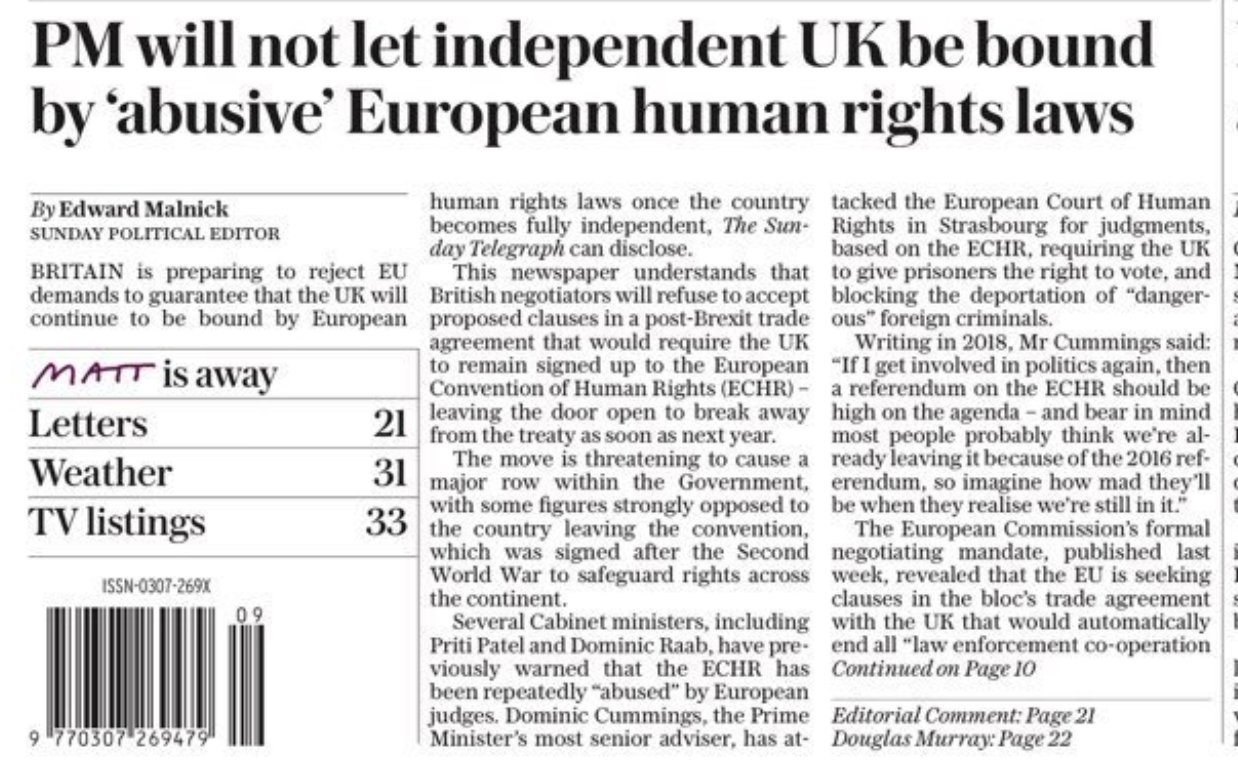 And again, people are defending this on the twitter. strawberry floating idiots.

Who needs rights, am I right.

You’re not right, we need rights but the right are taking the rights away from us which isn’t right, right?

We live in a bizarre time where despite a decade of power and the country deteriorating across the board, nobody seems to be holding the Government responsible accountable, and even more bizarrely they seem to still be able to get away with blaming labour.

The power of government spin and fake news.

I read the Sunday Telegraph newspaper this morning. I honestly can't believe what they've done to this paper. It's now so sycophantic towards Boris and the government it's unbelievable. Proper propaganda type stuff. You half expect the old Iraqi foreign minister to pop up on page 4. It's not until you actually sit there and read the physical newspaper that it becomes awfully apparent why they've suddenly lost all their readers faster than anyone else. 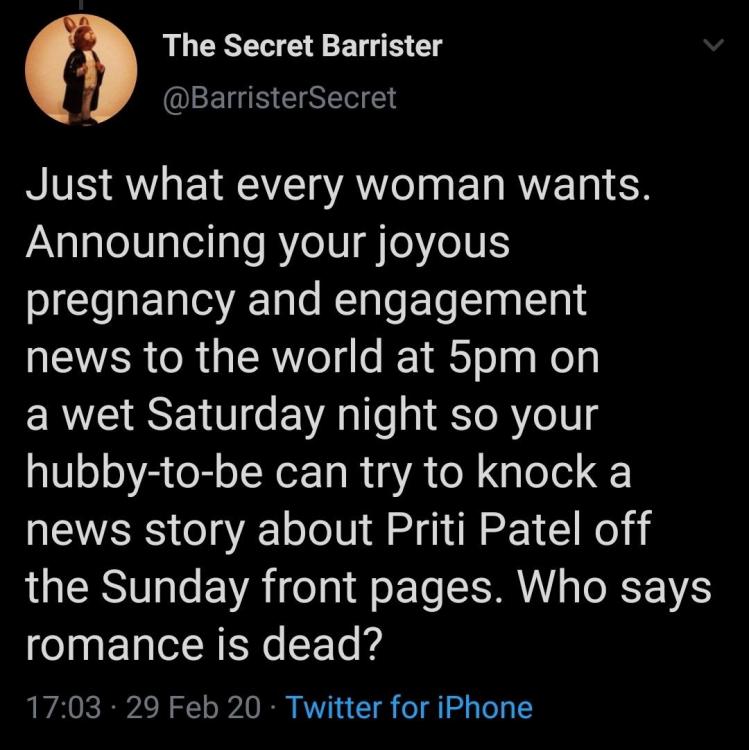 Two of the higher up-ranked comments on The Moan.....

"STOP AT NOTHING"....Good one bludging Boris! As long as you don't have to work over the weekend or come back early from holiday!! Part time, work shy and completely out of his depth you are a disgrace to the office.

I think the Boris honeymoon with the electorate is fast coming to an end. He does appear disengaged. Not what we expected

Flybe has gone under that drop in tax didn't help them then.

Whilst I want that to be legit, I can't help but feel it's been edited given its such a short clip. Really hope it hasn't though!

Whilst I want that to be legit, I can't help but feel it's been edited given its such a short clip. Really hope it hasn't though!

In case you were wondering where the BBC currently is in trying to improve its news coverage, they had Nigel Farage on Newsnight to talk about coronavirus.

Cuttooth wrote:In case you were wondering where the BBC currently is in trying to improve its news coverage, they had Nigel Farage on Newsnight to talk about coronavirus.

That's do bad I'm actually intrigued what he said.


Amusement under late capitalism is the prolongation of work.
Top
Post Reply
2018 posts