Anything to do with games at all.
Post Reply
104 posts 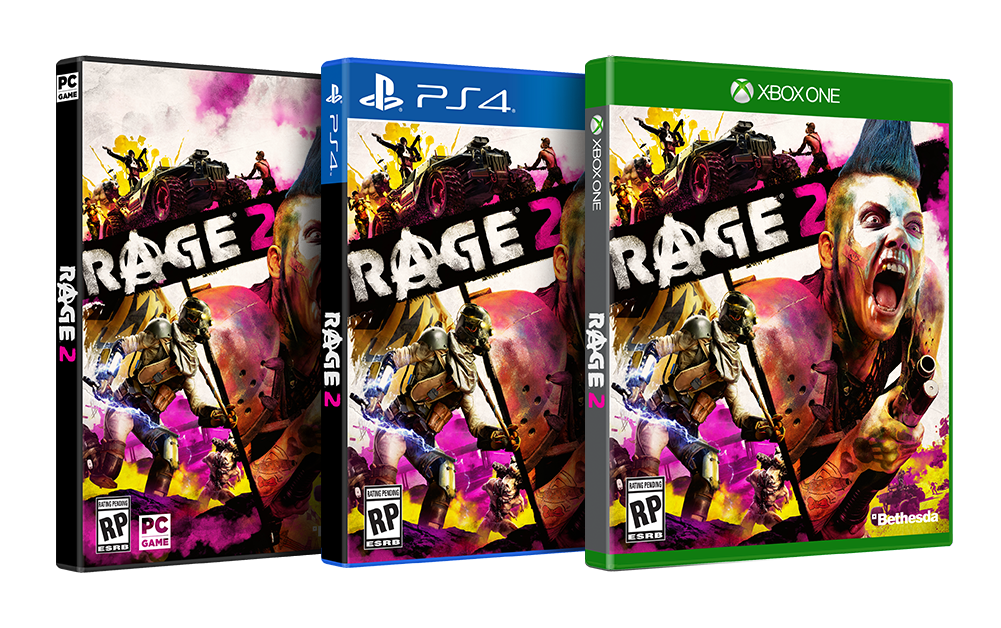 Dive headfirst into a dystopian world devoid of society, law, and order. RAGE 2 brings together a true open world FPS experience where you can go anywhere, shoot anything, and explode everything

Could be good and if it's more Mad Max than Borderlands.

It's by the studio responsible for Just Cause 2 and so I should be hyped, but I couldn't get on with Mad Max and so...

Those colours and the reveal trailer suggest a bit of Saints Row thrown in.

Yeah, I'm a little concerned it's Avalanche. Just Cause games never appealed but Mad Max seemed like a muddled but enjoyable game so should sit well with the original Rage

I had zero interest in this game until I realised it's by Avalanche... the Mad Max guys

. I'm not sure about it, though; I enjoyed Max for the incredible wilderness as much as the fighting - I hope this has huge environments to explore, too.

jawafour wrote:I had zero interest in this game until I realised it's by Avalanche... the Mad Max guys

. I'm not sure about it, though; I enjoyed Max for the incredible wilderness as much as the fighting - I hope this has huge environments to explore, too.

While the live action trailer is garbage, I absolutely love the Mad Max game so with Avalanche behind the wheel I'm confident Rage 2 will be something I can enjoy. As I say above, though, as long as it's more Mad Max and less Borderlands.

I hope they don't scrimp on the story too much. I rather enjoyed the plot of the first one.

That announcement trailer is one of the worst things I think I've ever been compelled to endure. Utter garbage, whoever put that together needs taking out back and dealing with.

Avalanche are solid so there's hope but I'm not holding my breath.;

What the hell is up with that music!!!

The try-hard, edginess of that trailer

Was there anyone in the world asking for a sequel to Rage?

The styling and music *is* a bit cheesy... but I'm still keen to see the actual gameplay. I like that Bethesda are putting this game out; what with stuff like Prey, Dishonored, Doom and Fallout, they're publishing a wide range of titles and I couldn't imagine, say, EA or Activision doing so. Bethesda get a pass from me on this until we get to see more :-) .

Bleachyleachy wrote:Was there anyone in the world asking for a sequel to Rage?

It's more of a marriage of convenience, though, isn't it?

Bethesda 1: "That open world, post-apocalyptic 'Mad Max' game that Avalanche did was pretty good but no-one seemed to notice it. What could we get that team to develop for us?”

Bethesda 2: “How about they work with that 'Rage' IP we own? It's another open world, post apocalyptic game that no-one seemed to notice. Perfect.”

BTW that video is shockingly bad. I like the vivid pink branding and some of the media team's subversive social updates recently, but that video...man...

Cmon it was a fun trailer.

Reading through the first game’s thread just then was a right laugh. The seemingly unending PC vs console war that blighted the forum for ages was in full effect. Summat about textures.

How edgy can the acting in that trailer be when they've clearly been directed to give a somewhat hammed up, "don't take yourself too seriously" kind of performance. Yeah their attire is somewhat edgy, but the characters are really not. And yeah, I thought the trailer was OK, I mean I'd rather have that than CGI gooseberry fool anyway. (Obviously I'd prefer gameplay but what kind of backward publisher allows gameplay in a video game trailer?!)