Anything to do with games at all.
Post Reply
212 posts

Oh my word, this is sounding like game of forever. I've not been this excited for a video game in years, honestly.

The safe room thing sounds quite incredible if it’s true though. Imagine you’ve been getting chased for several minutes, you’re low on health and struggling. Finally you get to a safe room, the music is playing and you relax a little. Then boom, he bursts through a wall and wastes you. I don’t think there would be words to describe the anguish.

Demo out on Thursday.

The 30min demo is out now on Xbox if "you move to New Zealand".

Had a very quick go on Xbox this morning but will wait on the demo release on Steam later today as it feels like it’s running at 30fps unlike RE2 Remakes 60fps which feels weird. Looks lovely on the X though apart from some of the shadows.

KjGarly wrote:Had a very quick go on Xbox this morning but will wait on the demo release on Steam later today as it feels like it’s running at 30fps unlike RE2 Remakes 60fps which feels weird. Looks lovely on the X though apart from some of the shadows.

To me the demo performs better on PS4 Pro than it does on the Xbox One X, so I'm not sure what's going on there. Earlier build, perhaps. Or a poor port, of this demo at least.

Running beautifully on PC. Played about 15 mins before you know who turned up and strawberry floated me up. Thought I was smart and outran him then out of nowhere jumps down from the sky

Does run lovely on PC 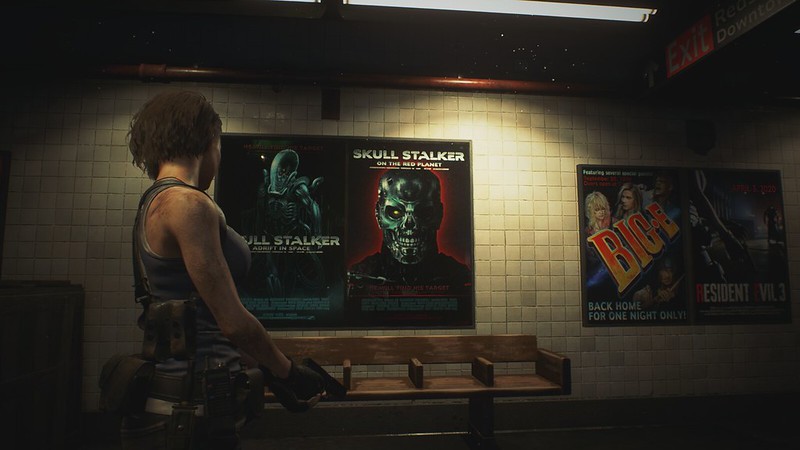 Tried the demo on PS4 and something felt a little off with the aiming compared to RE2. Messed around with the sensitivity but it still didn't feel quite right.

Also, I'm hoping it's only the demo but assuming it's a cutback to provide a bigger, more open world but the physics and zombie damage just seemed to be missing completely. And not being able to open an unlocked door because of an obvious hidden loading screen before Nemesis's arrival kind of killed the tension.

I'm sure I'll love the game on release but the demo has dampened my hype a little. Definitely feels like a game I'll adore but never hold in as high regard as 2, so you could argue it'll be a perfect remake

Yeah a lot of people’s complaints have been the zombie damage like limbs not coming off etc so hopefully it’s just an old build demo or just toned down for it. Either way I’m excited as strawberry float for the 3rd April. Knowing my luck Covid 19 will get me the day before..

How do you get any good at these?

Or I’m just horrific at these games

Go for headshots and when you down them equip the knife and finish them off with slashes to the head to kill them off quicker, unlike 2 Remake the knife doesn’t degrade.

I was absolutely shite on RE2, but as I played more and more and got good at it. It's not bollocks hard like RE1 or Zero. I think I would be shite when I played RE3 for the first time as it's been almost a year since I last played RE2 and I'm sure there's some noticeable different "rules" to be learned.

Digital Foundry has compared the demos. It does indeed run worse on Xbox One X because they’re attempting to run it at 4K:

Previously we've seen Xbox One X as the pack leader in frame-rate, but that's simply not the case for this new demo. The enhanced machines' resolution parity in RE2 Remake saw both consoles deliver a nigh-on locked 60fps, with Xbox One X delivering a small advantage in terms of overall consistency. In the RE3 demo, Xbox One X exhibits clear problems, dropping into 40-50fps territory in the main shopping area and dipping still further into the 30s for cutscenes. The big distinction between gameplay and in-engine scenes is the addition of a high quality depth of field - and it does no favours for X performance at all. PlayStation 4 Pro holds up, but what Xbox One X gains in image clarity, it loses in frame-rate terms.

Hopefully this is rectified for the game, or allow people a choice like the Tomb Raiders.

Wow just had a major part spoiled by some cuntdribble posting not only what happens in the title but a video to go with it not even marked as a spoiler.

If anyone wants to know reveal at your own peril

It's probably not marked as a spoiler because it already happened in 1998, when RE2 was originally released. The statute of limitations on story spoilers from RE3 has probably passed now.

Corazon de Leon wrote:It's probably not marked as a spoiler because it already happened in 1998, when RE2 was originally released. The statute of limitations on story spoilers from RE3 has probably passed now.

That other character was never in Resi 3 so I can see why people would be annoyed to have it spoiled. I don't think it's really a spoiler though, just a really cool reference to 2 and it's made me more excited to play it.

Oh hold on, I've misread the spoiler. strawberry float! That actually is quite bad, sorry.