Fantastic performance from the supposedly second best team in the world.

Fantastic stuff!! Did not expect that result/Irish performance

Don't be praising Scotland, ad7 will be here posting that GRcade is becoming his local Welsh pub.

What a day in Cardiff. Incredible performance, Ireland just didn’t turn up and Wales were so up for it.

Managed to end up in the VIP room at Tiger Tiger in the evening with all the Welsh players celebrating. Standing on the dance floor opposite a drunk AWJ and Gareth Anscombe with their ties around their heads belting out pop songs is an image I’ll never forget

What a day in Cardiff. Incredible performance, Ireland just didn’t turn up and Wales were so up for it.

Managed to end up in the VIP room at Tiger Tiger in the evening with all the Welsh players celebrating. Standing on the dance floor opposite a drunk AWJ and Gareth Anscombe with their ties around their heads belting out pop songs is an image I’ll never forget

Jenuall wrote:Yes the individual teams need some recovery time, I'm not really disputing that. Although it should be noted that in the Rugby World Cup teams play every week...

It's the organisation of the competition that is the failure, there are just not enough teams to sustain things and having arbitrary weeks where nothing happens kills the buzz. The Rugby World Cup is exciting because there is something to watch every day during the groups and they still manage to maintain momentum going into the knockouts.

I mean, you say you're not disputing that but then you've just called the weeks off arbitrary... They're not. There aren't anymore teams to add to the competition anyway. They could replace Italy with Georgia but that's about it from a competitive perspective and it wouldn't change that much.

But why are you calling it a failure? You may not like it, but it's not a failure. It's a hugely popular annual competition with matches that sell out and generates huge buzz every year. Apart from Italy, most the matches are very competitive too. You're comparing it to the World Cup but there are many meaningless and uncompetitive matches due to a drop off in quality outside the top teams. And because of the nature of the sport and scoring, upsets very rarely happen-unlike in football where a team can nick a goal and hold on to win.


Jenuall wrote:But the 6 nations is so stop/start that the tension and excitement doesn't build up - everyone just goes "how strawberry floating long is it until the next match again?". There are so few teams that within a couple of weeks it can be pointless for all but a couple of teams to even try and sustain interest

I mean, that's very specific to you. Millions in the UK are invested in the tension and excitement each year. Infact you admit you've seen that yourself...

Jenuall wrote:I grew up in Gloucester where rugby is basically the only thing anyone talks about, I've been to "The Shed" and experienced the excitement. I've lived about ten years of my life in Cardiff where massive international games are indeed a big deal - I understand that there can be a huge buzz on match day. Rugby can be a fantastic spectacle as a match, and a competition like the RWC is great to appreciate as it plays out, but that doesn't stop the 6 nations from being a damp squib by comparison.

so I don't see how you can question it other than to say you don't personally like it. Because it's clearly something the competition isn't struggling with.

Jenuall wrote:This years RWC and 6 Nations both last the same number of days (44) - one features 20 teams playing in that time, the other features just 6!

Honestly, this is just a silly comparison. The number of teams is irrelevant. It's about the number of matches each team play that is of concern. If you get to the final you play 7 matches. But that includes two group games against much poorer opposition, who realistically many teams will rest players for. So you're playing your best squad for 5 matches in all likilihood. And that's just 2 teams who get to the final. Yes the top teams will probably have a more gruelling schedule then the six nations but it's only once every 4 years, where teams have prepared their squads specifically for it. Plus the Six Nations is right in the middle of the domestic season-schedules for the players are adjusted for a RWC which they can do...because it's once every 4 years. The Six Nations is annual, and I can guarantee, if they started talking about dropping the weeks off, there would be an outcry because of concerns over player health. And why would they? It's not a problem that needs fixing even if you don't personally like it.

Once the Six Nations is underway, matches should be every weekend. The players have plenty of time to rest in the week. If someone gets hurt, well, that's what a squad is for.

Drumstick wrote:Once the Six Nations is underway, matches should be every weekend. The players have plenty of time to rest in the week. If someone gets hurt, well, that's what a squad is for.

The Truth™ right there!

And there has been talk of dropping the extra weeks, for reasons including ones I've mentioned!

I don't know where that Jenuall post came from, but whew.

Calling the 6 Nations a damp squib? 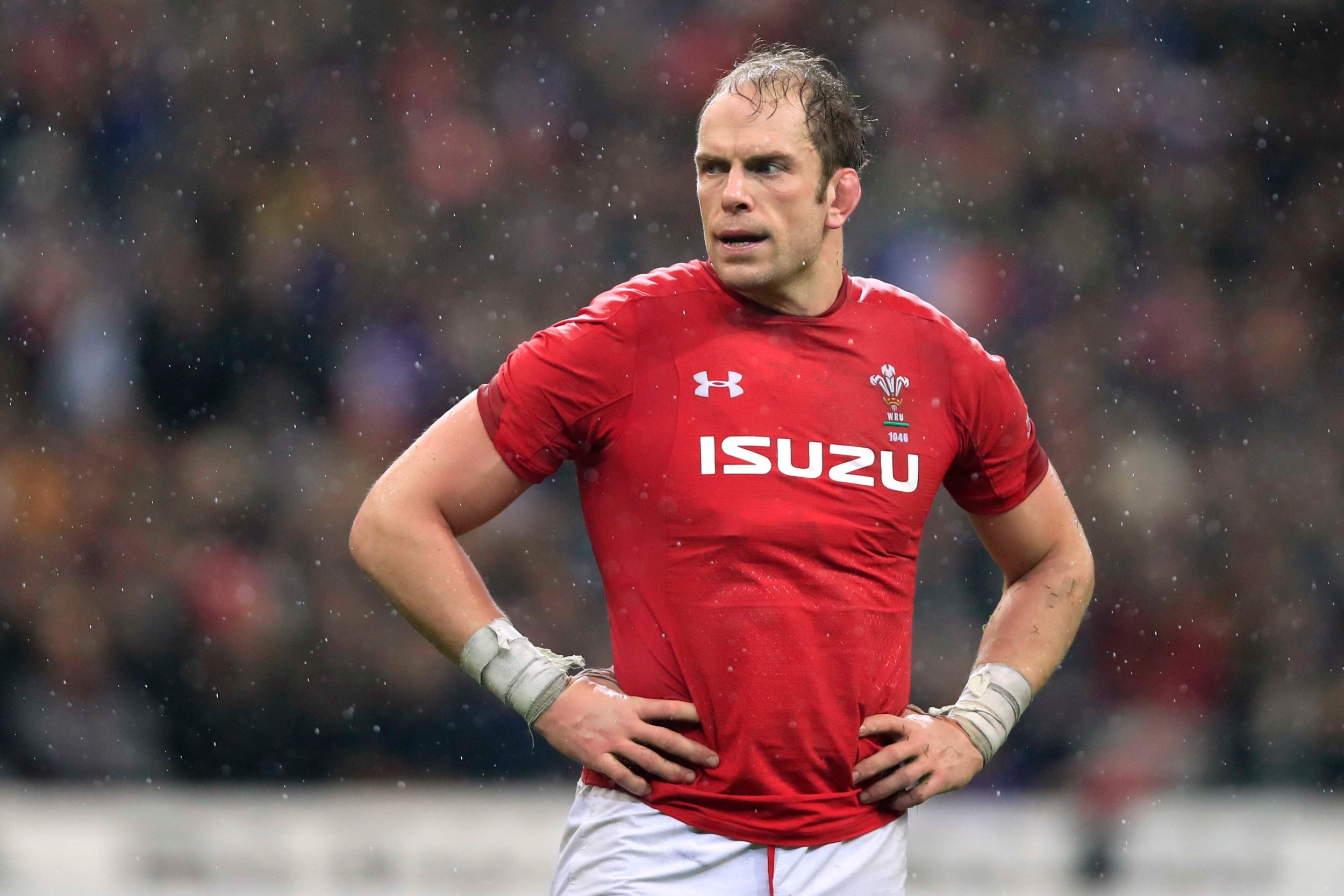 It came from Truthtown, population: me.

Individual games in the 6 nations can be brilliant, and it gives everyone an opportunity to bash the English which always seems to go down well, plus I guess it gives the Italians something so do other than womanising. But for me the small number of games and frequent breaks mean it lacks the competition vibes and excitement that other international events bring.

To be honest the 4 times I've seen Wales achieve Grand Slam, along with the Epic 30-3 steal of England's Grand Slam and the WC win at Twickenham, have all been the best sporting moments of my life.

Maybe that's as I've supported an under-achieving Liverpool as a football team though.

I think Wales getting to the Euro Semi's in football was pretty special, but compare that to the excitement of them Grand Slams, it's nothing in comparison.

And then there was that world cup run to the Semi Final's in 2011...I know you're arguing about the 6 nations in particular...I just loved that, and still begrudge France a little for pipping Wales that day.

Maybe for a smaller nation it's more important? England has other sports to be invested in. Rugby League, Cricket, Golf, Jousting, Morris Dancing etc. For Wales Rugby Union is the sport everyone gets behind.

Sure seeing them do well in the football is nice...but no-one has a bloody clue it's on half the time. A 6 nations weekend, everyone knows and it's all we're talking about.

No, I mean, how long ago did you post it? I've gone back several pages and can't find it. How far is Tomous digging?

I get what you mean though, about the breaks. They really do make the tournament feel broken up. However, I think if we're going to reduce the down weeks, we can only do so if the players are happy to do so with their current work load.

Not only does a 7 week system take longer than it needs to, it also means club rugby games go 7 weeks without being able to field a first team, rather than 5. Ideally, the Premiership and the Pro 14 would go on hiatus during the tournament, so that the regional game aren't spending a significant portion of the season with most of their first choice squad missing. Not that there's any chance of this happening now that there are South African sides in the Pro 14, who won't give a gooseberry fool about the 6 Nations schedule.

I don't agree that any of that makes the tournament less exciting as a whole though. 6 Nations games are routinely some of the most exciting rugby matches every year. Yes, Italy games can sometimes be a drag, (but far from always,) and I do think that there should be some kind of relegation/promotion system for second tier European Rugby nations, partly because it's the only fair and sustainable way to encourage a more competitive international game. Same for the Southern Hemisphere Championship, ideally.