Parksey wrote:Season 1-5 were great (though 2 and 3 in particular are where it really hit its stide). The tail-end of 5 and then all of season 6 is where J.D. started getting a bit too "zany" and was less realistic as a character. 7 is a bit odd because it was messed around too much by the writer's strike. Season 8, I thought, was a fine way to end the show and got back round to the character development side of things.

At it's best, I thought Scrubs was pretty well rounded for a sitcom. It was able to tug at the heart strings like the best dramas should do
Think that one where all three of their patients die, the one where Brendan Frasier dies, the one with all three transplant patients die... basically any episode where someone with lines in the script dies.

They ended it pretty much perfectly as well, so it's a shame that there was no Season 9.

Thats the episode I just posted, it made me cry

I liked season 9 better than the last few seasons of "real" Scrubs. It took them a while to get the new students to mesh but once they did it was often quite funny. It's very good but depending on the episode can either make you very depressed or very happy. Each episode has great LOL moments and some hard hitting true utterances about life and situations.

I find that once you've watched an episode it's impossible to watch again without being bored shitless. It's on far too often now.

I love scrubs. Without doubt one of my most favourite tv programs of all time. Such a strong array of leading characters, fantastic mix of comedy and drama. Awesome is the only way to describe it. Such a sad loss of tv series.

Also for those who don't download American tv and haven't seen season 9, e4 are showing it at 10pm from a week this Thursday. At least I think that what the advert said.

Jam-Master Jay wrote: It's on far too often now.

We're talking about Scrubs, not Friends

Jam-Master Jay wrote:I find that once you've watched an episode it's impossible to watch again without being bored shitless. It's on far too often now.

It doesn't help that E4 cut the episodes to shreds so that they can show them at 10am on weekdays.

I loathe this show.

Watching the episode with that guy from Will & Grace.. Is that Dog Travis from Cougar Town in the M.A.S.H. flashback?

I'm no good with dogs.

Loved this when it started and I usually hate yank sitcoms. Can't remember when I stopped watching but it was ages ago, probably shortly after Turk and Carla had a baby.

Scrubs season 1 - 5 is golden. After that it's all gooseberry fool.

) There were a few other decent episodes in Season 8. I'll agree that 7 was pretty terrible, though.

Just watched up to the season one episode where Cox is going for his "perfect game". Wish they'd managed to get the rights to use that Five For Fighting song on the DVD version of the ep. The track they replaced it with just sounds lame

Up to the season 2 finale now. "I have stress-induced dyslexia and you know that, Doctor Oslek..."

Wonder if they'll ever do a Friends and re-release them all in HD. According to the cameraman they're filmed in high-enough quality for it.

EDIT: Season 3 opener now, and we all know what that means...: 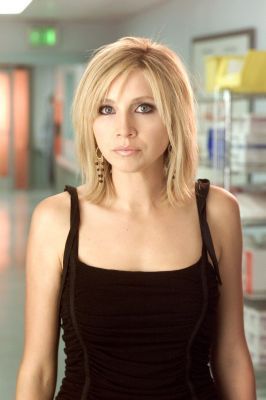 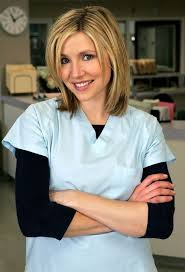 My picture was actually Elliot from the season 3 opener, though

Also, I didn't know she's actually fluent in German and ok with French in real life.

Really great for four season, varied in quality massively for a season or two and was gooseberry fool by the end. The last episode (the proper one before the awful season 9 thing) was really really great though.

The "sit-com" episode is genuinely awful. It just sticks out like a soar thumb from the legendary episodes.

Users browsing this forum: No registered users and 172 guests