So you've ruined your life...

My lad has joined a band and is now performing in pubs. 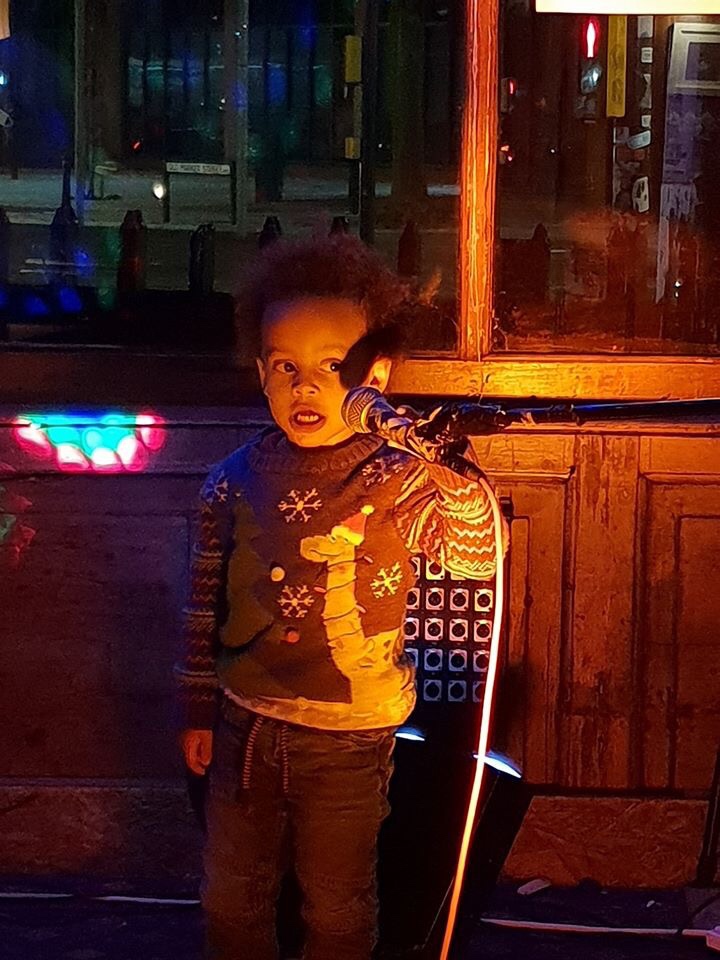 Looks more like he's doing stand up. Also, that is an awesome sweater.

Silent Right wrote:Looks more like he's doing stand up. Also, that is an awesome sweater.

”Did you hear the one about the Englishman, the Irishman and the black guy.....”

It is a cool sweater, I can’t take the credit as my mum bought it for him.

My lad is getting too clever for his own good.

He was out with my mum on Sunday and she was drinking a coke. My mum is well aware we don’t let him have it so when he said “me have some?” she said no. He then said “have at Grandma’s” (Grandma is my wife’s mum), my mum said she didn’t think so and he then said “Yeah grandma let me have cake, biscuits and coke!”.

Later that day my stepdad drew a picture of my mum and when my lad saw it he said “boobies!”, my stepdad laughed and said “that’s nanny!” and my lad then pointed at it, looked at my mum and said “put clothes on nanny!”.

He is still answering “boobies” if you ask him what Grampy drew on Sunday.

Yesterday he asked for the Netflix Boss Baby cartoon to be put on. As I didn’t want to watch it, I told him that Netflix didn’t work on the TV in the living room and so I couldn’t out it on for him. He thought for a while and then said “mummy put it on that telly”. I was outwitted and caught out in my lies by a 2.5 year old.

Little ones school emailed me this morning about 'Triple P' which is basically a company that helps parents that have kids with 'behavior' problems. I can only presume it was sent to every parent in her class/school because going by all Sophie's Parent Teacher meetings (the last one being just before xmas) she's apparently VERY well behaved and top of her class in Reading and Writing. (I honestly think games have improved her in this).

It got me thinking though, obviously the wife and I don't need this company but do kids get THAT BAD that people need a consultancy? Maybe they do because I always think to myself that if a kid is an absolute demon then the parents are to blame.

it's the first time that's happened and felt pretty nice. It really feels like he's started acting more like a child rather than a baby in the last month.

D'awww you guys this thread <3 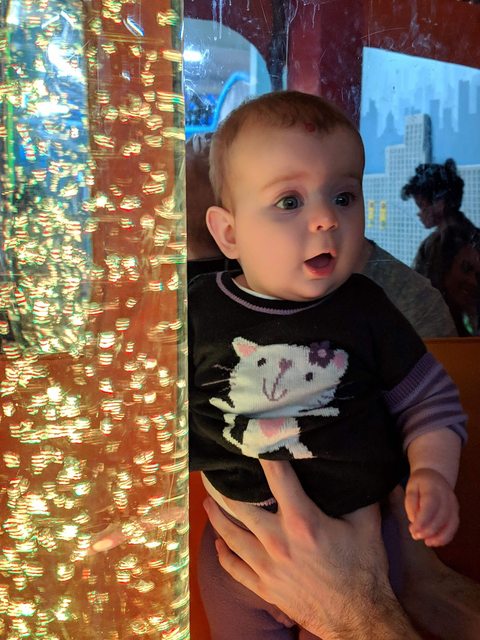 My youngest is now 6 and eldest is 11. Time flies.

There's no such thing as a good, good life, just look at what happened to Veronica Wang. Why did I even watch her latest post where all did is scream and say bad words.

So I'm working on my computer, wife comes up from the side, and when I turn to look at her she squirts her breast milk in my face and laughs and runs off. This is a common occurrence.

She says this is something lots of women do, I doubt that. Can anyone confirm if their wife has given them an eyeful of breast milk?

It’s probably quite normal that they can squirt milk like that.

Clarification point: is this milk being squirted from a bottle or, y'know "direct from the source"?

+1 for that's really weird. Next time she does it, gooseberry fool on her tits. For balance.

Jenuall wrote:Clarification point: is this milk being squirted from a bottle or, y'know "direct from the source"?

Direct from the source.

Jenuall wrote:Clarification point: is this milk being squirted from a bottle or, y'know "direct from the source"?

Direct from the source.

The taste is pretty good too.