DarkRula Does Racing... on GTA V

I hope your all isolating upon your return from France

Where, where are the goddamn mandatory before and after pictures?

Drumstick wrote:Where, where are the goddamn mandatory before and after pictures? 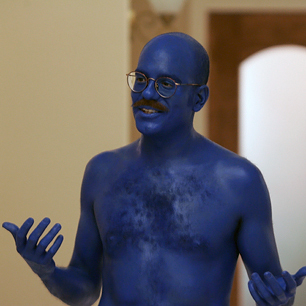 The actual before and after (before on Weds). 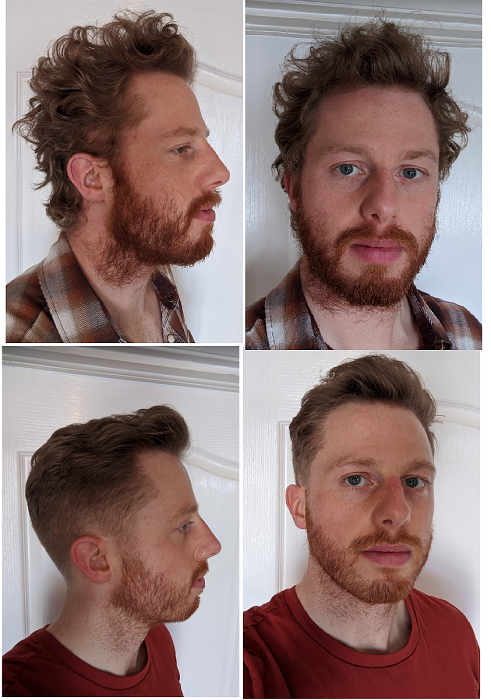 Hair has been 4.5 months since I got it cut (back and sides were the same length in middle of March that they are now, but I didn't ask for much off the top this time). Beard has only been growing perhaps a month at most, as I've trimmed it a couple of times since March.

It looks like a wedge has been cut above my ear, but it must be the lighting or something because that shape isn't there now. Bridge of nose red due to mask rubbing.

Would have been £9, but I left the change so a tenner (just for the hair, I did the beard myself). Really, really glad I got it done - been wanting it tidier for bloody ages.

How is everyone doing haircut wise at the moment? Barbers and hairdressers are closed again here which means it has once again been a long time since my hair was tamed. I had planned to get it done back in December but then everything got shut down again!

I think I've cut my own hair 3 or 4 times over the last few months, and I've got reasonably good at it now. It's not perfect, but looks decent enough. Trying to do the back of my neck around the hairline is so awkward in the mirror, but it's got a bit easier. Saves me £15 as well.

I'm still too scared to attempt cutting my own hair, I just no I would make an absolute hash of it!

Got my ticket on the Eurostar booked.

I've dyed mine purple. I need to get my hair trimmed though, its halfway down my back now.

My wife does hair amongst her many talents, so I've not had to pay or worry about going to get it cut in many years.

I haven't had mine cut for ages. I'm thinking of trying to grow it out again but it's at the annoying flicky stage so I need to decide if I can be bothered to power through it

I got a haircut about a week before the London lockdown so that's probably around 4 weeks now. Had a feeling that the barbers would be forced to shut so went shorter than normal but I'll be looking scruffy by February.

During lockdown 1 I had to resort to using my Beard Trimmer to shave my head. Nowhere near skilled enough to do the back and sides shorter than the top so just did the same short setting (nearly bald) all over.

Also took forever using a fecking beard trimmer instead of proper hair clippers but they were out of stock for months everywhere. Definitely need to get decent hair clippers rather than go through that again.

Victor Mildew wrote:Got my ticket on the Eurostar booked.

Drumstick wrote:My wife does hair amongst her many talents, so I've not had to pay or worry about going to get it cut in many years.

My wife doesn't do hair but I don't really give a gooseberry fool about my hair, so I just get her to run some clippers over it when it gets long enough to annoy me.

Haven't had a haircut since early September, honestly in no rush to get it cut when we get out of lockdown I quite like it long.

I had my hair cut about 3 times since summer, but it'll probably be a long time now until it gets done again. Think I'll end up being lazy with the beard again until I can get my hair done. At least it gives me a good opportunity to keep trying to grow my hair more and see if I like it or not.