Anything to do with games at all.
Post Reply
547 posts

Done the update but it’s not listed as an X-optimised title, so it can’t be using all the bells and whistles.


Xbox Series X appears to get the more fully featured range of upgrades. Of the three consoles, it is the only one to retain both the quality and performance modes of the last-gen versions - and both are improved. Quality mode targets 30fps with a dynamic resolution window of 1512p to 2160p, delivering the cleanest image quality and highest consistency of any console version - albeit with a lower frame-rate cap. Its performance mode aims for 60fps, achieving it for the most part with a 1080p to 1440p dynamic resolution range.

By constrast, PlayStation 5 gets a single mode, targeting 60fps and doing so at a locked 1200p with 1440p post-process buffers. It's a more limited upgrade bearing in mind that standard back-compat on the existing last-gen code delivered 1080p, but the extra pixel count and post-processing precision is certainly welcome.

Finally, there's Xbox Series S - it's a huge upgrade over the One S version, again targeting 60fps. No resolution metrics are provided in the patch notes, but we're seeing a dynamic resolution window in the range of 720p to 900p, leaning into Unreal Engine 4's temporal upscaling to give the perception of a higher pixel count, most effective in more static scenes.

Just started this via Game Pass and I have to say I'm pretty disappointed so far. It's like some horrible mash-up of Uncharted, Dark Souls and Metroid but without any of the good parts of those franchises!

The opening sequence (basically everything up to where you fight Lady Darth Vader) was awful - literally just push forward to go through a straight line from point A to point B whilst presumably the player is supposed to be impressed by seeing Star Wars Stuff™ around them? The "oh no the train is falling!" climbing sequence was just

there are zero stakes, there is no challenge, there's no skill required of the player - it's just a cutscene where you have to occasionally press the buttons to keep things moving, I was tired of this gooseberry fool about halfway through the first Uncharted game - how are we still doing this crap 15 years on!?

And the combat. Oh man what the hell went wrong here?! It's awful - truly and utterly. They were clearly inspired in some form by Dark Souls but either didn't understand anything about why the combat in that game works so well or just simply they completely botched what they were going for. It's all too floaty - there is no weight or heft to anything, there is none of the good feedback or cues from animation that the Souls games give you. There is clearly a big skill tree progression thing to unlock so I guess there is some hope that this might improve things but I'm not going to hold my breath.

Finally I need to spare a few thoughts for the character animation. Who the hell thought it was a good idea to develop a third person game (where you spend literally all of your time staring at the player character) and not bother to put any effort into that character's animations? Seriously just walking/running around makes Cal look like he's got strawberry floating rickets or something!

So yeah, not a great start!

Jenuall, you absolute hero. By the end, you'll be hating the game just as much as I did

I've said it before and I'll say it again, if this didn't carry the Star Wars label, no one would've played it and it would have been shelved beside the likes of The Surge and Lords of the Fallen.

I really liked it. It wasn't perfect by any means but it was brilliant to play over Christmas a year ago. Felt like a badass taking on loads of enemies and coming out without taking a hit.

It's obviously still early days (I've just left Bogano after finding the message from the Jedi guy) so there's time for it to win me over, but if it's largely more of the same as we go along then I'm not convinced my opinion is going to improve!

Jenuall wrote:whilst presumably the player is supposed to be impressed by seeing Star Wars Stuff™ around them?

I mean I've not played this game but this is 80% of what I want when I do play a Star Wars game. I think 50% of my enjoyment just comes down to accurate sound effects.

Jenuall wrote:whilst presumably the player is supposed to be impressed by seeing Star Wars Stuff™ around them?

I mean I've not played this game but this is 80% of what I want when I do play a Star Wars game. I think 50% of my enjoyment just comes down to accurate sound effects. 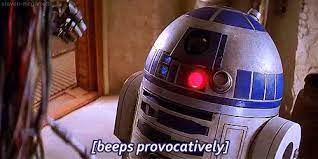 Think you're being harsh on the opening sequence! It's just meant to be a fun introduction before it starts teaching you the mechanics and it doesn't really outstay it's welcome.

The game does have a lot of flaws though and it is essentially a mash up of other games that doesn't do any of the elements it takes better than the game it borrows them from. I would the skill tree progression does improve things, but I'm not sure you're going to enjoy it if you're disliking it so much already.

Possibly, but the opening is supposed to be setting my expectations for the game and all this one does is make it seem like yet another linear rollercoaster ride where the player takes a back seat to everything else. Games have the glorious power to entertain by the nature of being interactive, why do so many games seem to throw this out of the window and reduce the players involvement to little more than clicking a button to move to the next slide of their "cinematic presentation"?

The Bogano area was better than the intro so the trajectory is broadly upwards at the moment, we'll see how it goes!

Oh man, how did I forget about the strawberry floating sliding!?

I'm guessing there is even more of that to come then?

EDIT: And the ridiculous "squeezing through a narrow gap" gooseberry fool - if there's one thing that the SSDs in the new consoles finally kill off I really hope it's this!

I've recently ruined this sort of thing for my wife by pointing it out, because now she can't stop noticing all the loading bits in games.

Those slide things are even worse if you accidentally get on one when they take you right from one end of the level to the other, as there's no fast travel.

Ad: Here's a fun fact about this game that will annoy you everytime you notice it

What is the point of all the gooseberry fool you pick up in loot crates in this? I've found lightsaber parts and what seems like stuff for different outfits - but none of it seems to have any practical effect. Is it all just cosmetic?

What is the point of all the gooseberry fool you pick up in loot crates in this? I've found lightsaber parts and what seems like stuff for different outfits - but none of it seems to have any practical effect. Is it all just cosmetic?

Some are purely cosmetic, others unlock something that gives you an option of how you tackle combat (and associated skill tree paths).

Spoiler
you find another hilt in a workshop at one point, (it can also show up elsewhere depending on the order you've done things) and you then have the option of having a double bladed lightsaber

Fair enough, I shall continue to hoover it all up then

Users browsing this forum: No registered users and 156 guests