Anything to do with games at all.
Post Reply
369 posts

Undead Labs are contracted to make 1 more game for MS but State of Decay is an IP owned by MS. I wonder if MS will use a different dev for the next one?

That said I love what we have but a big budget version with no jankiness would be great.

Never has an idea had 'disaster' written through it quite as thoroughly as that one.

Yeah that’s still the end game... not sure they have the team to pull it off. Just seeing them on streams over the past months... they hired some genuinely (seemingly) stupid people.

Tbh, a few of the new guys come across as real dickheads.

Playing this all day.

Community are happy now that I’ve moved. I have a steady food and water supply coming in too, I can see myself on this map for a while and I can’t believe I can migrate to 2 other maps if I want.

There’s a joke to be made here but I’m not going to make it.

Just a few tips for anyone going to play this tonight/tomorrow, even as a seasoned SoD player their are a few things new to be aware of.

- As tempting as it can be, try to keep your party relatively small at the start. I made the mistake of enlisting a fair few people and most of my first base was taken up by beds.

- Influence is very important, you use it to gain outposts, and new bases cost a lot of influence. Best way to get influence is to clear out infested houses and blood plague hearts.

- Blood Plague hearts get harder each time you attempt one. Make sure you have explosives for the plague hearts on third one onwards. The Z's all die when the heart does but seriously I nearly lost my leader and mate did too, we bailed into car at last minute.

- Your base has a storage place where you put all your supplies, visit it to randomly unlock ammo and take a fuel can for your car(s). I didn't realize this till very late.

- Helping a friend online gets you a LOT of influence especially if you helped them with a plague heart, it's also good to have a friend if you need things.

- If anyone in your party is injured they won't recover unless your have an Infirmary to Level 2 and that means having 10 cases of chemicals which aren't the easiest to come by. If you can't level your infirmary if your party inhaled gas from a bloater or got other injuries their maximum health and stamina will be capped. You also need beds for them to recover.

- Skill books can only be used by someone who already has that skill. Like a person who has as skill in medicine can use a first aid book it to max it instantly but won't be able to use a mechanics hand book etc.

- Don't attempt a Plague heart at night, you'll be too disorientated, also always ALWAYS bring an AI companion, if a feral jumps you, they can hit it off.

I found a few bugs too.

- A weird one was at one stage the camera froze in place and I could move my character off to the distance and off screen etc, it was really weird. Had to restart.

- An open door needs to be opened 'again' to walk through, this happens ALL the time, mostly in your base.

- One of my cars hit a slight bump and practically exploded, it hit maximum damage instantly.

- My AI companion vanishing, then not being allowed to pick another one cos I 'already have a companion'. Fixing this means a restart.

- In MP, my mate couldn't see the Z's that were attacking him, he also couldn't open car doors to take Z's down.

I didn't take much notice but I think it's about 26gb? I remember the initial one being 20ish and I think it got a patch that was 6gb.

I must say that despite the bugs I'm REALLY enjoying it, again, if you liked the original you'll get on with this.

I see it a a mostly single player game, because although the rewards are great, there's not much the guest player can do, although my mate could fix all his guns using my facility I set up that he hadn't got. I see MP mostly as a trading avenue and occasional help with hard things to do.

I thought the plague infection was a bit pointless as I have like 8 vials of a cure already but kinda finding out now that to take a later blood plague heart down you're going to get infected, so you'll need them. Another thing is the maps, my map is farmland and stuff and base is pretty isolated, surrounded by fields, mates is in a big town that's bigger than anything on my map which is kinda cool. 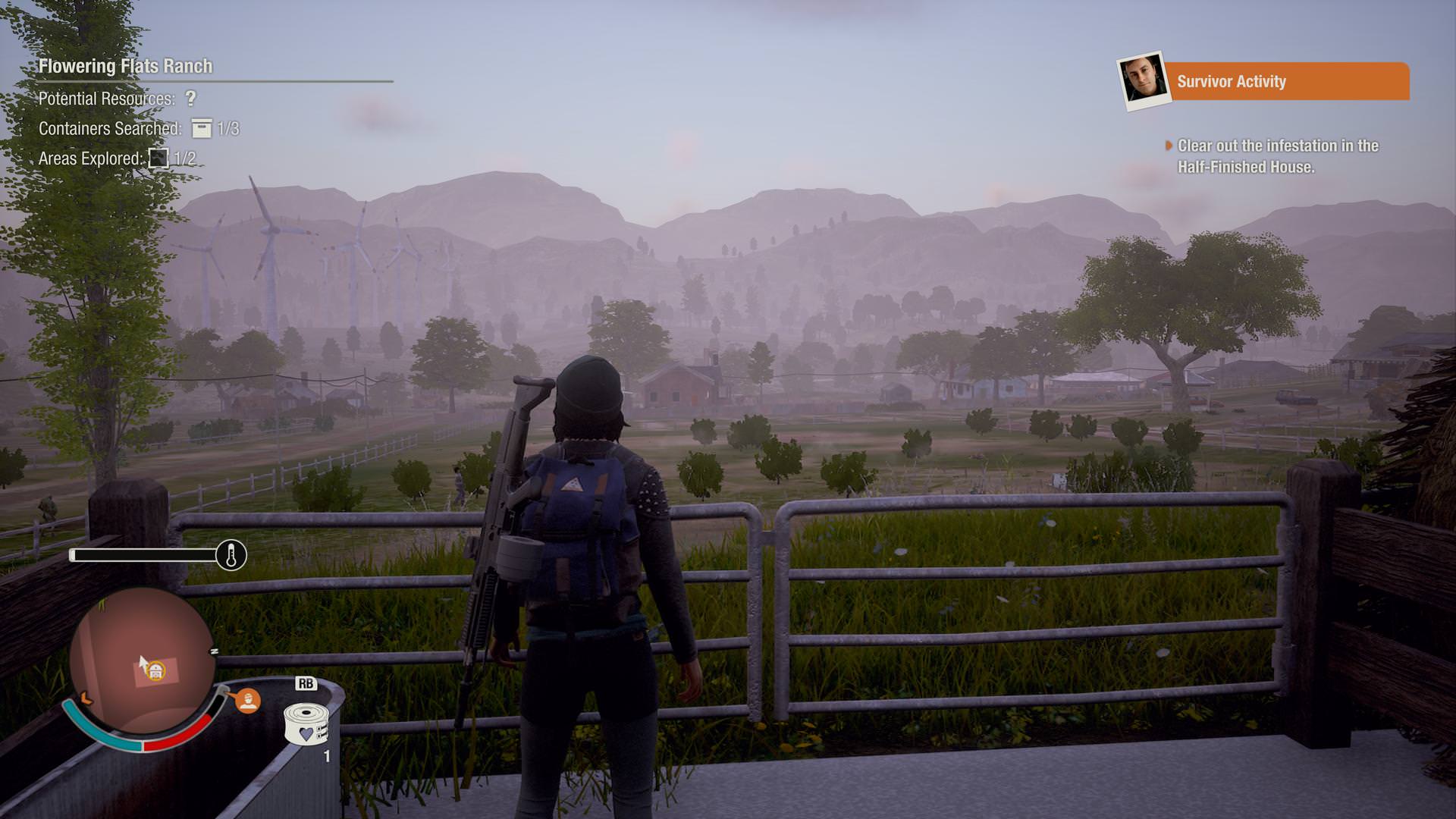 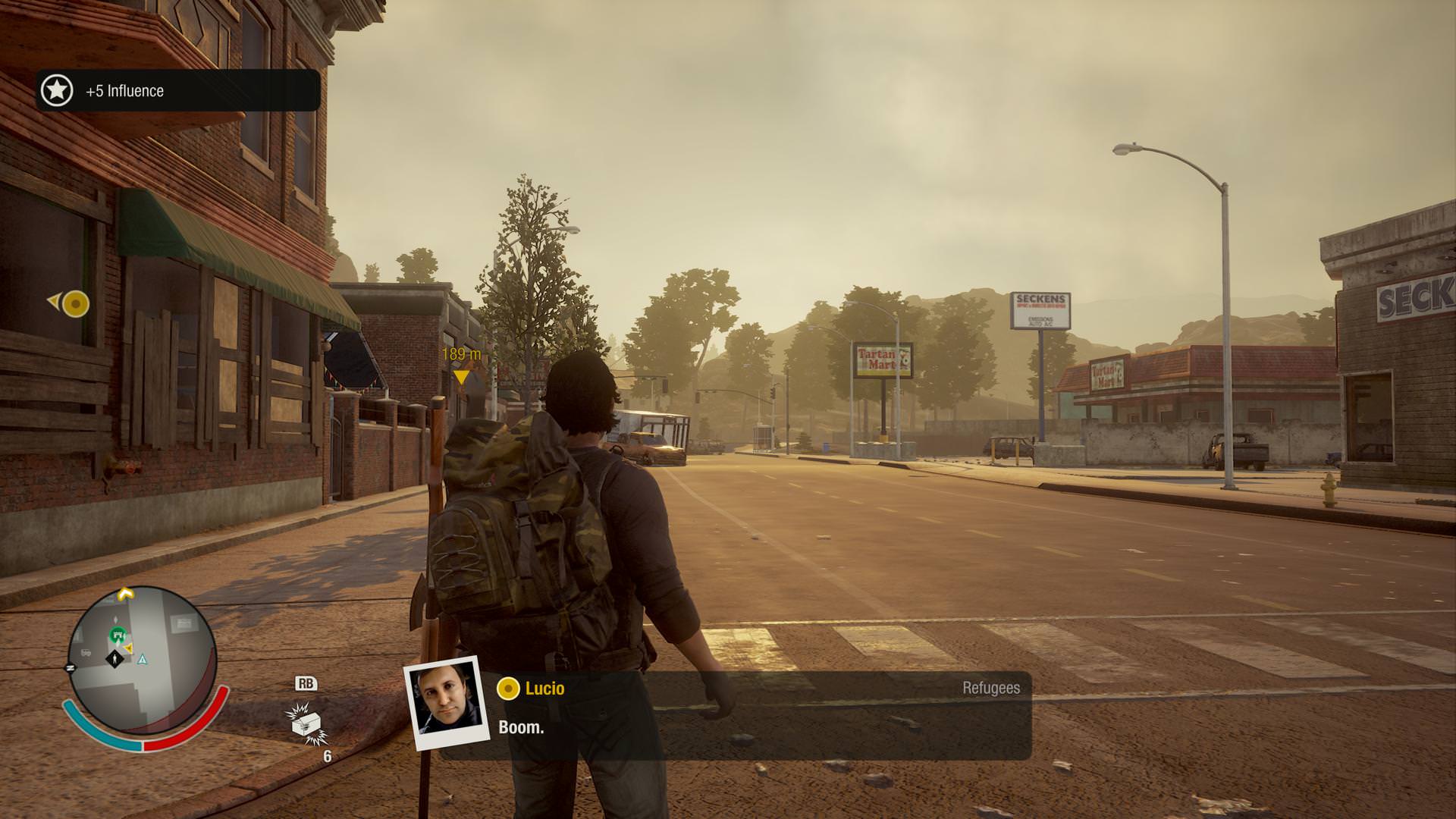 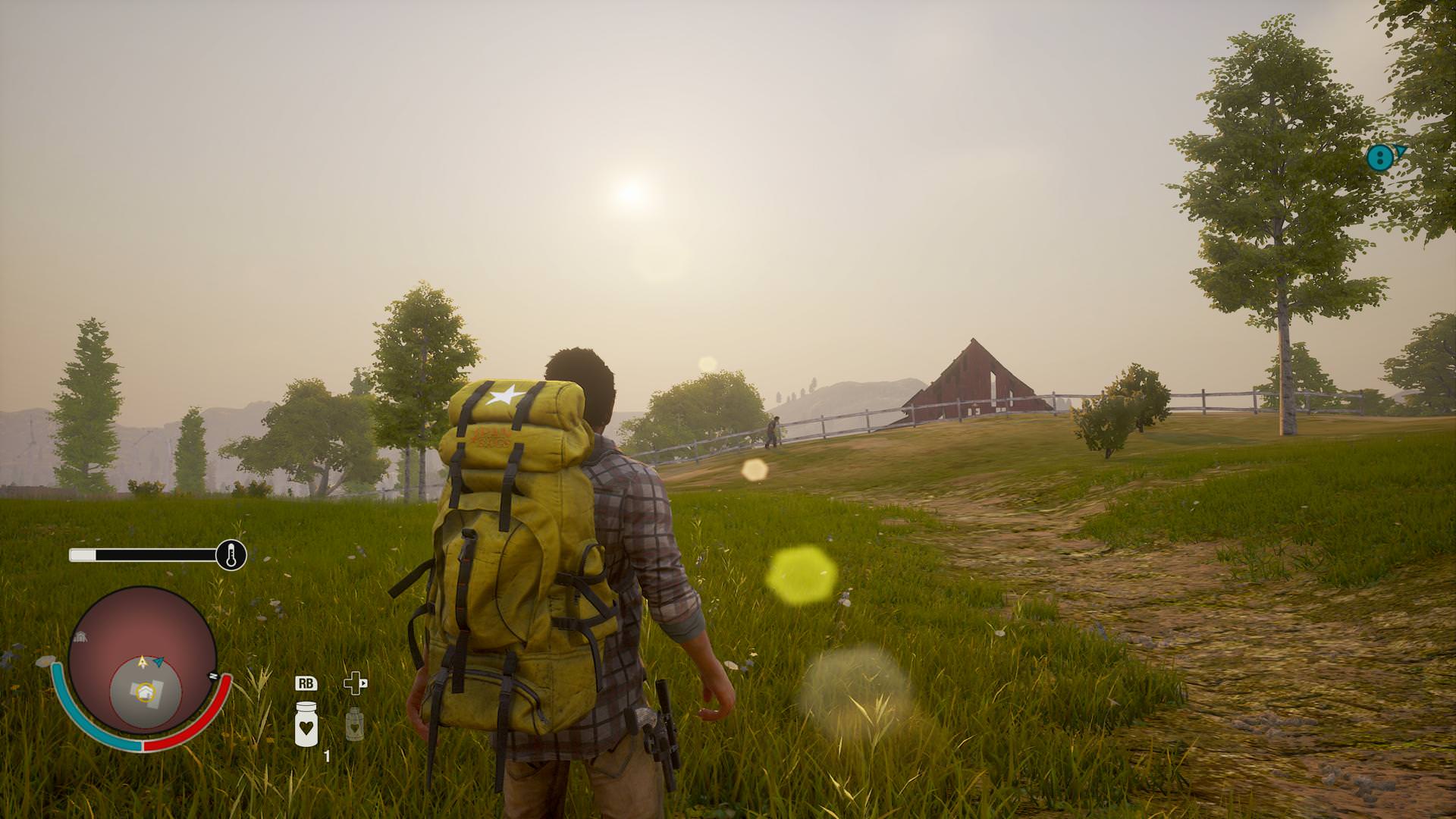 Up on Game Pass now and downloading on the X think I'll download to PC too.

So is this a sim game? I played the first a little, but was planning to download this on the pass. I a not a huge fan of having to create my own game e.g. create weapons, build stuff, but I am assuming this game is that? I was hoping that the co-op element would just make it a more action based game.

I like how things can turn out with your small band of survivors. I have a gang of 8, I started with Eduardo and Cate who used to be a couple. Townsend is our army dude and the doc (can't remember her name) makes sure folk are ok. I took on four more survivors, Sean, Joe, Santi and another lass (can't remember her name either). Santi had some fighting nouse, and joe was a former mechanic. I made Eduardo our leader, he has a calming effect, (he was an undertaker before the apocalypse after all).

At one stage my entire crew were either tired and/or injured (took me AGES to upgrade Infirmary) so I had to use Sean. I don't like Sean, he's a gormless looking pleb and he has no skills to speak of.

I ended up using him in the most risky of circumstances the thinking being, 'if he dies It's no big loss'. Unfortunately he's survived all of the various precarious situations I've put him through and has upgraded a few skills. I kinda respect him spitefully now even though his stories are so boring. He recently started arguing with Eduardo our camp leader so I might exile him if he starts up again, I may even execute him but the Santi dude never stops bitching about everything, decisions decisions. I've a couple of survivors nearby who really want to join and seem like they could be good editions, I think one was a former cop.

I stay away from using Eduardo, the guys just gotten better and I think we need our leader, Sean and Joe are my choices when going for a looting run and I've never let the doc leave as of yet, far too risky. I recently had to talk to other survivors who were hoarding guns and not trading, I asked them politely to and they laughed at me, Joe (me) and Cate executed 2 of their 3, third one put hands up and asked to not kill her, so I made her drop all her stuff and leave. Another set of survivors were arguing about one of their neighbours who makes too much noise. I could side with them or the neighbour who radio'd it in, in the first place. I sided against the noisy banana split so he had to move on.

Played the opening 90 mins, really enjoying it. Think I made a mistake putting my 1st outpost so close with it only gaining 2 beds, hopefully I'll be able to destroy it and gain some influence back. Rejected my only new recruit as she didn't seem special.

No bugs other than my XB1 making its noise debut on the character screen.

Photek wrote:Just a few tips for anyone going to play this tonight/tomorrow, even as a seasoned SoD player their are a few things new to be aware of.

- Don't attempt a Plague heart at night, you'll be too disorientated, also always ALWAYS bring an AI companion, if a feral jumps you, they can hit it off.

You get an achievement for that so maybe best to do it earlyish.

My tip - If you park in your bases car parking spot you can go to your trunk and transfer all your backpacks straight to your base with RT.

Got this downloading while I’m at work

Runs at 60fps on mostly Ultra. Shadows and AA knocked down to High as it was dropping in weird areas and hardlocking to 30.

The state of those graphics on Ultra, especially the signs

Anyone going in to this for the way it looks might as well not bother.

Was looking forward to this. Sounds a bit cack