One popular game at school was football keepy ups, trouble was, we didn't call it that, for some inexplicable reason i don't fully understand, the game was known as banana split.

Squinty wrote:We played Curby. Which was basically throwing a ball at a curb.

I remember that one as well. A bit unbalanced when the curbs are different heights, but we managed.

Tsunade wrote:There was a game called Aki 123 in my neighbourhood.

We played that, I'm from West Heath.

Is Birmingham just made up of hundreds of heaths? King’s Heath, West Heath, Small Heath, etc.

If there's a west heath it's only fair there gets to be a north, east and south too

We talking about Birmingheath again?

Who even knows what a heath is?

OrangeRKN wrote:I heard all of Birmingham is a no-go zone for people not called Heath

I’ll note that one down on my Ledger.

Oh yeah? Where do you want to meet, Dual you knob?

I remember we would all play Aki 123 but no one would actually have a clue what was going on.

British Bulldog was by far my favourite. Absolutely brutal game and could get genuinely epic in the playground when half the school was involved.

we had a multi-level planter in our playground, about 2/3rds of the way across the length of the space. like this but massive: 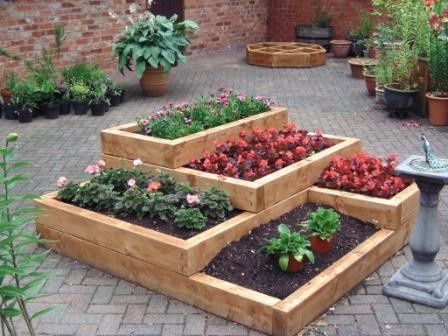 it made bulldog epic because you could hide in the bushes, do epic dodges over and around it.

I saw this post and thought 'what the strawberry float can they do with a second series?'

Think we called it touch.

Knoyleo wrote:There's a new Tom Scott video that briefly touches on what people call that particular playground game, before going on to look at the Simpsons influencing how people remember Jingle Bells, Batman Smells.

Haven['t watched the video past the part with the guy singing it.
Uncle Billy lost his willy on the motorway is what we sang here. Though I never heard anyone say M4 Motorway.